The Guardian’s death-wish for Israel

This was cross-posted on CiFWatch. 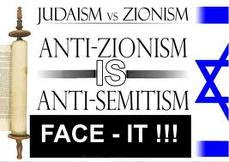 Every time you think the Guardian has reached bottom, it digs and finds an even lower depth of hatred towards Israel. The glee with which their writers speculate about the possible demise of Israel, sorry, Zionism, is completely nauseating. It is a mystery to me that a newspaper which claims to be liberal and pro-democracy could so ardently wish for the destruction of a liberal democratic state and find a plethora of writers to promote their desire.

The article which has so shocked me today is by the execrable David Hearst: “Could Arab staying power ultimately defeat Zionism?”.

Hearst begins his article with words of praise for “sumud” – the word the Palestinians use for steadfastness, staying put. However he lets his bias run away with him when he uses obfuscation and outright lies instead of just stating the facts.

Staying put against overwhelming odds is regarded as a victory. But it is more than just a word. It’s the look in Rifqua al-Kurd’s eyes as she fights eviction in Sheikh Jarrah, East Jerusalem. She lives out of boxes, because when the police throw her out and the settlers move in she doesn’t want the clothes thrown into the street.

No mention of the fact that whenever Palestinians are evicted from Sheikh Jarrah, it is not done at the whim of those eeevil settlers, but only when and if Israel’s Supreme Court has ruled that the houses in question legally belong to the Jews, and that the Palestinians have effectively been squatting illegally.

Sumud sums up the attitude of the Bedouin struggling to stay in 45 unrecognised villages in the Negev, without a supply of water, electricity or schools. Once the entire Negev was theirs, now only 6% is. Israel wants to put the Bedouin in townships while establishing 130 Jewish villages and agricultural settlements on the land. Talab al-Sana, their MP, says: “They want Jews to be Bedouin and Bedouin to be Ashkenaz [European Jews].”

Again, lies and obfuscation. The Negev was part of Israel since partition in 1947.  The Bedouin by definition are nomads and possess no land at all. Under Israeli rule the Bedouin have benefited hugely. To ignore the rights and benefits granted to the Bedouin is breathtaking in its dishonesty.

Sumud crops up in some unexpected places – not only East Jerusalem, the West Bank or Gaza, but in Jaffa, Lod, and in Arab communities all over Israel among people who have nominally the same rights as any other citizen.

So now we come to the real aim of Hearst and his Palestinian followers. By stating that they wish to remain “steadfast” in towns like Jaffa, Lod and other Israeli Arab towns, towns that by any definition and border-drawing are and will always be part of the State of Israel, they are in essence advocating the Palestinian takeover of these towns and the rejection of Israeli ownership of them.  This is another way of advocating the “one-state solution”, i.e. the destruction of Israel as the Jewish homeland.

If Israel ends its occupation of the West Bank, and allows it to join with Gaza, the result could be two states – a Palestinian one alongside an Israeli one. But if you accompany that with a civil rights movement inside Israel, the goal could be very different – a secular, democratic state “for all its citizens”, where Jew, Christian and Muslim are equal. A one-state solution in which Jewish citizens lose an inbuilt majority. The end of Zionism, no less.

Hearst goes on to quote from the discredited anti-Israel “historian” Ilan Pappé:

Trying to be “good Arabs” in Jewish eyes was tantamout to collaboration in Arab ones. But much has changed.

Pappé says: “The people in the West Bank understood what the minorities inside Israel felt like, after years of deriding them for being lesser Palestinians, and that when the main impulse of the power that controls everything in your daily life is expulsionist, staying put is quite an achievement.”

Just the fact that he quotes from Pappé reveals his well-known bias, but the quote itself exposes Pappé’s own prejudice.  Calling Israeli actions “expulsionist” is not only false, but quite hilarious when he himself brings the population figures of Israel’s Arab population:

More than 100,000 Arabs stayed on after 1948 and today number more than 1.5 million, roughly a fifth of the population of Israel.

Next in line for Hearst is another inciting “historian”

Sami Abu Shehadeh: …doing his doctoral thesis on Jaffa as the major Arab cultural and economic centre during the mandate period. It had its own Arabic press, eight cinemas, five hospitals and about 120,000 people. After the 1948 war, 3,900 were left.

It is standard practice for historians at Tel Aviv University to explain the time frame of their research and why it ends when it does. Shehadeh stopped his in 1948 because that was when Jaffa stopped existing as a city. “

I’m sure the present day residents of Jaffa, both Arabs and Jewish Israelis, will find that rather puzzling.

The discrimination suffered by his community is extensively documented. Half live below the poverty line, 48% can not build a house for the next 15 years because there no permits or plans. Only 19% of Arab women with Israeli citizenship are in a job, compared with 65% of Jewish women.

Shehadeh is being –  surprise – dishonest here. Who is it that is preventing Arab women from working? Is it Israeli discrimination or the backward Arab culture that wants its women to stay at home?

But the terrain of their changing identity and allegiance is not so well mapped. Israel demands expressions of loyality from them. Loyality to what, they ask. A democracy or a supremacist state?

The antisemitism displayed in this one last sentence is the real kicker. A Jewish state, a homeland for the Jews, that welcomes people of all nations and backgrounds, where 20% of its citizens define themselves as belonging to the Arab nationality – a nationality whose leaders declare the destruction of Israel as their ultimate goal – and yet who have full legal, political and property rights with full access to the (Jewish) judiciary – this is called a supremacist state.

Methinks the dishonourable professors and their journalist advocate protest too much.