The cost of missing a military opportunity 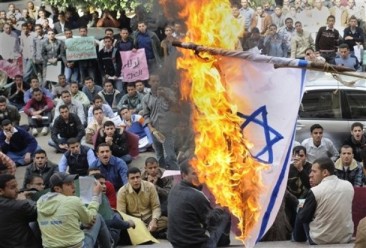 My friend Elchanan brought to my attention an excellent article by Evelyn Gordon on the cost of missing military opportunities, and the lessons that should be learned by both Israel and the US (and the rest of the Western world).

The ongoing chaos in both Egypt and Syria offers few certainties. But one fact is already clear: The military opportunities Israel wasted in recent years won’t come again, and those missed opportunities will likely cost it dearly.

In December 2008, Israel went to war with Hamas in Gaza. But rather than seeking to topple the Hamas regime, it opted for limited goals: weakening Hamas’s military capabilities and deterring it from future rocket attacks on Israel. Toppling Hamas, the thinking went, would entail a larger, longer and bloodier operation, so if a limited operation could achieve deterrence, that would be preferable. And if the rocket fire resumed, Israel could always reinvade; waiting a few years would not make it any harder.

But thanks to Egypt’s revolution, that comfortable assumption has proven false. If large-scale rocket fire on southern Israel resumes and another war in Gaza becomes necessary, Israel will now pay a far higher price, both militarily and diplomatically, than it would have in 2008.

But the dangers of Hamas’s bolstered military capabilities pale beside the diplomatic ramifications of any future Israel-Hamas war. Whereas Mubarak loathed Hamas, the organization is now so closely allied with Cairo that it is considering relocating its headquarters there from Damascus. Egypt’s new rulers are also significantly more anti-Israel than Mubarak was, in part because they must be more attentive to a citizenry of which 90 percent views Israel as an “enemy” and a “threat.”

Moreover, the same could well prove true in Lebanon, where Israel fought a limited war against Hezbollah in 2006, but refrained from an all-out campaign to destroy the organization for the same reason it refrained in Gaza two years later. Since then, according to Israeli intelligence, Hezbollah has tripled its missile arsenal, making it far more dangerous. Far worse, however, is that with chaos reigning in Syria, Israel now fears Hezbollah could acquire some of Syria’s chemical weapons, plus other arms more advanced than anything it has now. If so, the price of defeating Hezbollah in the future will also be far higher than it would have been in 2006.

This is a lesson Israeli and American officials should ponder carefully in relation to Iran’s nuclear program.

These are only very small excerpts. Read the whole thing. Food for thought for the weekend.

3 Responses to The cost of missing a military opportunity