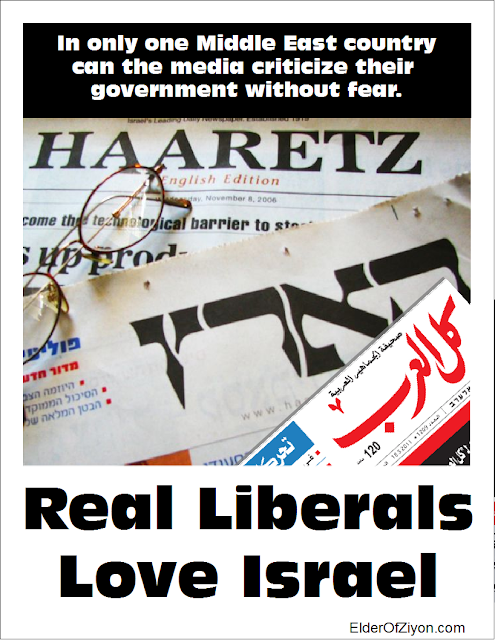 Israeli freedom of the press

An offshoot of the Anat Kam affair was the case of Haaretz journalist Uri Blau, to whom Anat Kam passed classified documents that she illegally purloined from the IDF general’s office where she was serving during her IDF service.  When the IDF demanded that Blau return the documents, he fled to London, eventually returning only after negotiating a deal with the Shin Bet (Internal Security Agency).

It has now turned out that Blau violated the terms of his deal, and didn’t return all of the documents that were in his possession. The State is therefore going to indict him for illegal possession of classified documents.

Attorney General Yehuda Weinstein has announced the State has decided to indict Haaretz journalist Uri Blau. The reporter is to be charged with unauthorized possession of classified documents, Weinstein said in a statement released Wednesday.

He added that he would not accuse the journalist of the more serious offense of traditional espionage. In his statement, Weinstein told reporters he had decided to reject the journalist’s arguments after weighing all factors involved.

The case involves classified documents that Blau received from then-IDF soldier Anat Kam, who is currently serving a prison term of 4.5 years for stealing the classified information and passing it on to unauthorized individuals.

Blau returned about 50 of the documents to the Shabak he received from Anat Kam. However, authorities subsequently realized that not all of the documents had been returned, while the State had meanwhile reimbursed Blau for his computer that was destroyed during the course of the investigation.

“Blau blatantly broke the agreement he signed, allegedly lied to investigators and handed over only a small part of the stolen military information he received,” the statement said.

Haaretz typically came to the defense of its reporter, aided and abetted by the leftist former Supreme Court Judge Dalia Dorner together with several Israeli military reporters:

Following Weinstein’s announcement yesterday, Haaretz issued a reaction calling the decision “regrettable” and “precedent-setting with implications on freedom of the press in Israel, particularly on the ability to cover the defense establishment.” For his part, Blau said, “In everything I did, I acted in fulfillment of my journalistic mission.”

This is double-speak at its finest.  For Haaretz to accuse the establishment of limiting freedom of the press, when Haaretz itself is such a fierce critic of almost every decision of the government, is blatantly hypocritical. Freedom of the press does not include stealing documents, and certainly not classified documents which could damage state security.

Weinstein’s statement said the attorney general came to the conclusion that in light of the nature and quantity of the documents, Blau’s possession of them had no connection to their use in good faith news reporting.

The head of the Israel Press Council, retired Supreme Court Justice Dalia Dorner, said the council had, on previous occasions, found it inappropriate for the state to file charges against a journalist who was in possession of secret documents as part of his or her work.

“The attorney general has to exercise judgment, and I regret the decision that has been taken,” she said. “Many journalists that deal with these issues possess these kinds of documents, and this kind of a decision has a chilling effect. We had hoped that the authorities would seriously consider the severe harm that such a decision inflicts on freedom of the press.”

Again we have vague accusations of harming freedom of the press, silencing opinions etc. I would have hoped that a senior judge like Dorner would have more common sense and a great deal more patriotism.  I must admit that although I am jaded about many of our leftist elites, I am still shocked at her statement.

The Haaretz article goes on to quote a gaggle of military journalists who all spout the same nonsense about freedom of the press. I wonder if they would be so blasé about publicizing secrets if it was their own personal secrets that had been stolen and then published nationwide. I doubt it.  I also wonder if they would be so adamant about freedom of the press if it was a right-wing journalist, say from Arutz Sheva, who stole military documents, illegally held on to them, and then publicised them on Arutz Sheva or Makor Rishon.

Even MKs joined in the pile-on:

Kadima MK Nachman Shai, who is a journalist by profession, said Weinstein’s decision was liable to strike fear among Israel’s media outlets and prevent them from fully doing their job.

There was at least one “tzaddik beSdom” (lone righteous man) thankfully:

MK Otniel Schneller (Kadima ), however, praised Weinstein’s decision, saying that, “through his actions, Blau endangered Israel’s security not less, and perhaps even more, than the actions of Anat Kamm.”

Heaven help us (literally) if these judges and journalists are representative of Israel’s cultural elite.