Posted on 9 November 2013 by anneinpt

To be honest Israel is always being blamed for everything bad that goes on in the world, just like the Jew of old was blamed for everything from poisoning wells to killing Gentile babies for their blood. But every so often, a rash of “blame-Israel” items overwhelm the news in a malign confluence that is hard to ignore.

In no particular order, in the last week or so we have heard the following: 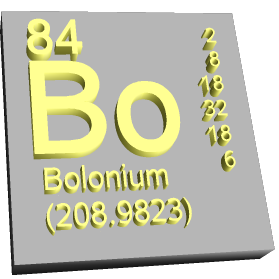 Arch-murderer and terrorist leader Yasser Arafat (ימח שמו – may his name be wiped out) was killed by polonium poisoning – and of course guess where the finger is pointing.

Former Israeli official Dov Weisglass said Israel had no motive to kill Mr Arafat at a time when he had been sidelined and isolated at his West Bank compound.

Elder of Ziyon has been all over the polonium issue since it broke last year. Amongst other articles he addressed the absurdity of the polonium theory, and this week he ripped apart the whole theory, promoted by the anti-Israel TV station Al-Jazeera:

In examining the toxicological and radio-toxicological investigations, four particular critical problems must be pointed out:

• There was a lack of adequate biological specimens, thus limiting the possibility to perform further analyses. This was partly due to the fact that the blood, urine, fecal and cerebrospinal fluid samples taken during the patient’s hospitalization at Percy were subsequently destroyed. In addition, there were no samples taken at an early stage when the initial symptoms developed.

• In addition, the fact that eight years passed between the death of the patient and the implementation of toxicological and radio-toxicological investigations contributes to the uncertainty of the analytical results and their interpretation. After such a long delay, especially under less than optimal conservation conditions (ambient temperature of the travel bag, burial), one cannot exclude the possibility of chemical degradation or redistribution with the surrounding environment. When considering radio-toxicological elements, one must keep in mind that they have a very short half-life (138 days for 210Po), rendering their detection eight years after a possible administration very difficult and subject to large uncertainties. Furthermore, the elapsed 8 years prevented us from directly measuring the soft tissues (i.e. liver or kidneys) that would have been more suited to confirm the presence or absence of artificial polonium, as was found in the clothing of President Arafat.

Reuters doesn’t mention that Al Jazeera is financially and poliically invested in finding that Arafat was murdered, for example, by producing TV specials.

UPDATE 5: So where is the Russian report that supposedly didn’t detect any polonium? Al Jazeera doesn’t seem to want to release that one so quick.

The Elder succinctly summed up the ridiculous conspiracy theory as “Bolonium“.

A much less entertaining and a lot more malevolent accusation is that the persecution of Christians in the Middle East is somehow Israel’s fault.

What’s worse than the silence of Western Christians concerning the Muslim persecution of their coreligionists in the Islamic world? Answer: Cynically exploiting that persecution for a political agenda—in the case of a recent Daily Beast article, to excoriate the state of Israel and its supporters.

Titled “Why Won’t the West Defend Middle Eastern Christians?” and written by Diarmaid MacCulloch, a Fellow of St. Cross College, the article touches on the persecution of Christians, but primarily as a springboard to attack American Christian support for Israel. Consider the following excerpt:

… one of the silences which I find most frustrating is precisely the lack of noise from Western Christians about the fate of ancient Christianities in the Middle East. At the heart of the problems in the Middle East is seven decades of unresolved conflict between Israel and Palestine…

Yes, Western silence vis-à-vis the plight of Mideast Christians is as real as it is frustrating, but exactly how is MacCulloch able to jump to the conclusion that the Arab-Israeli conflict is “the heart” of the problem?

What about the well-documented Islamic doctrines that codify the suppression and persecution of Christians and other non-Muslims?

What about the documented fact that Christians under Islam have been persecuted for more than 1,300 years before the existence of the state of Israel, in complete accordance to said doctrines?

What about the fact that Christians are currently being persecuted in every corner of the Islamic world, as documented in my monthly “Muslim Persecution of Christians” series—including diverse countries such as Pakistan, Indonesia, Kazakhstan, the Philippines, and every corner of Africa—and not just the Middle East?

Surely this is the true “heart of the problem”—and not the tiny and relatively new state of Israel.

It would have been more useful and sincere if he had addressed more glaring questions, for example:

Read the whole depressing article. Raymond Ibrahim’s series on the Muslim persecution of Christians in the Middle East (which he mentions above) is an eye-opening series of articles which ought to alarm every Christian and every person who claims to be concerned about human rights – and not just those human rights that are alleged to be abused by Israel.

But possibly by far the most egregious “blame-Israel” accusation was the one by US Secretary of State John Kerry who outrageously blamed Israel for “stealing land” and for bringing about the possibility of a 3rd intifada:

Secretary of State John Kerry launched an unusually bitter public attack on Israeli policies in the West Bank Thursday, warning that if current peace talks fail, Israel could see a third intifada and growing international isolation, and that calls for boycott, divestment and sanctions would increase. Kerry made the comments during a joint interview with Israel’s Channel 2 and the Palestinian Broadcasting Corporation.

“The alternative to getting back to the talks is the potential of chaos,” Kerry said. “I mean does Israel want a third Intifada?” he asked. “Israel says, ‘Oh we feel safe today, we have the wall. We’re not in a day to day conflict’,” said Kerry. “I’ve got news for you. Today’s status quo will not be tomorrow’s…” Israel’s neighbors, he warned, will “begin to push in a different way.”

Turning to settlements and Israel’s presence in the West Bank, he added: “If we do not resolve the question of settlements, and the question of who lives where and how and what rights they have; if we don’t end the presence of Israeli soldiers perpetually within the West Bank, then there will be an increasing feeling that if we cannot get peace with a leadership that is committed to non-violence, you may wind up with leadership that is committed to violence.”

He also said ongoing settlement construction risked creating the sense that Israel was not “serious” about wanting a permanent accord. The US, he stressed, considers “settlements are illegitimate” and believes that “the entire peace process would be easier if these settlements were not taking place.”

The arrogant Kerry also thinks he will succeed where other, much more competent negotiators failed:

Kerry rejected the idea of an interim agreement, saying it had been tried before and not worked.

“An interim agreement only if it embraces the concept of a final status might be a step on the way, but you cannot just do an interim agreement and pretend you are dealing with the problem,” he said. “We’ve been there before. We’ve had interim agreements, we’ve had roadmaps. But if you leave the main issues hanging out there, mischief-makers will make the most of that and bad things will happen in the interval that then make it even harder to get to the final status.”

“It is imperative that we keep final status and settle this before it can’t be settled because events on the ground or other events interfere with that possibility.”

The Palestinians want to establish an independent state in the West Bank, east Jerusalem and Gaza Strip, territories captured by Israel in the 1967 war. They say they’re willing to adjust those borders to allow Israel to keep some West Bank settlements as part of a “land swap.”

I wrote about that ostensible “agreement” of the Palestinians to accept a land swap just a few days ago. They will only agree to a minuscule swap, and have in any event demanded that not a single Jew remain in their territory. Have any of you heard any outrage from John Kerry or the UN about that antisemitic demand?

As for our peaceful peace partners, does this Nazi salute at a moderate Palestinian university look peaceful to you? (via Chaim):

Raphael Ahren correctly calls Kerry’s outburst a slap in the face for Israel:

For the first time since he managed to restart the talks in July, Kerry dropped his statesman-like public impartiality, and clearly spoke from the heart — and what emerged were a series of accusations that amounted to a forceful slap in the face for Netanyahu. It was a rhetorical onslaught that the prime minister cannot have expected and one he will not quickly forget.

In an extremely unusual joint interview with Israel’s Channel 2 and the Palestinian Broadcasting Corporation, a very frustrated Kerry basically blamed the Israeli government for stealing the Palestinians’ land and the Israeli public for living in bubble that prevents them from caring much about it. If that wasn’t enough, he railed against the untenability of the Israel Defense Forces staying “perpetually” in the West Bank. In warning that a violent Palestinian leadership might supplant Mahmoud Abbas if there was not sufficient progress at the peace table, he appeared to come perilously close to empathizing with potential Palestinian aggression against Israel.

Kerry seemed to place the blame for the failure to make rapid and major progress in negotiations overwhelmingly on Israel, with no acknowledgement — in his statements as broadcast Thursday — of two intifadas, relentless anti-Israel incitement in the Palestinian territories, the Hamas takeover of Gaza and the constant rocket fire from the Strip. (It is important to note that Channel 2 aired only part of the full interview on Thursday. More is set to air Friday evening.)

In lamenting the IDF’s presence in the West Bank, Kerry positioned himself directly opposite Netanyahu, for whom an ongoing Israeli security presence in the Jordan Valley is a stated crucial condition for an agreement. Perhaps more surprisingly, he showed no evident concern over the danger of a Hamas takeover in the West Bank were the IDF to withdraw, disregarding a widely held concern — borne of the rapid ease with which Hamas swept Abbas’s forces aside in Gaza in 2007 — that the official Palestinian Authority forces alone would not be able to hold sway.

His comments, which indicated an assessment that Israelis are unrealistic about where the region is heading, seemed particularly bitter. “The alternative to getting back to the talks is the potential of chaos. I mean, does Israel want a third intifada?” Kerry asked rhetorically, before lashing out at ordinary Israelis. “I know there are people who have grown used to this,” he said referring to the current relatively peaceful stalemate. “And particularly in Israel. Israel says, ‘Oh we feel safe today. We have the wall, we’re not in a day-to-day conflict, we’re doing pretty well economically.’

It is a breath-taking outrage for Kerry to not only accuse Israel – and only Israel – of causing the breakdown in negotiations, but to almost encourage the Palestinians – as if they needed encouragement – to launch a third intifada.  The man is a disgrace and should not be allowed anywhere near any diplomatic negotiations of any kind at all.

Dry Bones wryly sums up all these accusations against Israel thus:

With everyone around us killing their neighbors in a genocidal sunni shia war, the idea that the world’s problems can be solved with an end to the Israeli Palestinian “conflict” is “Hot Stuff”.

He’s surely as right as anyone else and makes a lot more sense.