The making of a new blood libel

Yesterday, Israel’s incompetent and criminally inept police, aided and abetted by the media – both international and Israeli – and Israeli politicians all colluded in creating a blood libel against the Israeli right-wing. To be more specific, against that great big evil bogeyman: “the settlers”.

The facts are as follows. A Palestinian boy, Mohammed Abu Khdeir, was murdered in a most grisly manner. He was kidnapped on his way home from the mosque, and his body was found burnt in a forest not far away.

The immediate reactions were: blame the Jews; blame the settlers; blame the Israelis (the three are not identical). Theories were timidly put forward that this may have been an “honour killing” due to rumours of the boy’s sexual leanings; or it might have been a “clash of the clans” due to reports of intra-mural clashes in recent months.

However the theory jumped upon by almost everyone was that “it was the Joos wot dun it”, or to be more specific, the settlers.

The Elder of Ziyon has a very clear summary of the way the rumours have been swirling:

At this time, no one knows who killed Mohammed Abu Khdeir, or why. Different media are spinning the story differently; Times of Israel claims sources tell them that police are leaning towards the theory that Jews did it as revenge, while Haaretz is saying the police aren’t sure about anything. Rumors are rampant as to how Arabs might be responsible – a family feud being the most dominant theory, with some Israeli media reporting of previous suspicious incident with Mohammed’s brother.

That lack of knowledge is not stopping irresponsible news outlets from claiming that they know what happened. Particularly egregious is The Independent, which doesn’t only claim that extremist Jews killed the youth, but that “Israel” murdered him.

Unfortunately, there have been plenty of irresponsible and disgusting statements made by some Jews who are deeply upset over the murders of Gil-ad, Eyal and Naftali. Facebook pages that call for revenge against all Arabs, rallies where “Death to Arabs” is said openly, and similar incidents are immoral and disgusting. Is it possible that in the frenzy of anger after the national mourning over the three kidnapped boys turned into murder of an innocent boy? In the flood of sadness and anger that followed the discovery of the bodies it is conceivable, and that fact is utterly shameful.

The “hate-Israel” crowd is as happy as can be with every single example, real or imagined, that they can find to prove their long-standing accusations of Israeli racism. Every society on the planet has some racism, and the amount in Israel is quite tiny compared with most nations, but context is not something that matters to the haters, and Israelis who speak this way in their anger are giving the anti-Israel crowd ammunition for years to come.

There is plenty that we don’t know.

But we do know is that no Israeli openly celebrated the death of Mohammed Abu Khdeir. And no one will.

This is in marked contrast to this cartoon from Arabic social media  that was captured by the Terror Watch Facebook page (h/t Yoel):

We do know that for every Jew who shamefully shouts “Death to Arabs,” there are hundreds of Arabs who shout “Death to Jews.”

We do know that thousands of Israelis rallied against racism today, and we have never ever seen a similar Arab rally against racism.

Anne Bayefsky posted another disgusting example of an Arab rejoicing at the murder of Eyal, Gil-Ad and Naftali:

Palestinian Media Watch is full of more examples of the Palestinians rejoicing at the kidnapping and triple murder, besides at other terror attacks against innocent Israelis.

Indeed, Israeli calls for death to all Arabs and even calls for revenge against the Arabs should be – and are – condemned as wrong, immoral, inflammatory and extremely dangerous. However I have yet to see Facebook posts of Israelis rejoicing at the death of innocent Arabs, particularly children.

On the contrary, the Israeli political and religious echelons have loudly and publicly condemned the murder of Mohammed. (h/t Legal Insurrection):

PM Netanyahu spoke with Minister Aharonovitch and asked to investigate who is behind the reprehensible murder as quickly as possible.

The PM calls on all sides not to take the law into their own hands – Israel is a nation of laws and everyone must act according to the law.

The Frenkel family, whose son Naftali HY’D was just murdered, also condemned the killing. They are truly righteous people.

The international media have jumped on this story with glee. What better combination could they find? A photogenic Palestinian victim murdered in a most ghastly way, vengeful Jews, extremist settlers. You can almost feel the drool.

Honest Reporting shows how the London Times adds fuel to the fire:

Outrageous libellous headline in the Times

The Elder of Ziyon showed the distorted headline in the Independent.

The Guardian publishes a columnist who outrightly blames the “settler vigilante violence“.

I watched BBC World News yesterday (big mistake!). Their headline, the very first item, was the murder of Mohammed Abu Khdeir (as if ISIS is not taking over Iraq East, as if hundreds of thousands are not being killed all over the Middle East). They interviewed the parents of Mohammed yet not once did they interview any Israelis, nor did they mention the massive rocket fire in the south. They didn’t even bring up the possibility that the murder was by the hands of other Arabs.

So the genie is out of the bottle thanks to our irresponsible police, who floated a theory without too much thought, and an eager leftist media who are fed up of the right-wing being the victims, and are keen to return them to their rightful place – in the dock of public opinion.  Even the centrist Times of Israel headlined their item “Revenge seen as likely motive” – how could they know if even the police don’t? How irresponsible was that!

This genie has ignited huge riots in the Shuafat neighbourhood of Jerusalem and in Bet Hanina nearby.

Riots in Shuafat and Bet Hanina

Riots in Jerusalem after murder of Arab teen

This is added to violent riots, rock throwing and petrol bombs on the Temple Mount, which was once again closed to Jewish worshippers. Obviously it’s the Jews who incite the Arabs – by their very existence – so they are the ones who must be banished, and not those who commit the violence.

Hamas is also threatening to make Israel pay the price for the death of Mohammed – as if they needed an excuse. Everything is an excuse for Hamas to make Israel pay. Our very existence, our breathing the air and walking this earth is reason enough for them.

The UN immediately condemned the killing of Mohammed though it took them days to condemn the kidnapping of the three teens. The EU too issued an immediate condemnation while it took them 5 days to admit that the teens might have been kidnapped at all. The Americans too condemned the killing, calling on Israel for restraint, while they too took days if not weeks to issue a tepid condemnation of the teens kidnapping, even though Naftali Frenkel was an American citizen.

Israel castigated Kerry for blaming Israel immediately even though Israeli authorities themselves have directly contributed to this aleihum on the Israeli right.

Elsewhere in Jerusalem, huge forest fires are raging, whether by negligence or arson or a combination of the two. Either way, Israel’s firefighters are stretched to the limit.

Meanwhile in the south, Hamas and its murderous allies are ratcheting up the heat with a non-stop barrage of rockets and missiles onto Sderot, the Eshkol region and up to Ashkelon. Several houses have taken direct hits and plenty of damage has been caused, including causing a power cut. 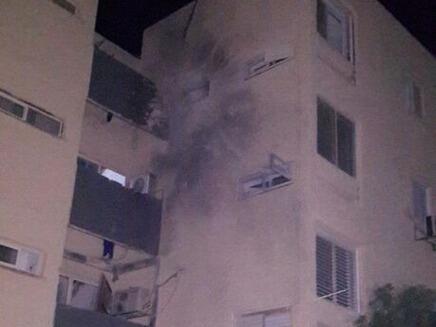 On Wednesday night, three rockets fired from Gaza exploded near residential buildings in the southern city of Sderot, causing damage to the buildings and to several vehicles as well as cutting off power to several streets in the city, officials said.

Two of the rockets hit residential buildings while a third fell against a reinforced shelter inside the city but did not cause damage.

Over 20 rockets were fired from Gaza throughout Wednesday, repeatedly setting off warning sirens in the towns of the Gaza periphery.

I eagerly await the same immediate condemnation of the rocket fire onto civilian Israeli communities from those same sources who are so quick to condemn Israel for something that has not even been proven to be true.

I admit I am terrified at the thought that an Israeli, a Jew, committed this terrible murder. I am horrified at the thoguht that a Jew could stoop so low. Yes, we ARE better than them, and we don’t kill innocents, and we certainly don’t kill children.  I am terrified also that if an Israeli did do this, the violence that will ensue might get completely out of hand, as if what we are experiencing at the moment is not enough. And the international opprobrium will be almost impossible to bear. As it is we are permanently in the international dock and under an impossible microscope which examines our every tiny deed.

I send condolences to the family of Mohammed Abu Khdeir and hope and pray that the Israeli police find the perpetrator quickly, whether they be Arab or Jew, and put an end to this terrifying episode.

12 Responses to The making of a new blood libel