My apologies for posting so late. Yesterday we had no electricity, no internet (not related problems!) and a close member of the family rushed to hospital all more or less simultaneously. (And it was our wedding anniversary according to the civil calendar… though I’m not sure that’s necessarily a problem…).

The destruction of the Temple and Jerusalem on Tisha Be’Av

The fast of Tisha Be’Av, the 9th day of the month of Av, the saddest day in the Jewish calendar, began last night.  As I wrote in a previous Tisha Be’Av post:

Here is a chronology of the major events leading up to the Churban (the destruction of the Temples and Jerusalem).

The Synagogue shaped like a Magen David in Neve Dekalim, Gush Katif, before the Expulsion

Today, more than ever, it is of utmost importance to recall that Tisha B’Av 5765 (2005) is also the anniversary of the traumatic “Hitnatkut”, or “Disengagement” from Gush Katif in Gaza. The Expulsion (a much more accurate term than the weaselly “disengagement”) involved the destruction of 25 Jewish towns and the expulsion of 10,000 Jewish residents of Gaza (aka “eevil Jewish settlers”)  from their homes, many of them remaining homeless and jobless to this day, 9 years later, despite having been well-educated and productive members of society beforehand.

The Neve Dekalim Synagogue, destroyed by the Palestinians after the Expulsion

We have felt the results of this criminally misguided move ever since, with the terrorist group Hamas taking power by force of a coup and now ruling the once beautiful and productive territory.

I don’t need to reiterate, as I have done in previous years, how Hamas threatens Israel with its rockets and terrorism.  This has become abundantly clear in the last couple of months as Operation Protective Edge, (Tzuk Eitan in Hebrew) has raged on. 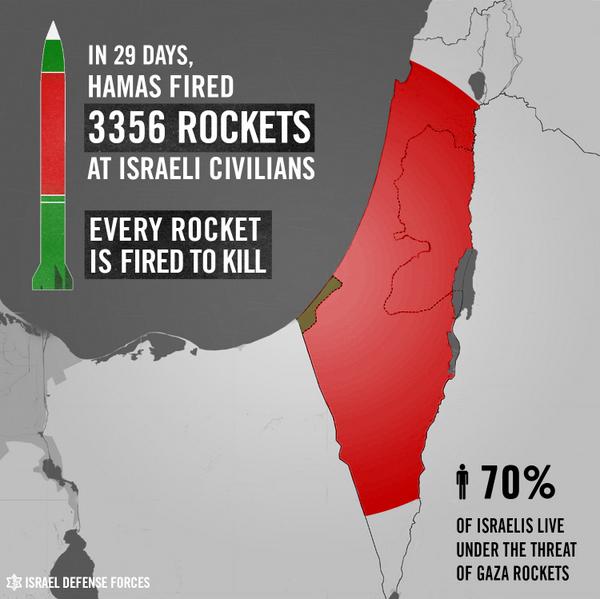 At the time of the Expulsion, those who objected to it warned the country about the dangers of rockets falling on Ashkelon and Ashdod. They were met with a shower of cold derision and delegitimization from the center and the left. In my opinion, the residents of Gush Katif and all their supporters deserve a huge public apology for ignoring this warning. And those who promoted the Expulsion ought to be liable to pay compensation to the residents of Ashkelon, Ashdod, Sderot and all the dozens of surrounding communities. Even us, living in Petach Tikva, Jerusalem and beyond, ought to demand an apology at the very least, since we too have now become targets for those “flimsy home-made fireworks”, in reality powerful Iranian-made medium-range missiles, that now reach the centers of Israeli power and industry.

Operation Protective Edge (a war if ever there was one, not an “operation”), the war launched by those very rockets so derided in 2005, seems to be drawing to a close (at least the 72-hour truce is still holding after about 7 hours while permanent ceasefire talks are taking place in Cairo), and the troops have been pulled back to the border line.

However, peace has not yet broken out, and as if in a special message for Tisha Be’Av, Palestinians carried out two terrorist attacks in Jerusalem yesterday.

In the first attack, a Palestinian rammed a bulldozer into a bus, overturning it and injuring 3 passengers, while running over and killing a pedestrian on the way:

A terrorist was shot dead by police in Jerusalem Monday afternoon moments after mowing down and killing a pedestrian with a stolen tractor trailer, and then overturning a bus in the haredi neighborhood of Sheikh Jarrah.
The victim, 29-year-old Avraham Wals, a father of five, died at the scene after sustaining critical wounds, police said. Six other pedestrians, including the driver of the bus, 31-year-old Abed Alahi, were treated for light wounds at an area hospital.
The terrorist killed at the intersection of Kikar Zaks and Bar Lev streets has been identified as Muhammed Naif El-Ja’abis, an east Jerusalem resident with a lengthy police record, an official said.

The bus driver, 31-year-old Abed Alahi, also a resident of the city’s eastern neighborhoods said the incident left him shaken. “He rammed into me and I didn’t know what happened — I could have died. It was very scary and the terrorist should go to hell.”

“I went outside and suddenly heard a large boom, and saw a bus upside down, and then heard two or three gunshots and someone jumping on the driver, so we understood they had killed him,” he said. “We thought someone had blown something up, so we left the area.”

A second man told Israel’s Channel 2 that he saw the tractor driver pound the bus repeatedly with the tractor’s shovel. He said that the police officer on the scene first fired a warning shot into the air, but when he saw that the attacker was continuing to ram into the bus, he shot him dead.

You can watch the whole shocking attack on this video taken by an amateur passer-by:

May the memory of Avraham Wals HY’D be for a blessing and may Hashem avenge his blood.

A couple of hours later in another terror attack, a Palestinian shot and seriously wounded an IDF soldier at a bus stop on Har Hatzofim (Mt. Scopus):

An IDF soldier was shot in the stomach by a suspected terrorist in a tunnel in Jerusalem’s Mount Scopus Monday afternoon, less than three hours after a separate terrorist attack took the life of a pedestrian in the capital.

Multiple shots were fired, one man was hit in the stomach and rushed to the hospital in serious condition,” said police spokesman Micky Rosenfeld. “Police units are now searching the area for the vehicle the suspect drove and hope to make an arrest shortly.”

And now today, on Tisha Be’Av itself, a security guard was stabbed and moderately wounded at the entrance to the city of Maale Adumim.

With Israel filled with trepidation and distrust at the ceasefire negotiations taking place in Cairo and yet hoping with all our might for a future of peace, may this Tisha Be’Av be the last one that we ever need to fast. May the next 9th of Av be a day of rejoicing and celebration with the coming of the Mashiach and rebuilding of the Temple. Amen.