Despite what seems like unremittingly bad news, or maybe because of it, I cannot let this Friday go past without a Good News Friday post. 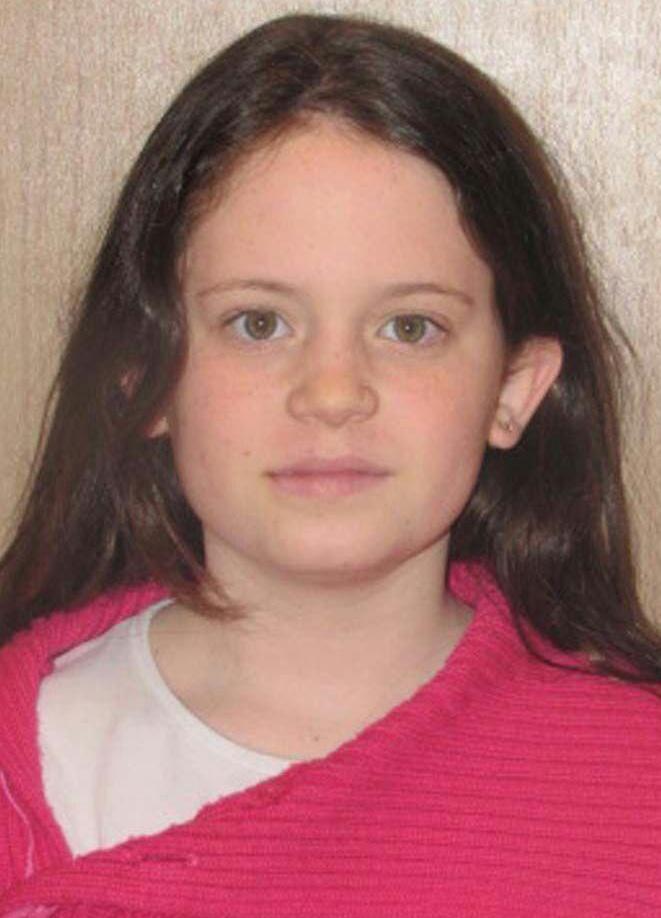 We’ll start with some small good news that has emerged out of the bad: Ayala Shapira, the 11 year old girl who was so horrifically injured in the firebombing last week, has woken up and is communicating with her family.

Ayala still has a very long journey ahead of her and her life is still in danger. Please continue praying for Ayala bat Ruth, but we can take some hope from the small improvement in her situation. Follow the All4Ayala Facebook page to keep updated on the situation.

Aerial view of the oil spill in the Arava

My next item might not sound like such good news at first, but bear with me. The story relates to a huge oil spill that occurred in Israel’s southern Arava desert a couple of weeks ago. Enormous damage was caused when the oil pipeline linking Eilat to Ashkelon burst, spilling over 5 million litres of crude oil into the ground. The spill is one of Israel’s worst ecological disasters and it is going to be a huge project to clean up.

Now the Hebrew University has stepped in to take up the clean-up challenge with some new technology:

A technology hailing from the Hebrew University’s chemistry laboratories aims to tackle hydrocarbon contaminants at their chemical core, providing an efficient and affordable solution for cleanups like the country’s December oil spill.

After some 5 million liters of crude oil surged into the Arava Desert sands last month, the Environmental Protection Ministry-led rehabilitation venture is in the process of determining which technologies will be implemented in the newly approved NIS 17 million cleanup budget.

The breached pipeline in the Arava

But the brainchild of Prof. Yoel Sasson and Dr. Uri Stoin from Hebrew University’s Casali Institute of Applied Chemistry recently underwent a pilot trial at the Nimra Landfill site in the desert, where the contaminated soils are being stored.

The technology, which was patented and commercialized by Hebrew University’s technology transfer company Yissum, was sold to the Swiss firm Man Oil Group about a year ago. Dr. Alex Mojon, head of Man Oil’s research and development team, oversaw the desert pilot on December 11.

The decontamination of the soil occurs by means of an agent called NHS+, which Mojon describes in a video of the pilot as a “hydrocarbon destructor” – or a chemical intermediate that is capable of completely destroying the hydrocarbons polluting the soil.

In the pilot experiment, the company made use of a 3-by-3-meter plot, containing about half a cubic meter of contaminated soil.

Within two hours, workers applied the NHS+ to the soil in three shifts, allowing the hydrocarbon destruction and chemical oxidation to proceed efficiently.

Afterward, the before and after soil samples were transferred to Sasson’s laboratory at the Casali Institute for examination.

“The first results show that at least 80-90 percent of the oil is fully decomposed,” Sasson said. “This means that it was converted from the hydrocarbons of the original oil, which are toxic of course and disastrous to the environment, to totally benign material – carbon dioxide and water.”

Using the NHS+ reagent to clean up oil spills provides particular advantages over traditional technologies that typically involve biological process, according to Sasson. In those cases, bacteria are essentially tasked with decomposing the oil, a procedure that can take many months or even years, he said. Such biological processes also require the removal of soil from the pollution site for treatment elsewhere.

His lab’s technology, on the other hand, allows for in-situ cleanup, at the site of the contamination, Sasson explained.

“They can simply inject it on the surface or underground, and do it on site,” he said. “This saves a lot of cost.”

NHS+ works not only on oil spills but on messes caused by any organic compound, Sasson added. For example, the reagent could be useful on the polluted soil at the former air force compounds in Ramat Hasharon or in Beit Hakerem in Jerusalem – both impacted by industrial solvents, he said.

The reagent also does not cause any further harm to the flora and fauna in the affected region, and instead allows after several months for the regrowth of populations destroyed by the oil spill, he added.

If the NHS+ reagent is applied to clean soil, it could potentially kill plants growing there. However, when an oil spill occurs, the chemical causes absolutely no further damage to the plants, and instead allows for their rejuvenation.

The reagent works toward “removing the oil and giving the soil the potential to revive again,” Sasson said.

While Sasson said he hopes that his and Stoin’s technology “will get at least part of the job” of cleaning up the Arava, he stressed that moving forward will be up to the Man Oil Group and the government.

This NHS+ technology sounds brilliant. Let’s hope the government and the oil company will be equal to this cleanup challenge. Israel’s famed biotechnology industry has been providing the world with dozens of inventions and innovations to improve life for the whole world. Now it’s time for us to take care of our own.

Kol hakavod to Profs. Prof. Yoel Sasson and Dr. Uri Stoin and Hebrew University’s Chemistry Department. May their technology be successful in cleaning up this terrible disaster and bring the Arava back to its original beauty.

My next item is a case of good news out of bad. The bad news is that, as we have all been aware this year, antisemitism around the world has been rising dramatically. Additionally instability and civil wars have made life in places like Ukraine increasingly difficult. The good news to come out of all this is that Aliya (immigration) to Israel reached a 10-year high in 2014:

According to year-end figures from The Jewish Agency for Israel and the Ministry of Aliyah and Immigrant Absorption, 2014 saw a 32 percent rise in immigration over last year’s number of approximately 20,000 immigrants.

2014 also marked the first time France was the top country for immigrants, with nearly 7,000 immigrants in 2014, nearly doubling the 3,400 in 2013. France, home to Europe’s largest Jewish population, has been plagued by increasing anti-Semitism.  As a result, the Israeli government has stepped up efforts to encourage French immigration such as streamlining the absorption process as well as recognizing education and job qualifications of French immigrants.

“2014 was a year of record-breaking Aliyah,” Natan Sharansky, chairman of the Jewish Agency stated. “This year also saw a historic shift: for the first time in Israel’s history, the number of immigrants who came to Israel from the free world is greater than that of immigrants fleeing countries in distress,” he said.

Additionally, there was a 190 percent increase in immigration from Ukraine, with 5,840 new immigrants, compared to only 2,020 in 2013. The dramatic increase is largely the result of ongoing political instability in that country related to tensions between the Ukrainian government and Russia.

This is all excellent news for Israel and the Jewish immigrants themselves. What would be even better would be to see Olim (immigrants) come to Israel of their own free will, out of pure Zionism, and not just to escape political instability or antisemitism.  But since last year also saw an increase in Aliya from the US and Canada (and I’m sure from the UK too, e.g. my cousins who will be coming next summer) though no figures were given in the article), it’s possible that we’re on track for more Western Aliya.

No matter where the Olim come from, Welcome to Israel! May you have an easy absorption and success in your new lives here. !ברוכים הבאים

And now, for some light relief to conclude this post and to open 2015 with a bit of fun, I bring you the Rambling Rhinos of Ramat Gan! No, this is not a new rock or folk band. These are the real McCoy. 🙂

Three rhinoceroses made a short bid for freedom on Thursday after they slipped out of a side gate at the Ramat Gan Safari.

The trio, named Rihanna, Keren Peles and Karnivala, plodded into the street where they were spotted by astonished joggers out for a morning run, the Hebrew-language Ynet news site reported.

The safari explained that a keeper had dozed off for a few minutes and the three seized the opportunity to make their escape.

Director of the Ramat Gan Safari Yehuda Bar saved the day by leading the beasts back to safety.

Rihanna was named exactly 2 years ago on January 1, 2013, in honor of the Jamaican-born pop singer, Rihanna. Keren Peles was named after the Israeli singer of the same title. Karnivala is an alteration of the Hebrew word for rhinoceros, karnaf.

There is a hilarious video of the Rhinos’ Great Escape at the Mako site and another from a slightly different angle at Ynet (h/t Reality) which I can’t embed. I urge you to watch them. You’ll be giggling all weekend, especially at the almost drunken stupor of the rhinos’ keeper as he suddenly wakes up and realises his charges have escaped. It’s almost Monty Pythonesque in nature. 🙂

You’ve got to admire the rhinoceroses’ thirst for freedom and self-determination (this is the Middle East after all) although I’m glad they never got as far as the UN. Not even as far as the main road actually. 🙂

I just wonder how the singer Rihanna and the Israeli singer Keren Peles feel at having rhinoceroses named after them! 😀

With these happy thoughts I wish you all Shabbat Shalom!