Is this the theory that explains Obama’s Mideast strategy?

As we have all read in the daily headlines (and in my multiple blog posts) international events are picking up pace faster than ever, the Middle East is burning, alliances are being shed and re-formed in new constellations that would have been unthinkable just one or two short years ago, and it can reasonably be argued that one of the catalysts for this chaotic situation is one Barack Obama. 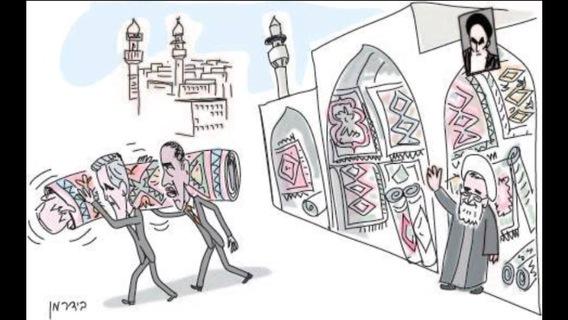 We have all puzzled over his logic in his rush to close a deal with Iran contrary to all the norms of the Mideast bazaar. We have struggled to understand his reasoning (or lack of it) in his insistence on “leading from behind” (whatever that means) and thus weakening the West both in the Middle East and dealing with closer-to-home despots like Russia’s Vladimir Putin; and we have wondered at his strategic vision (if he has such). And after all that head-scratching we are no closer to arriving at any reasonable conclusion.

Israel’s former Ambassador to the UN, Dan Gillerman, normally soft-spoken and very diplomatic in his expressions, uncharacteristically lashed out at the US and the world in their dealings with Iran, saying “the world has gone crazy” (via Joe Wouk at War Sclerotic):

Along comes this interview (h/t Zvi) in the New English Review with Prof. Richard L. Rubenstein, no intellectual lightweight, who rather shockingly (at least for some people) comes to the conclusion that Obama is a revolutionary, and that his ultimate goal is the destruction of Israel. Since that is too much of a task to carry out by himself – and there is no way that the American people or Congress would agree to such a thing – he is enabling this at the hands of Iran and its proxies.

Not so long ago I would have recoiled from such a claim in disdain, thinking it to be a delusional conspiracy theory, along with all the other theories that claimed that Obama was a Muslim, not born in the US, a Communist, etc.  I used to ascribe to the adage “Do not ascribe to malice what can be ascribed to incompetence” and was of the opinion that Obama’s surreal politics stemmed from naivete and inexperience.

But after 6 years in office we can no longer allow Obama the excuse of inexperience, and with his coterie of advisors to explain the ramifications of his Administration’s decisions he can hardly claim naivete any longer.

In this light, and against the background of the almost-signed (or maybe verbal) nuclear deal in Lausanne, Prof. Rubenstein’s theory doesn’t seem so far-fetched at all. In fact it sounds sickeningly probable.

What do you think? Let us know in the comments.

39 Responses to Is this the theory that explains Obama’s Mideast strategy?