Starting the week with a bang

In fact the “bang” started already at the end of the week just past with a rather large bang at the end of Independence Day, as a rocket launched from Gaza exploded in the area around Sderot. Thankfully there were no injuries. Let us hope that this was the terrorists’ “contribution” to our Independence Day festivities and not a signal for a new round of fighting. The IDF hit back with tank fire at terrorist infrastructure. 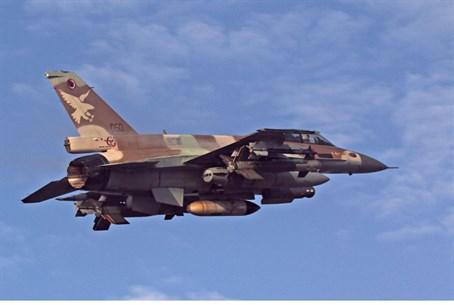 At some point between Wednesday and Friday the IAF struck twice in Syria against weapons stores and convoys intended for Hezbollah:

Syrian and Lebanese media are reporting at least two IAF raids that struck targets in Western Syria, but there is still confusion regarding when they took place and what targets were hit.

According to Channel 2‘s website, “unofficial media” in Syria and Lebanon said there were two attacks – the second one on Friday, against Hezbollah trucks that carried surface-to-surface missiles. Photographs that were published showed the remains of the bombed targets.

Another Hezbollah convoy was struck Wednesday at al-Qalamoun and at least one person was killed in that attack, according to Al Arabiya.

Al-Qalamoun is located near the region bordering Lebanon.

According to Lebanese television station LBC, the targets were centers and mobile forces from Brigades 65, 155 and 192 of the Syrian Army, which possess heavy missiles that were meant for Hezbollah, the Shiite Lebanese militia that is a proxy of Iran..

Sources also told Al Hadath that two other IAF strikes on Wednesday had targeted a convoy carrying arms belonging to, or meant for, Hezbollah.

The sources reported several explosions at Al-Qutayfah, Yabroud and Qarah, on the outskirts of Damascus.

In less encouraging news, there has been a spate of terror incidents over the weekend:

In a very strange story, an Israeli man was found bound and stabbed in the trunk of his car in the A-Tur neighbourhood of Jerusalem after the car was stopped by a suspicious and alert policeman. Two Arab suspects were arrested. The police are still investigating whether this was criminal or terrorist-related.

Two terrorists were killed over Shabbat in two separate attacks, one in  Hevron and one outside Jerusalem:

A Border Policeman in Hebron was stabbed multiple times in the head, neck and chest on Saturday by a Palestinian Authority terrorist.

The terrorist was shot and killed by a second soldier.

The Border Policeman is in moderate but stable condition.

On Friday night, an Arab tried to stab a soldier at a checkpoint between Jerusalem and Ma’ale Adumim.

That terrorist was killed. The soldier was not injured.

The soldier who shot the terrorist in Hevron recounts:

A Border Policeman recounted the incident: “In the course of routine activity at the Tzalbanit Checkpoint, next to the Cave of Patriarchs, a Palestinian suddenly showed up and began stabbing one of the warriors in my team. In a split second we understood that this was a terror attack and I understood that we need to take action quickly.

“I fired in order to neutralize the terrorist even as he was leaning over my comrade and stabbing him. The event takes only a few seconds, there is no time to think too much, you have to think precisely and act immediately, that is how they train the warriors at the Border Police. I and the other warriors in the battalion pray for the speedy recovery of our comrade.”

Kol hakavod to the soldier on his quick thinking and speedy reaction which saved his comrade’s life.

Earlier this evening (Saturday night) an empty bus travelling on the main route, road no. 443, between Jerusalem and Tel Aviv, was set on fire by a firebomb thrown at it. Thank G-d no one was injured since the bus was empty:

The regular Israeli bus from Bnei Brak to Jerusalem was attacked Saturday night with a bottle bomb near the Dor Alon gas station halfway between Modi’in and Jerusalem. No one was hurt but the bus went up in flames.

#Imagine riding a bus home then this: Molotov cocktail hurled at Israeli bus on main road between Jerusalem & TelAviv pic.twitter.com/wQWIr1uDbf

In what appears to be the third terror attack against Jews in about 24 hours, an Arab driver plowed down three people Saturday evening on the Kohanim Route in eastern Jerusalem.

MDA medics gave the three initial care and were evacuating them to Shaarei Tzedek hospital. One of the three, reportedly a Border Policewoman, is moderately injured, with wounds to the pelvis and extremities. The two others are lightly injured.

“A Skoda car drove from the direction of the Mount of Olives cemetery to the Mukased Hospital. At the Salman al-Farsi junction it drove onto the pavement and hit three policemen. Shots were fired at the car, that kept on driving down Salman al-Farsi. The area was combed and the car that struck the policemen was located. The search continues for the terrorist.”

Even more outrageously, the emergency responders themselves came under attack as they rushed to the scene:

Emergency responders were forced to flee the scene after rocks and Molotov cocktails were thrown at them.

Jerusalem Mayor Nir Barkat’s car was also reportedly pelted by stones as he drove to the scene.

The situation in Jerusalem is becoming, if not quite unbearable, at least unnerving and outrageous in equal proportions as the general population feels abandoned. This heartfelt plea on Facebook expresses the feelings well:

Education Ministry, Justice, Foreign Affairs and Defence. Everyone is waffling away and the people of Israel continue to be stabbed, run over and injured by firebombs and stones.

No one is waking up and everyone carries on with their blabbing and nonsense. The public is completely fed up.

It is impossible to live in a capital city under attack by car-ramming attacks, stoning the light railway, firebombs and stones on buses, towards Jewish homes in variosu neighbourhoods and a permanent threat to Jewish lives in the Old City.

It is not possible to continue with dozens of terror attacks daily on the roads in Judea, Samaria and the Binyamin region. We cannot continue with attacks on Road 443 and the permanent endangerment of our soldiers on their regular duties in the (Arab) villages.

The people of Israel have had it up to here with this business.

Indeed, it is about time that the government and the Jerusalem city council vigorously applied the Israeli sovereignty of which they are so proud, and enforce the law and security for the benefit of all Jerusalem’s residents, whether Jewish, Muslim or Christian.

2 Responses to Starting the week with a bang