Summer time, and the sailing is easy (to paraphrase the song). As was pointed out on Twitter:

Another #foolishFlotilla has come to an end. Why do they always happen during the best cruising weather?

Earlier today the Israel Navy intercepted the latest foolish flotilla heading for Gaza with no injuries or violence.

Going back to the beginning of this ridiculous story, yet another “flotilla” set sail last week from Crete in order to “break the blockade” of “besieged” Gaza. (Apologies for all the scare quotes but the deliberate misuse of language by the anti-Israel activists demands a reaction of some sort. Emphases are added).  On board the ship were the usual suspects:

The ship leading a Gaza-bound flotilla that aims to break Israel’s naval blockade of the Hamas-held enclave reportedly left the Greek isle of Crete early Friday morning, after unspecified delays.

I sincerely hope the “unspecified delays” were caused by the IDF, whether by outright sabotage or by lawfare (i.e. persuading foreign governments and/or insurance companies that it would not be in their interest to allow the ship to sail).  This is hinted at in the following paragraphs:

An Israeli-born, pro-Palestinian activist on board the Swedish Marianne of Gothenburg confirmed to the Walla news website that the boat had departed, adding that the other four vessels that make up the flotilla were expected to follow suit shortly. Dror Feiler said the flotilla would reach Gaza by Sunday or Monday.

According to the Palestinian Ma’an news agency, the flotilla set sail on Friday carrying 70 people, including Arab MK Basel Ghattas and a former Tunisian president, as well as humanitarian supplies and solar panels.

A swell bunch of antisemites on board the flotilla

“At long last, we are on the Marianne. After hardships that will yet be discussed, we are sailing to Gaza,” wrote Ghattas on his Facebook page in Hebrew early Friday.

Those who know: Are we still paying MK Basel Ghattas his salary & perks while he was off derring-doing and cruising for a terrorist cause?

On Thursday, Feiler claimed that anonymous individuals had sabotaged one of the boats trying to break Israel’s naval blockade. He told a Nazareth-based radio station that “unknown hands” had tampered with one of the boats making its way to the Strip, damaging it.

Some of our worst enemies are Israelis:

Feiler was one of at least three Israelis aboard the flotilla, including Ghattas.

Ghattas told Channel 2 Thursday that he had assured Prime Minister Benjamin Netanyahu before his departure that the ships bore no weapons, firearms or otherwise — a key issue in Israel’s naval blockade.

He dismissed criticism of the flotilla as a “foolish attempt” by right-wing politicians to impugn “not only Arab representation in the Knesset, but all Arabs as citizens of the State of Israel.”

I think if he took a poll of all Israeli Arabs, they would come out strongly against Hamas.

True. No one wants a violent incident. On the other hand, since the Mavi Marmara not one “flotilla” has dared bring in arms or weapons. So it looks like the IDF taught them a memorable lesson, which they richly deserved. And indeed, the 3 other vessels taking part in the flotilla seem to have lost their nerve, maybe after the Marianne was intercepted, turned round and headed for home.  Returning to the original story:

The activists say the vessels are carrying a cargo of solar panels and medical supplies for Gaza residents, who are still recovering from last summer’s conflict, and are slated to reach the Strip in the coming days, unless they are intercepted.

Oh, boo hoo. What a load of utter tripe. 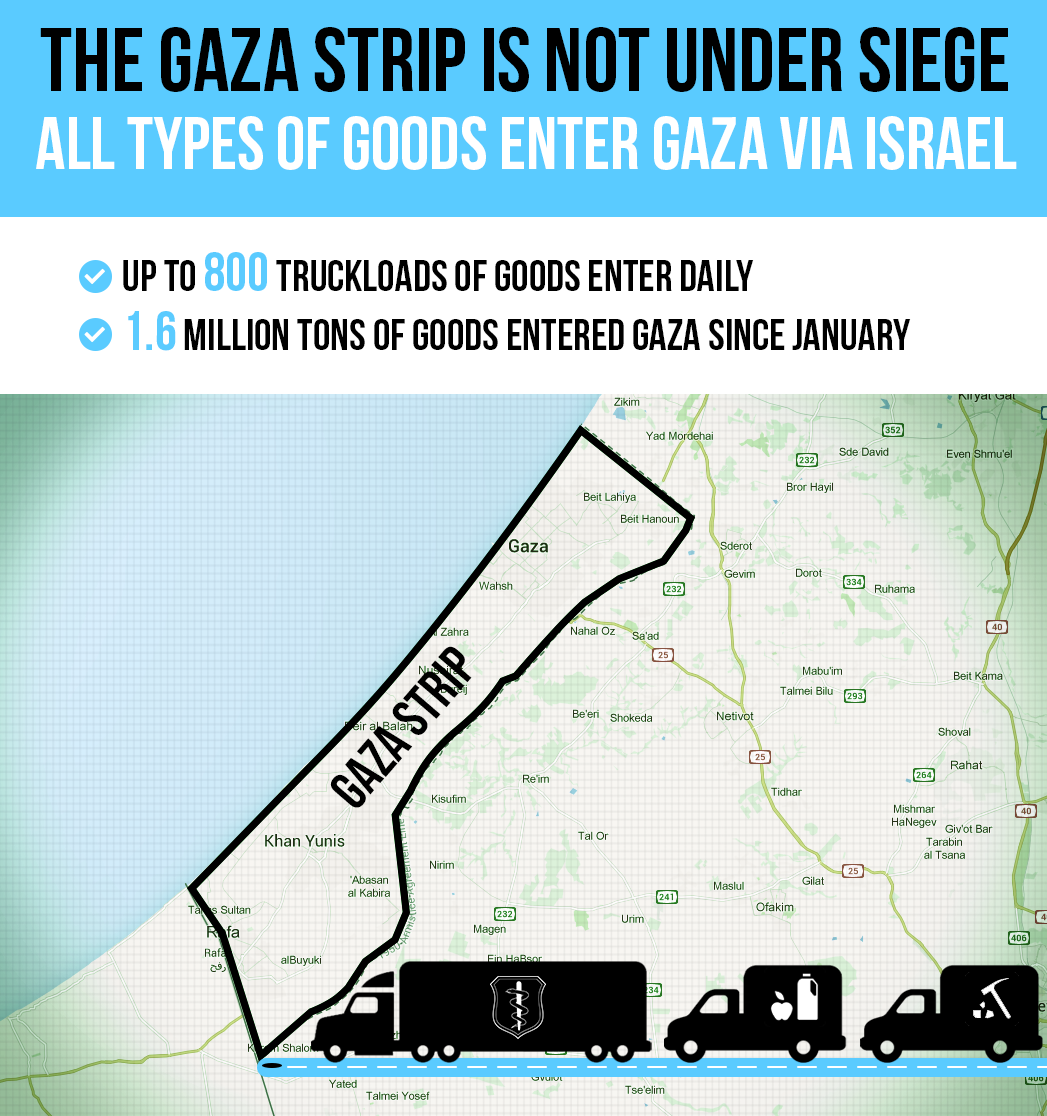 Prime Minister Binyamin Netanyahu sarcastically showed up the “activists” (aka terror-supporters) hypocrisy by writing an open letter pointing out that “Syria is thataway”:

“Welcome to Israel!” the letter reads. “It appears you’ve made a mistake along the way. Perhaps you meant to sail somewhere not far from here — Syria. There, Assad’s regime is massacring his own people every day with the help of the murderous Iranian regime.

“In contrast, here in Israel, we are dealing with a situation where terrorist organizations such as Hamas are trying to harm innocent civilians. In the face of these attempts, we are protecting the citizens of Israel in accordance with international law,” the letter says.

The statement calls attention to Israel’s transfer of 1.6 million tons of humanitarian aid to the coastal enclave, while it struggles to be rebuilt after the war last summer. The letter said that Israel facilitated the transfer of the supplies, which, it noted, amounts to approximately one ton for each Gaza resident.

Israel, continued the letter, regularly assisted in humanitarian projects benefiting Palestinians, but would not tolerate the import of weapons for terrorist groups. “Only a year ago, we thwarted an attempt to smuggle by sea hundreds of weapons intended for use against innocent civilians.

“There is no blockade on the Gaza Strip, and you are invited to transfer humanitarian supplies through Israel. Preventing access through the sea is done in accordance with international law, and we even received backing from a committee of the UN secretary-general.

“If human rights really interested you, you wouldn’t sail in solidarity with a terror group that executes Gazans without trial, and uses Gazan children as human shields,” the prime minister’s letter says.

The communique concludes by lamenting that the activists chose not to visit Israel, as they would have been “impressed” by the democracy upheld by the Jewish state that affords equality and religious freedoms for all its citizens.

More seriously, it is an outrage that the funding for the flotilla has indirectly come from European NGOs and politicians. This is a despicable interference in Israel’s security and domestic policy. Arutz Sheva broke the story:

One of the NGOs behind the latest anti-Israel flotilla to Gaza is funded by the French government, Arutz Sheva has learned.

The Platform of French NGOs for Palestine (Plateforme des ONG françaises pour la Palestine) is among the groups supporting the Freedom Flotilla III, which seeks to directly defy the Israeli government’s blockade of the Hamas-ruled enclave.

But another potentially controversial aspect of the flotilla that has been largely overlooked is the role played by European government-funded NGOs.

The Platform of French NGOs for Palestine is an umbrella organization for more than 40 anti-Israel groups, and is very active in the so-called BDS (Boycott Divestment and Sanctions) movement against Israel. Among other things, the Platform demands an end to all agreements and relations between the European Union and Israel.

It is also a regular recipient of French taxpayers’ money, via the French Development Agency (Agence Française de Développement or AFD), a public aid agency which works on behalf of the French government to carry out “sustainable development programs” around the world.

…
The Platform has also received thousands of euros in donations from French parliamentarians, according to a 2014 report by the NGO Monitor watchdog.

Two NGOs who are among the organizations who make up the platform – CCFD-Terre Solidaire and Secours Catholique – have received nearly two million euros in French funding as well, according to the same report.

Neither is the Platform the only radical anti-Israel NGO to receive French government funding. For example, the Association France Palestine Solidarité (AFPS) received a grant of €139,550 from the AFD between 2012-2014.

The single-biggest Palestinian recipient of French Development Agency is the NGO Development Center (NDC), which in 2010 received a €5,000,000 AFD grant over the course of three and a half years.

Among other things, the NDC actively works against “normalization” with Israel, and published the “Palestinian NGO Code of Conduct,” which calls on Palestinian NGOs to reject “any normalization activities with the occupier, neither at the political-security nor the cultural or developmental levels.” It also published “A Strategic Framework to Strengthen the Palestinian NGO Sector, 2013-2017,” which “aims to provide a strategic direction to NGOs,” including an “Anti-apartheid wall campaign” and “Anti-normalization campaign.”

The revelations once again shine the spotlight on how European government-funded NGOs are playing a leading role in international efforts to delegitimize the Jewish state, even as European politicians pay lip service against the campaign.

I wonder how much influence these anti-Israel NGOs have had on the very dangerous French “peace initiative”.