Today is not a regular Friday. It is Erev Tisha B’Av, and although we do not mourn on Shabbat (thus the fast is put off until Sunday), we are still carrying on in a more minor key than usual. Therefore this week’s Good News Friday edition will have a slightly different flavour.

My first item is a little bit of schadenfreude at the expense of Hamas terrorists and their foreign funders.  A scandal broke last week in which it was revealed that Mohammed El-Halabi, the director of the Gaza branch of World Vision, an international NGO had been diverting funds to Hamas. World Vision itself is funded by several countries, and now this scandal has reached the UN. The Special envoy to the UN calls for an immediate halt of aid money to Gaza (via Debi Z):

All international humanitarian organizations need to immediately halt all aid money to Gaza until it can be proven that the money isn’t being squandered by Hamas, a leading Christian-Zionist said Wednesday. 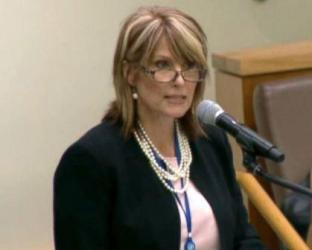 “The enemy of the people of Gaza is Hamas, not Israel. Hamas has hijacked the coastal strip and rules over its people with an iron fist. For decades, the leadership of Hamas has robbed its people of aid money,” said Special Envoy to the United Nations Laurie Cardoza-Moore. “The time has come to halt all aid money into the Gaza Strip as long as Hamas is in control.”

Her position comes hours after a UN employee in Gaza was indicted for funneling charity donations to fund Hamas naval units and days after a representative of the Evangelical World Vision organization was accused of channeling up to $50 million in charitable donations to the Islamist group.

Cardoza-Moore represents the World Council of Independent Christian Churches at the UN and is president of the Evangelical Christian organization Proclaiming Justice to the Nations.

“If the international community wants to help the impoverished people of Gaza, they must work to free them from Hamas,” she said. “It is unacceptable that hundreds of millions of dollars are likely being directly transferred to the coffers of an international terrorist organization in the name of Christianity and humanity. No church or humanitarian organization should send a single cent to Gaza as long as it is run by a band of murderous terrorist bandits.”

Cardoza-Moore contacted World Vision last week to clarify how an Evangelical Christian organization could hire a Hamas terrorist sympathizer to distribute aid money. She has not received a response.

She has also lodged a formal complaint with the UN Development Program and demanded that they immediately stop distributing aid to Gaza.

Kol Hakvod to Ms. Cardoza-Moore. I’m delighted that she has taken her outrage up to the UN. It’s about time that they were forced to account, literally, for their funding of terror organizations.

Talking about schadenfreude, a little mystery has emerged in Britain, where the UK Government report on its involvement with Israel’s nuclear arsenal has mysteriously disappeared! (via Brian Goldfarb):

According to the report, over the last four years, 402 government documents have disappeared from the National Archives, including Foreign Office files from the 1970s and a letter written by former prime minister Winston Churchill in 1947.

Documents relating to city planning in Jerusalem during the time of the British Mandate also appear to be missing, the BBC said, including 23 photographs of plans and a “panoramic view of Mount of Olives; outer and inner city views,” as well as a 1918 memorandum by Sir William McLean, a civil servant and British architect, who submitted plans to develop Jerusalem while preserving the Old City, the report said.

Historian and Labour MP Tristram Hunt, vice-chair of the All-Party Parliamentary Group on Archives and History, told the BBC that the missing documents are a “worrying loss.”

It is indeed sad that the documents relating to Jerusalem and the Mandate era have been lost, but as for the nuclear stuff – all I can say is, how convenient! I’m sure it’s going to be called a Zionist plot. 😀

And now, a couple of inspiring videos for this unusual bittersweet Shabbat.

Kol hakavod to Mrs. Neufeld on her marvellous story and her dedication to education and learning. She is an inspiration to us all.

And finally, as Tisha B’Av, or rather the 10th of Av, is the anniversary fo the accursed “Disengagement from Gaza”, aka the withdrawal, or retreat, or surrender (delete any applicable), which led to the inevitable rise of Hamas and the subsequent wars we suffered, it is encouraging to learn that 11 years later, the evacuees from Gush Katif are not only rebuilding their lives, but rebuilding their synagogues too:

May the former evacuees continue to rebuild their lives and their communities in their new dwelling places with success and happiness.

And on that note, I wish you all Shabbat Shalom. I pray that the impending fast be turned into a yomtov, a festival, by the coming of the Mashiach.