The British Labour Party has descended from mild eccentricity to vicious antisemitism in a relatively short time.  As we have seen in backwards Middle East and other totalitarian societies, hatred of the Jews damages not only the Jews but the haters’ own societies. Here too,  Labour’s insane obsession with Israel has led them to the idiotic and narrow-minded decision to dump security firm GS4 because of its former ties to Israel.

This decision has now left them open to having their event cancelled by the police – because they have no security!

The Labour Party in Britain was left without security arrangements for its annual conference next month following its boycott of a longtime contractor with ties to Israel.

Labour’s dropping of the British-Danish G4S security multinational firm follows a controversial vote last year by members of its National Executive Committee, leaving the party with no fixed arrangements for the Sept. 25 event, The Telegraph reported Wednesday.

Only half of the committee was present when a majority in the room voted in November to sever the party’s ties with G4S over unspecified “concerns about G4S contracts,” as the minutes from the meeting read.

G4S has faced criticism over its involvement in Israeli prisons where Palestinians are held. The Israeli lawmaker Hilik Bar wrote in a letter to a Labour colleague complaining about reports that suggested the Labour boycott was over Israel.

Labour spokespeople have denied this and, following a recommendation from one committee member, the minutes of the session on G4S were to be altered to exclude any mention of Israel, The Jewish News reported in January.

With no security firm to handle the Sept. 25 conference, the Home Office and police could shut down the event. Three companies declined the offer of a contract and one withdrew its bid after carrying out a risk assessment, according to the Telegraph report.

I really truly hope that Labour will not be able to find another security company, and that their national convention will be cancelled. It’s the next best thing to having the entire party cancelled due to its endemic antisemitism.

In related news, via Harry’s Place, Corbyn supporters suggest that the judge who heard the appeal to allow new (pro-Corbyn) members to vote, and who ruled against the appeal, is biased because he is Jewish and born in Israel.

It’s shocking and disturbing that some supporters of Jeremy Corbyn have suggested that the judge who ruled against him in a Labour party membership case was biased against him because he was born in Israel or because his is a Zionist or because he attended a Jewish boarding school.

Lord Justice Jack Beatson ruled in the Court of Appeal on Friday that Labour had the right to block new members from voting in the leadership contest between Jeremy Corbyn and Owen Smith.

The decision affects around 130,000 party members, most of them thought to be Corbynites.

Mr Corbyn’s campaign team attacked it as wrong “both legally and democratically”.

After the ruling, messages were posted on Twitter questioning Justice Beatson’s competence because he was “born in Israel”.

This led one of Labour’s Jewish donors to slam party leader Jeremy Corbyn and his “Nazi stormtroopers” supporters:

In an op-ed published by the Mail on Sunday titled, “Why I despise Jeremy Corbyn and his Nazi stormtroopers,” Foster berated the leadership of the British Labour Party.

Foster described the inner circle around Corbyn as his “Sturmabteilung” – the name of the Nazi’s SA “Brown shirt” stormtroopers.

The remarks came after Britain’s Court of Appeal strengthened the sole leadership challenger, Owen Smith, by ruling that 130,000 new members to the party could not vote in the race that ends on September 21. These members are thought to back Corbyn.

“This [earlier court] decision [to allow the new members to vote] advantaged Corbyn and his Sturm Abteilung (stormtroopers), but on Friday afternoon the Appeal Court handed down a big decision for British democracy,” Foster wrote.

He also wrote, “If you are like me, a Jewish donor to Labour, you are smeared as a Blairite conspirator, plotting to falsely use the accusation of anti-Semitism to damage the Left…. Corbyn and his leadership team have no respect for others and worse, no respect for the rule of law.

“They clearly have no moral compass, and in Corbyn they have a leader who wants to abolish the House of Lords yet is happy to confer and defend the granting of a peerage on Shami Chakrabarti, whose detailed report into anti-Semitism in the Labour Party was anything but independent….

“Oppose them as a Jewish donor and the riposte from Seumas Milne, Corbyn’s mouthpiece, is that you are part of a Blairite, Right-wing ‘conspiracy’ (the ancient racist rhetoric is that Jews don’t act alone, the malevolent Jew always conspires) to destabilize the democratically and legitimately elected leader,” Foster wrote in the Mail on Sunday.

Phew! That’s one of the most outspoken condemnations of Corbyn and his nefarious tactics that I have ever read.

One cannot be surprised at the level of anti-Jewish bias in the party when (as reported by British political blogger Guido Fawkes) they have, for example, members such as Young Labour’s International Officer, with a proven record of anti-Zionist rants, appearing on Iranian TV to defend Corbyn: 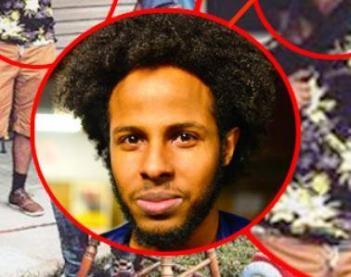 Young Labour’s International Officer Abdi-Aziz Suleiman sparked a furore over the weekend when he appeared on the Iranian state-run Press TV to defend Corbyn. He has previous. In another Press TVinterview, Suleiman rails against “dedicated Zionists” and rants about Israel. When he was called out, he responded by arguing Israeli media should be boycotted instead.

Given this dismal record, Israellycool is right to ask if, following the murder of MP Jo Cox, those Israel-hating MPs (not all Labour MPs are antisemitic it must be noted) will forego their personal security training of Krav Maga, given that it is an Israeli-invented method.

An unarmed combat technique used by agents from Israel’s feared secret intelligence agency Mossad is being taught to MPs to protect them against attack following the murder of Jo Cox.

Called Krav Maga – Hebrew for ‘contact combat’ – it combines elements of judo, jiu-jitsu, boxing and street fighting and can be used on assailants with knives or guns.

Jeremy Corbyn’s reaction when told about the training (via Israellycool)

How ironic that it took the murder of Jo Cox – a proponent of BDS – to lead to this.

Which again all takes us back full circle to the conclusions from my previous post.  Antisemitism negatively affects not only the Jews, but the antisemites themselves, just like hatred mainly eats up the haters rather than the object of the hatred. The more antisemitic a society, the more regressive, repressive and backwards it eventually becomes.

It’s lucky for Britain that it has a solid and stable pro-Israel Conservative government – for now.