Some very good news to start the week, brought to us initially by The Sun and followed afterwards by all the other media: Britain suspends its aid payments to the Palestinians following claims that the aid money is funnelled to terrorists:

BRITAIN is suspending millions of pounds-worth of aid payments to the Palestinian Authority amid staggering claims taxpayers cash is ending up in the hands of terrorists. 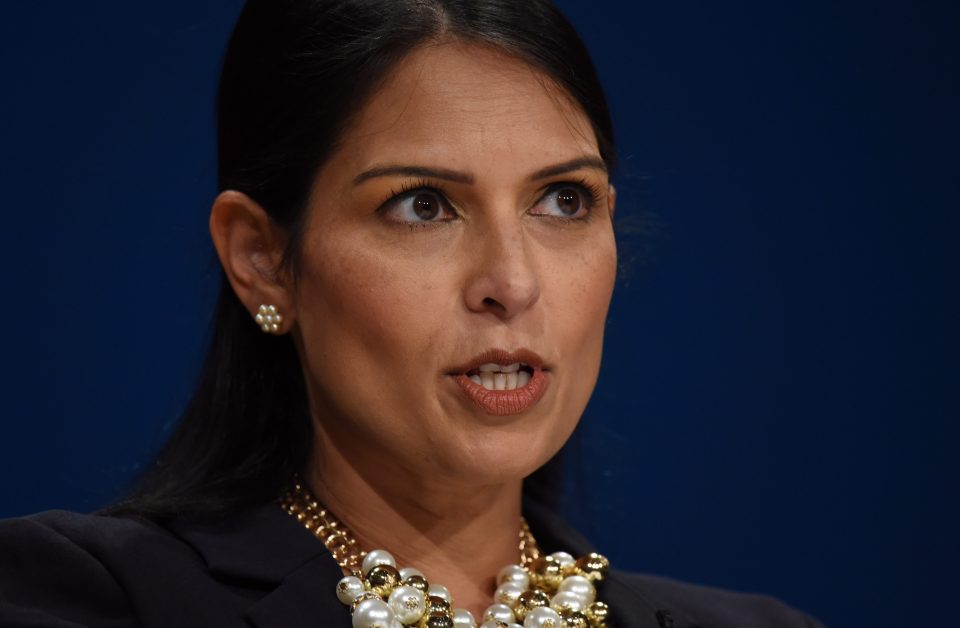 Earlier this summer furious MPs demanded action after revelations UK aid supposedly paying for civil servants in Gaza was being transferred to the Palestinian Liberation Organisation.

One Hamas master bomber was alleged to have been given £100,000 by the PLO.

Other ‘salaries’ is said to have gone to families of suicide bombers and teenagers attacking Israel.

Dfid has previously admitted the PLO makes “social welfare” provisions for prisoners’ families but ruled out the idea UK cash is being diverted in this way.

Government sources yesterday conceded that many of the civil servants were doing other jobs while pocketing UK taxpayers’ cash.

The decision by the Department for International Development means £25 million in cash is being withheld this year – a third of the total aid sent to Palestine. The majority goes to charities in the region.

t was reported that one Hamas master bomber had been given £100,000; while other ‘salaries’ are said to have gone to families of suicide bombers and teenagers attacking Israel.

And it emerged that some charities funded by taxpayers’ money were ‘promoting violence on social media pages’.

Ms Patel, who was sent to the Department for International Development by Theresa May in July, has already launched a crackdown on the way British aid money is spent.

She told the Mail last month that British aid money was being wasted and stolen, and promised a major overhaul of the £12billion aid budget to make it finally ‘deliver for our national interests’.

The minister pledged to pour hundreds of millions of pounds into foreign hotspots to deter ‘mass migration’ to the UK and mainland Europe, and using aid cash to boost UK trade and exports in the wake of Brexit.

This move by the British government cannot be praised highly enough. Firstly it sets a clear red line which it now refuses to cross: aiding terrorists.

Secondly it sets a loud and clear precedent and a shining example for the multiple other countries who all heap aid on those “poor” Palestinians, the most spoiled and cossetted – and fake – refugees in the entire world that they must carry out due diligence on their aid money to check where it ends up.

Huge kudos are due to British-Israeli Kay Wilson who has told and retold her horrific story of how she and her friend Kristine Luken were ambushed in 2010 by two Palestinian terrorists while they were hiking in the Judean Hills, tied up, chopped up by machetes, and left for dead. Tragically, Kristine Luken lost her life while Kay heroically managed to crawl over a kilometer to safety where passers-by alerted the security forces.  It was Kay’s heroism, bravery and preparedness that enabled her to lightly stab one of the terrorists with her pen-knife, thus providing an invaluable DNA sample which enabled the IDF to locate the terrorists and bring them to justice.

Here is Kay speaking out at the UNHRC about cash payments to terrorist murderers and their families, rebuking for their anti-Israel agenda and for enabling :

She also recounted the actual attack in horrific graphic detail:

Recently Kay was in England where she once again recounted her dreadful attack and the aftermath, and the story was picked up in the British press, where she pointedly asked noted:

You pay two Palestinian terrorists who left this British woman for dead and killed her friend £9,000 each every year – as a ‘REWARD’

That article was a natural follow-up to the Daily Mail’s earlier expose of the way UK taxpayers’ money was being used, via British international aid, to pay salaries to terrorists.

These stories ultimately led to a Parliamentary inquiry which culminated in the British government’s suspension of aid to the Palestinians.

Now all that remains to be seen is how long this suspension of aid will last, what shape will the counter-fight from the Palestinians and their supporters take, and most importantly, how many, if any, other countries will follow suit?

One more small step in the right direction came davka from Ireland, not exactly known as being a bastion of Zionism as The Bank of Ireland shut down anti-Israel BDS accounts:

The Bank of Ireland, the country’s oldest financial institution, closed the accounts of the pro-Boycott, Divestment, Sanctions organization’s Ireland Palestine Solidarity Campaign (PSC) in late September. The group’s accounts were terminated in Ireland and Northern Ireland, according to a report Sunday in the Irish news outlet RTÉ.

According to RTÉ, the PSC said the bank closed its accounts because it defined transfers to Palestinian territories as high-risk. The PSC said it transfers funds to a factory in the West Bank that produces Palestinian scarves that the PSC buys to promote solidarity, wrote RTÉ.

The PSC had held accounts at the Bank of Ireland for 15 years.

The Irish pro-Palestinian group opened a new account with the Allied Irish Banks (AIB). A Post query to the AIB was not immediately returned on Monday.

According to RTÉ, the PSC believes it is vulnerable to a new closure.

… The AIB and the Bank of Ireland are considered to be part of the “Big Four” Irish financial organizations. SPC also maintains a PayPal account.

The SPC branch in Ireland is a hardcore BDS group targeting the Jewish state.

The closure of the SPC account appears to be part of a larger trend within the European banking system to sever ties with pro-BDS groups.

RTÉ wrote, “It [closure of the SPC account] follows similar decisions in other European countries including Austria, Germany, France and the UK where banks have closed down accounts of Palestinian campaign groups.”

Ireland is considered one of the strongholds of BDS activity in Western Europe. The termination of the SPC could result in growing financial actions to end relationships with pro-BDS groups.

The Post reported first on the closures of bank accounts in France, Germany and Austria in 2016.

May all these anti-terror actions, whether suspension of aid to terrorists or closing down BDS accounts, be the welcome harbingers of a more pro-Israel, indeed pro-freedom and pro-democracy, stance in Europe.