What a week it’s been! This time last week, how many of us were dreading the election of Hilary Clinton and the effective continuation of Obama’s administration? What a turnaround there was! Not that Donald Trump is exactly the knight in shining armour for most of us, but he’s got to be better than Clinton would be.

All the more reason to celebrate with another Good News Friday installment, although because time is short this will be a short post. 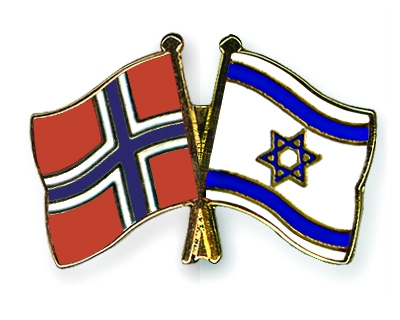 Some good news from Norway of all places, (via Reality), that bastion of vitriolic anti-Zionism – a changing wind is blowing through Israel-Norway relations:

In frigid Oslo, Norway, a city and country known among Israelis largely for its role in the brokering the Oslo Accords, a subtle shift is taking place. Some in the Norwegian government and hi-tech sector are looking at Israel not through the traditional lens of the Israeli-Palestinian conflict, but as a potential partner in business, hi-tech and innovation.

At the 2016 Oslo Innovation week held in October, Anya Eldan, the general manager of early stage innovation at the Israel Innovation Authority (under the Economy Ministry), was a keynote speaker on a panel with Norway’s Innovation Chief Anita Krohn Traaseth.

“We feel like a popular kid in the class,” said Dan Poraz, deputy chief of mission at the Israeli Embassy in Norway, to group of journalists in October at the embassy. “At the most important event in Norway for the second year in a row we have very prominent Israeli speakers as keynote speakers,” he added.

According to the Norwegian Ambassador to Israel, Jon Hanssen-Bauer, the current Norwegian government is looking to have “a much wider horizon” when it comes to Israel. “With the current government, we are trying to build up trade and bilateral relationships. We are active in the peace process, we do work together with Israel on that, but we are also trying have a much wider horizon,” he said during a meeting with a delegation of journalists in his Ramat Aviv office in October.

The 2013 Norwegian elections led to the election of a center-right government led by a Prime Minister Erna Solberg of the Conservative Party and the right-wing Progress Party. The alliance dethroned the left-leaning Labour coalition.

This is such welcome news! It’s clear that the change of government has brought about a change of heart, and not a moment too soon. Both countries can benefit hugely from each other’s products and developments, and we can hope to look forward to the beginning, or the renewal of a beautiful friendship.

Closer to home, here is an amazing  defence of Israel and a rebuttal of the terrible accusations lobbied at the IDF by the extreme left and BDS bigots, written by an extraordinary young man, an Israeli Bedouin who serves in the IDF:

Click the words “see more” to read the whole thing.

Kol hakavod to Adam Ram both for his service and his courageous stance in defence of Israel and the IDF. His family and people can be very proud of him, and we Israelis must give thanks that we have such wonderful young people willing to serve in the defence of our (and their!) country.

A fitting note to conclude this post is the Shabbat Project (or Shabbos Project) which is taking place in Jewish communities throughout the world. It is an incredible venture aimed at bringing the beauty of Shabbat, with its mitzvot and customs, to Jews around the world, whether they are religiously observant or not. The project also entails mass challah-baking sessions and other preparations for Shabbat, and it has taken off in Israel as well as elsewhere.

Watch this beautiful video, and if the Shabbat Project is taking place anywhere near you, go and join in!

Kol hakavod to the initiators and campaigners who got this massive rpoject off the ground a few years ago, and to all the activists and volunteers who take part each year (including my wonderful cousin’s daughter Dena in Toronto) to make this fantastic project such a success.

And with this heart-warming thought I wish you all Shabbat Shalom!