Britain’s Foreign Office came about its moniker honestly. Since the days of T.E. Lawrence, aka Lawrence of Arabia, it has held a romantic, idealized view of the Arabian way of life and a fondness for Arab culture. This view has barely diminished despite the deadly civil wars and terrorism wreaked by the likes of Al Qaeda and ISIS. This goes a long way towards explaining the anti-Israel position of the Foreign Office, even when this clashes with the view of the prevailing government.

This is the situation that we find ourselves in today once again. The current spat between Israel and Britain comes against the background of Israel being the one country that has never been honoured with an official royal state visit by the British Royal Family. State visits have been arranged in a one-way direction only – with Israeli leaders being welcomed by the Royal Family, but never in the other direction.

In recent days there has been talk that Prince Charles was to make an official visit to Israel.  However that has apparently been scuppered by our ever-faithful Camel Corps, aka the Foreign Office, as who “pandered to Arab dictators, according to The Sun:

The heir to the throne was set to become the first Royal to carry out an official state visit to Israel since it was created in 1948.

Prince Charles was set to travel to Israel to honour thousands of British war dead at the centenary of the WW1 Palestine Campaign and the historic Balfour Declaration. 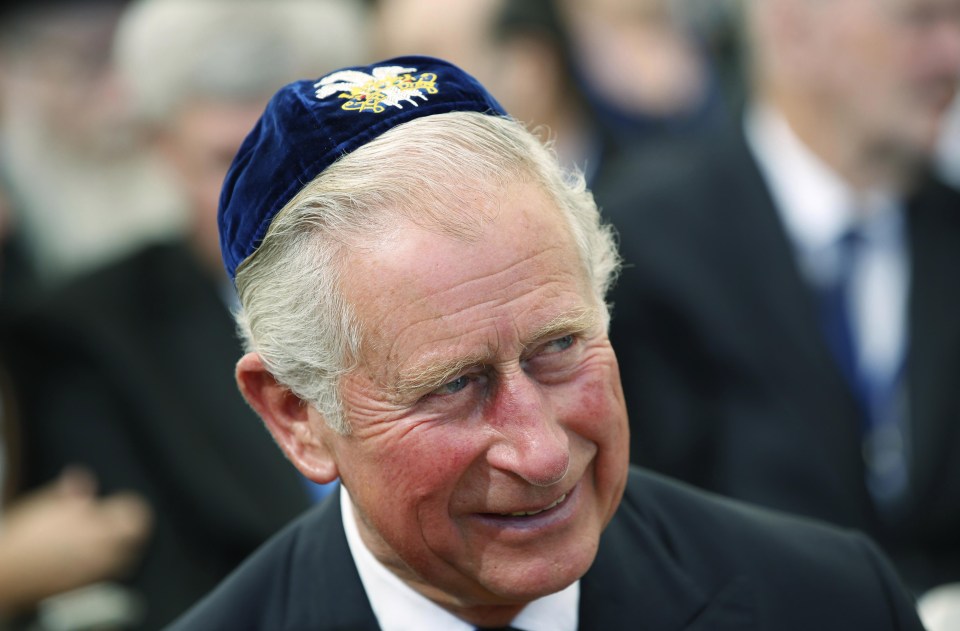 Prince Charles at President Shimon Peres’ funeral in Jerusalem in 2016

But insiders say the controversial trip – unofficially pencilled in for later this year – has now been binned.

It is feared the decision may have been taken to avoid upsetting Arab nations in the region who regularly host UK Royals.

Col. Sir Richard Kemp, former Commander of the British Forces in Afghanistan, and a stalwart supporter of Israel, condemned the Foreign Office’s interference, calling it an insult to British war dead as well as to the State of Israel, as the Jewish Chronicle reports:

Although the trip was never officially announced, it was rumoured to be under consideration after Israeli president Reuven Rivlin issued an invitation during a meeting with Foreign Secretary Boris Johnson in Jerusalem in March.

Colonel Richard Kemp, a former commander of British forces in Afghanistan, told the Sun the decision was an “insult to British war dead”, and accused the Foreign Office of being behind the decision.

Mr Kemp claimed the FCO were “pandering” to Arab dictators by allegedly blocking the trip.

No Royal has ever been on an state visit to Israel since it was founded in 1948, although there have been official visits to Saudi Arabia, Jordan, Egypt, UAE, Oman, Bahrain, Iran, Iraq, Kuwait, Libya and Qatar.

According to the Sun, the decision was made by the Royal Visits Committee – part of the FCO – and there is no suggestion the Prince of Wales was involved in the cancellation.

The invitation reportedly never reached the office of Prince Charles.

If the Foreign Office were indeed involved in the cancellation, or rather the non-actualization of the royal visit, because of their kowtowing to Arab dictators, this would hardly make sense in the current climate. Since the rise of Iran, plus the rapid expansion of ISIS’s influence in the Middle East, not to mention the meddling of Russia in Syria and the withdrawal of American influence under the auspices of the Obama administration, Israeli and Western-oriented Arab regimes have drawn closer together than at any time in the past.  Although all sides would vehemently deny it, there is a fair amount of agreement and quiet cooperation between Israeli and Arab governments.

Is it possible that the British Foreign Office is “more Catholic than the Pope”? More anti-Israel or maybe more pro-Arab than the Arabs themselves?

I think we are all owed an explanation, especially Israel and Prince Charles himself.