Posted on 3 November 2017 by anneinpt

It’s nearly Shabbat, so I will abandon all the bad and depressing news for now and concentrate on a Good News Friday post to lift our spirits.

To start off, here is an Only in Israel moment: this Facebook post was actually posted to my friends’ whatssapp group,who is related to the groom. The video has gone viral because it is so joyous and such fun to watch. My friend wrote in her message:

A relative of ours from Holland got married last week. On their way home from the wedding, at 2 a..m. on Route 1 there was a traffic jam and all the cars were stuck.

A group of Yeshiva boys who were also stuck noticed the wedding car, got out of their buses, pulled the bridegroom otu of his car and carried him on their shoulders while dancing. 2 a.m. on Route 1…

Surely an Only in Israel moment! אשריכם ישראל! Happy are you O Israel!

And now for something completely different, Israel researchers have found yet another potential cure for metastatic cancers;

An enzyme normally found only in sperm cells is the same one that enables cancer cells to metastasize throughout the body, according to an Israeli researcher who has devised a synthetic compound to disable the enzyme.

When they metastasize (leave the primary tumor and spread to other organs), cancer cells must improvise to survive and flourish under harsh conditions such as a shortage of basic nutrients like glucose. One way they do this is by reprogramming their energy-generation system, said Prof. Uri Nir of Bar-Ilan University in Ramat Gan. 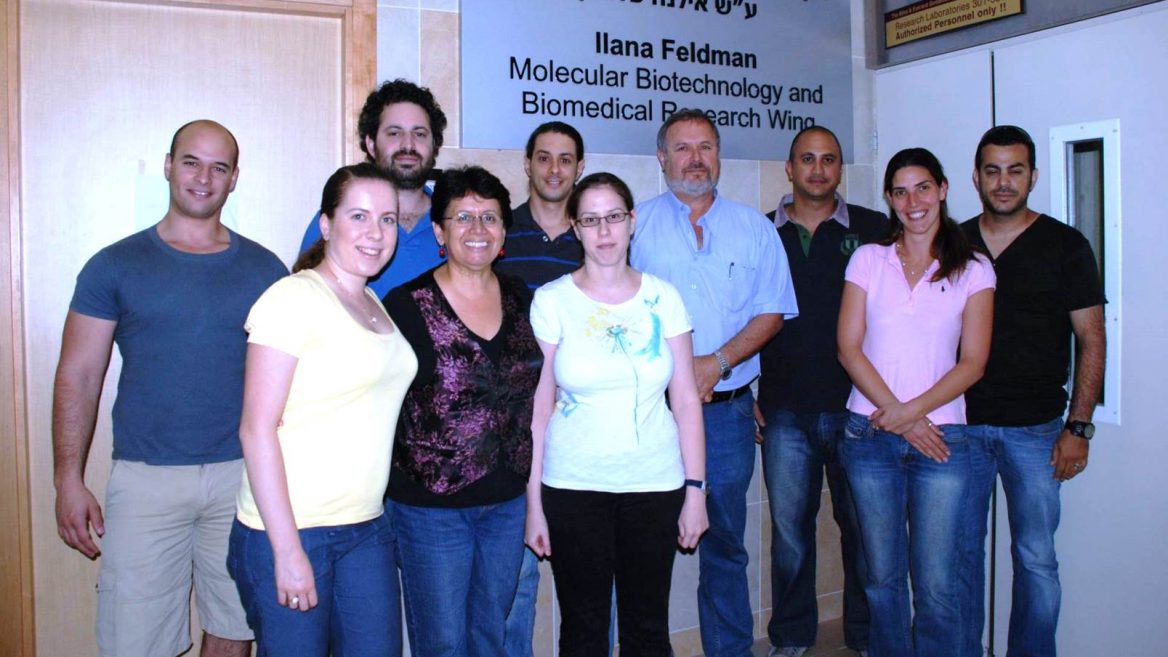 Nir and his team identified an enzyme called FerT in the energy-generating mitochondria of metastatic cancer cells. When they targeted FerT in lab mice, the malignant cells were sapped of energy and soon died.

When the scientists searched for a similar enzyme in the mitochondria of other body cells, they found it only in sperm cells.

Nir reasons that this may be because sperm cells — the only cells that must function outside the body they came from – are similar to metastatic cells in their need to generate energy under difficult conditions.

“We found that very aggressive metastatic cancer cells looked for and identified this sperm-specific protein, learned how to produce it and harnessed it in order to potentiate their mitochondria and produce energy under very harsh conditions,” Nir explained.

Using advanced chemical and robotic approaches, Nir’s lab team developed a synthetic compound, E260, which can be administered orally or by injection.

When introduced into metastatic cells in culture or mice with metastatic tumor, E260 enters the mitochondria and binds with the enzyme FerT, inhibiting its activity and causing a complete collapse of the entire mitochondria “power station.”

“We have treated mice with metastatic cancer and this compound completely cured them with no adverse or toxic affect that we can see. We have also checked several normal cells and they are not affected,” reported Nir.

Nir and his team plan to pursue Phase 1 clinical trials within the next 18 months.

What an incredible discovery with such enormous potential. May Prof. Nir’s research together with his team bear the hoped for results.

And one last update before Shabbat: I am delighted to inform you that my granddaughter Shaked came through her operation with no complications. She is now back to her happy self, and “switch-on” of the implants will be in 3 weeks time. Don’t worry, I will keep you informed! Our warm thanks go to Prof. Ronen Peretz and all the staff in the Children’s Surgical Ward in Shaare Zedek Hospital for their wonderful, devoted and professional care, and their helpfulness towards all of us family members.

My grateful thanks go to all of you who prayed for Shaked’s recovery. תזכו למצוות!

And now I wish you all Shabbat Shalom!