Our happiness on Friday afternoon was shattered shortly before Shabbat as we learned of a terror attack near Mevo Dotan in northern Samaria, when a Palestinian terrorist rammed his car into a group of IDF soldiers, killing two and very seriously injuring another two:

Two Israeli soldiers were killed and two others were seriously wounded in a ramming attack near Mevo Dotan, in northern Samaria, on Friday afternoon.

The military identified its dead as Capt. Ziv Daos, 21, from the central Israeli city of Azor, and Sgt. Netanel Kahalani, 20, from the northern community of Elyakim.

The wounded soldiers were airlifted to the Rabin Medical Center in Petach Tikvah. Hospital officials said Sunday that the condition of one of the soldiers, who had suffered severe head trauma and was fighting for his life, has improved and his life was no longer in danger. The other soldier remains in serious condition.

The attack occurred when driver Ala Qabha, 26, a resident of the village of Barta’a in the northern West Bank, approached a military post on Route 585 near the entrance to Mevo Dotan, 10 kilometers (6 miles) southwest of Jenin.

The terrorist’s mangled car after the attack

He sped up, plowing through the soldiers standing at the post. Video from the scene showed Israeli and Palestinian medics treating the wounded.

Daos and Kahalani were pronounced dead at the scene.

The attacker, who sustained minor injuries, was arrested and treated in an Israeli hospital for his injuries.

The fact that the terrorist was walking around could be laid at the door of our own security establishment:

The Shin Bet security agency said Qabha had been released from Israeli prison in April last year after completing a 17-month sentence for security-related offenses.

Low-lifes like Qabha should never be allowed to walk freely again after committing security offences. If the courts deem that they should be released at the end of their term, at the very least they should be deported. We are just creating a revolving door for terrorists with our own hannds.

The two victims were laid to rest today:

The two IDF soldiers killed in the car-ramming attack in the West Bank on Friday were mourned by relatives and friends on Saturday, who separately recalled the slain servicemen for their kindness and “heart of gold.”

Sgt. Netanel Kahalani, 20, from Elyakim in northern Israel, was buried early on Sunday in the cemetery in his hometown, with thousands in attendance, according to Hebrew reports.

“I have not yet processed this and I don’t know if I can go on,” said his father, Danny Kahalani, at the funeral, according to the Ynet news website. “I loved you so much, and I lost you in a second. Twenty years is nothing, but I am thankful for them.”

Netanel was a gift,” Naomi Kahalani, the mother of the slain soldier, told reporters on Saturday night, ahead of the 20-year-old’s funeral. “I thank God for giving me this child. He had a heart of gold, a pure soul. He was an incredible child.”

“Everyone loved him, he helped everyone, always smiling,” she said. “He never held a grudge against anyone.”

Daos, 21, from the central town of Azor, was a platoon commander in a Home Front Command search and rescue unit. He was posthumously promoted to the rank of captain. Daos’s funeral was scheduled for Sunday at 12:00 p.m. at the military cemetery in Holon.

Shirel Sharabi, a high school friend of Daos, told the Ynet news website the late IDF officer was slated to be released from his military service on Thursday.

“I’m broken. We were good friends for years in high school,” she said. “He was always the most successful, the smartest, the most talented. He was the one everyone wanted to be around. Modest and quiet, yet so powerful. He was a guy with a heart of gold and a pure soul.”

What a terrible loss to their families and to the nation! May they be comforted amongst the mourners of Zion and Jerusalem.

We had hardly begun to absorb the shock of this attack when another attack took place this evening, this time in the Old City of Jerusalem. Adiel Kolman, a security guard, was stabbed to death. The attacker, a Palestinian with a temporary work permit in Israel, was shot dead at the scene:

A terrorist stabbed an Israeli man to death in the Muslim Quarter of Jerusalem’s Old City on Sunday, officials said. The victim, who was critically injured in the afternoon attack, died of his wounds in the hospital on Sunday evening.

The attacker was quickly shot dead at the scene by an Israel Police officer, police said.

Kolman was evacuated to a Jerusalem hospital where doctors tried in vain to save his life. 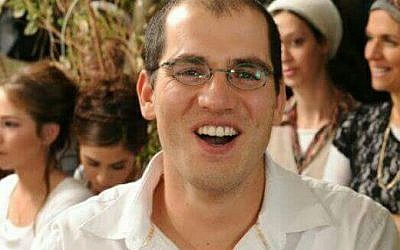 Adiel Kolman, who was killed in a stabbing attack in Jerusalem’s Old city on March 19 2018 (Courtesy)

He was initially identified as a security guard in the Old City. However, friends later said he had worked in the archaeological digs at the City of David for the last five years.

The killer was identified as 28-year-old Abd al-Rahman Bani Fadel, a father of two from the village of Aqraba, near the West Bank city of Nablus, the Shin Bet said.

I know we talk of wishing to attain normalization with the Arabs, and what better way to normalize relations than to allow them to work in Israel to support their families with dignity, but when work permits are abused in this way to kill innocent civilians, how can we ever begin to trust any Palestinians?

Politicians jumped on the bandwagon and discussed the implementation of the death penalty, but they know as well as we do that it is all empty talk intended to blow off steam for the benefit of the Israeli public. They convince no one and just manage to look all the more useless with every subsequent attack.

Israeli forces on Sunday, after an extensive manhunt, arrested a suspected terrorist who is believed to have stabbed to death Rabbi Itamar Ben-Gal near Ariel in February, the Shin Bet security service said. 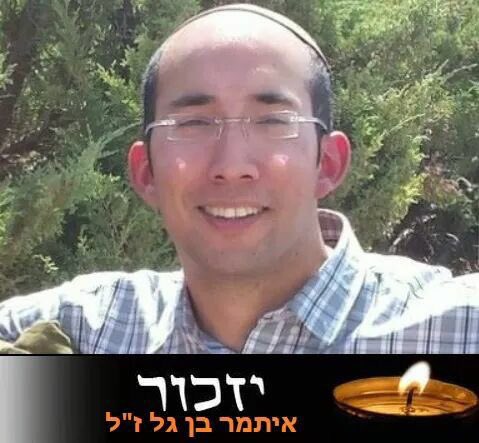 Israeli forces on Sunday, after an extensive manhunt, arrested a suspected terrorist who is believed to have stabbed to death Rabbi Itamar Ben-Gal near Ariel in February, the Shin Bet security service said.

On February 5, 19-year-old Abed al-Karim Assi, an Israeli citizen, is believed to have attacked Ben-Gal, 29, at a bus stop outside Ariel, a West Bank settlement.

Assi fled the scene, leading security forces on a month-long manhunt that ended with his arrest in the predawn hours of Sunday in the West Bank city of Nablus, the Shin Bet said.

The security service said he was found inside a house in the city.

According to the Israel Defense Forces, Assi was injured during the early morning arrest raid and received treatment from army medics. The military would not elaborate on how he sustained his wounds.

“The arrest was carried out by the Shin Bet, Israel Police Special Patrol Unit and Israel Defense Forces. It was the culmination of extensive efforts since the terror attack, during which a number of accomplices, who are suspected of either helping [Assi] or knowing his whereabouts, were interrogated,” the Shin Bet said in a statement.

In addition to Assi, a number of people who were with him at the time of his arrest were also taken into custody, the service said.

Better late than never I suppose. But Assi can rest easy knowing his family will now benefit from the largesse of the corrupt and murderous Palestinian Authority which pays a salary to terrorists and their families.

Mahmoud Abbas’s hypocrisy is laid bare (in case anyone outside Israel is interested) as he praises the murderers of Israelis while condemning the very same terrorism that has now come to bite him on his backside in the form of an attempted assassination by Hamas of the Palestinian Prime Minister Salam Fayad last week:

Abbas condemns attack on his PM's convoy to Gaza but waits to reward this weekend's rammer of Israelis.https://t.co/nuvmfaOLtz

“This crime was premeditated and its goals and perpetrators are known,” Abbas said during a meeting in his office in Ramallah with Hamdallah and PA General Intelligence Chief Majed Faraj, who was part of the convoy.

Palestinian officials said that Abbas cut short his visit to Jordan and returned to Ramallah upon learning about the incident.

Referring to Hamas, Abbas said that the “de facto” government in the Gaza Strip was responsible for the assassination attempt.

The explosion, he added, was also aimed at foiling the “reconciliation” agreement that was reached between his ruling Fatah faction and Hamas in Cairo late last year.

Abbas and other PA leaders had accused Hamas of refusing to “empower” the PA government in the Gaza Strip.

The PA has demanded that Hamas allow it to deploy security forces and collect taxes in the coastal enclave.

The PA has also accused Hamas of refusing to permit Palestinian civil servants to return to the jobs they held before the terror group’s violent takeover of the Gaza Strip in the summer of 2007.

During the meeting with Hamdallah and Faraj, the PA president said that Tuesday’s incident was in line with the “suspicious goals of destroying the Palestinian national project by separating the Gaza Strip from the West Bank in order to create a suspicious Palestinian state in the Gaza Strip.”

The only surprising thing about this attack is that Israel hasn’t been blamed for it.