The destruction of the Temple and Jerusalem on Tisha Be’Av

Since the 9th day of Av fell yesterday, on Shabbat when we do not mourn, the fast itself was deferred to today, beginning last night at sundown and finishing at sundown tonight. Tisha Be’Av, the 9th day of the month of Av, is the saddest day in the Jewish calendar. As I wrote in a previous Tisha Be’Av post:

You can read a chronology of the major events leading up to the Churban (the destruction of the Temples and Jerusalem) at the link.

Stones from the Temple’s retaining wall which fell onto the street below at the time of the Destruction, still in place after nearly 2,000 years

Even though we are now privileged to live in the reborn State of Israel, under Jewish Israeli sovereign rule, free to worship as we please and to live as Jews free in our land, there are still plenty of reasons for us to mourn the as-yet unfulfilled Geula (Redemption), and while we are certainly witnessing the “footsteps of Redemption” we are not quite there yet.

We do not have sovereignty on the Temple Mount, it is not “in our hands” as Gen. Motta Gur famously declared in the Six day War. The Muslim Waqf has control, and the Israeli government and police cravenly cave in to their demands to limit Jewish prayer there, although this is slowly changing.

Read the Jerusalem Post’s Lahav Harkov’s evocative and sad account of her visit to the Temple Mount back in 2015. Almost nothing has changed.

Israel’s battle for survival is also still ongoing. Iran is champing at the bit, waiting for a chance to wipe us off the map; it spreads its poisonous ideology throughout the world and finances terrorist proxies from Hezbollah to Hamas to assorted gangs in Syria.

Gaza is a permanent tinderbox which flares up every so often. We are now in the midst of another flare-up with Hamas’s attempt to invade Israel through its “Great March of Return” riots at the border, as well as the arson it has caused throughout southern Israel by encouraging the launch of incendiary kites and balloons.

Sadly on Friday an IDF soldier (from my hometown of Petach Tikva) was killed by Palestinian snipers:

The soldier killed Friday by Palestinian sniper fire along the Gaza border was named by the IDF on Saturday night as Staff Sgt. Aviv Levi. 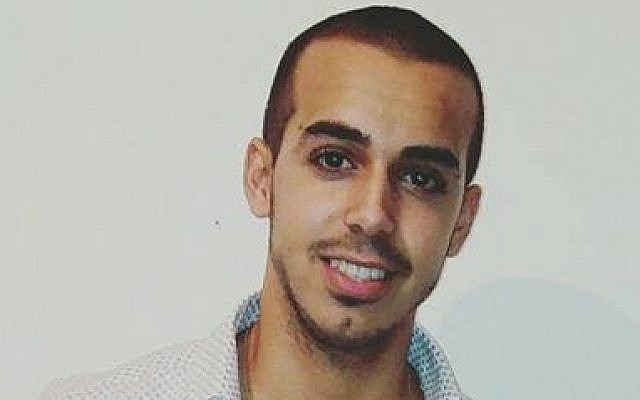 Staff Sgt. Aviv Levi of the IDF’s Givati Brigade, who was killed by sniper fire from Gaza on July 20. (Israel Defense Forces)

Levi, a 21-year-old from Petah Tikva, was an infantry soldier in the Givati Brigade. Levi was the first IDF fatality on the Gaza front since Operation Protective Edge in 2014.

“The IDF shares in the family’s sorrow,” the military said in a statement.

Levi was wearing a bulletproof vest when he was hit in the chest, Hadashot TV news reported on Saturday. He was initially listed as seriously wounded but his condition deteriorated quickly.

In a Facebook post on Saturday, Levi’s girlfriend, Shahar Erez, wrote of a fearless young man with whom she was planning a future.

“My dearest love, my fighter. The heart burns and the tears don’t stop. Who would have thought you’d be gone so quickly?” she wrote.

“You were never scared, no matter what was in front of you. My Aviv, we had a million plans ahead of us and we were counting the days until we’d be together again. In two weeks you have a birthday, and while I was making plans for a perfect birthday celebration, everything exploded.”

What a huge loss for the family and the nation. May they be comforted among the mourners of Zion and Jerusalem (and although this may be a trite phrase repeated automatically at houses of mourning, it has special relevance today, Tisha B’Av).

Aviv’s funeral was attended by hundreds of people. After the killing, Israel responded with yet another huge attack on Gaza:

After Levi’s death on Friday, Israel unleashed an offensive it says destroyed more than 60 Hamas targets, including three battalion headquarters. Four Palestinians were killed, of which Hamas said three were its fighters.

“The attack delivered a severe blow to Hamas’s training array, command and control abilities, weaponry, aerial defense and logistic capabilities along with additional military infrastructure,” the Israeli military said in a statement, adding that the strikes “will intensify as necessary.”

In a statement early Saturday, Hamas spokesman Fawzi Barhoum said the movement accepted the ceasefire brokered by Egyptian and UN officials and that calm had been restored. Later, the Israeli military announced a return to civilian routine along the volatile border.

Channel 10 news reported the ceasefire came after Egypt warned the Palestinian terrorist group that Israel would launch a war “in two hours” if Hamas responded to the retaliatory strikes in Gaza. The report said Egypt threatened to impose sanctions on Hamas if it did not end the cross-border arson attacks.

The ceasefire largely held throughout Saturday, though Israeli tanks twice carried out reprisal strikes at Hamas observation posts inside the Strip. The IDF said the first strike was in response to an attempted infiltration of the border fence in northern Gaza, while the second strike came after a flaming balloon launched from the Strip sparked a fire in nearby Kibbutz Nahal Oz.

I do not understand how attempted infiltrations and launching incendiary devices constitute a ceasefire. Only in the looking-glass world of the Middle East I guess, and only when Israel is one of the sides involved.

For those who wonder how we still need to observe Tisha B’Av and mourn Jerusalem in this modern day and age, here are some further thoughts on the subject:

Every year around Tisha B’Av the question arise whether we should still observe that day by fasting and mourning.
After all we now have a free Jewish State with a strong revival of Judaism.

But what is lacking is physical security to ensure our survival. We are surrounded by neighbors whose declared objective is to destroy the Jewish State of Israel. They besiege our borders and try ro enter and kill our families, men women and children. Most of the world remains silent, even accusing us as an aggressor.

The reason we should continue observing Tisha B’Av is aptly written by the late Rabbi Joseph Ber Soloveitchik in his book “The Lord is Righteous in All His Ways, Reflections on the Tish’ah be-Av Kinot” pp 99,100:

“Eikhah is read not only as a book of Kinot; it is read as a book related to Tish’ah be-Av to help us understand the meaning of the day. Yes the verse says “Shall I cry in the fifth month ? (Zech 7:3). But Tish’ah be-Av is not only a day of crying: it is more. It is an intelligent crying and understanding of the catastrophe and especially of the fallout of the catastrophe.

And that fallout is still continuing. The event of the Hurban was like an atomic bomb. First there was an explosion and then there is the fallout, which may last for thousands of years. The same us true in history. You may have an explosion in history: the event itself. Then you have the fallout: The consequences, the result of the even itself.

This is the Hurban: first the event itself and then the fallout, the total experience of the Jew in the last two millennia . And this total experience is explained through the study of Eikhah and through the medium of the many teachings of Hazal in the Kinot that we recite on the morning of Tish’ah be-Av.”

And Sivan Rahav Meir has this fascinating post, giving us the view of an Ethiopian Olah to Israel who explained what it felt like to make Aliya and suddenly realize – because they had been so cut off from the rest of the Jewish world that they had never known that the Temple had been destroyed! – that the Temple is no longer with us. THAT is what Tisha B’Av should feel like to all of us:

This is Michal Avera-Samuel, age 42. I am the Executive Director of Fidel, the Association for the Education and Social Integration of Ethiopian Jews in Israel. Until I was 9 years old, I lived in a world in which the Temple was standing. Like my parents and all my teachers, I grew up in the belief that following the destruction of the First Temple, the Second Temple was still standing in Jerusalem. We believed that the city is made of gold, in the literal sense of the meaning. I heard stories of the priests practicing their duties in the Temple, my bedtime stories were about the holiness of Jerusalem and I prayed to have the merit to return to Jerusalem, the spiritual center of the world.

Belief in Jerusalem was the key component of our education in Ethiopia, for both children and adults. The absolute truth was passed down from generation to generation that we were obliged to be pure in heart and practice so that we would one day by worthy of coming to the Temple. This gave us the strength to survive the treacherous trek through the desert. We dreamt of Jerusalem as we buried our family and friends who did not survive the journey and as we gave over our possessions to the desert bandits. During Operation Moses, my family and I continued on foot, despite our hunger and thirst, happy in the knowledge that after so many generations we had the merit to stand at the gates of the Holy Temple, God’s chosen site.

We reached Jerusalem and, two thousand years after the event, we found out that the Temple had been destroyed. To this day, I am unable to fill the huge emptiness in my life. I remember when my father saw Jews driving their cars in Jerusalem on Shabbat. I could actually ‘hear’ his desolation.

The years have passed, I have grown older and I understood that in fact I had gained from the experience. I was privileged to grow up with a Temple that was standing. When I formed my personality, I had the honor of having the goal of being worthy of the Temple. My parents lived to a ripe old age and their aim in life was to be pure enough for Jerusalem. It was I, as opposed to generations of Jews since the destruction of the Temple, who merited growing up differently. I and those who were brought up like me can honestly feel the pain of the destruction, we fully understand how the loss of the Temple affects our lives.”

Reading those words brings home to us what our mourning should feel like, how we should feel the pain of our national and religious loss.

Closing on a slightly more uplifting note, here is a history of the Occupation of Jerusalem – occupation by Jordan that is – and how Israel liberated it in 1967: