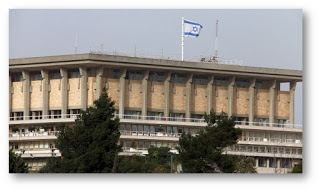 Last week the Israeli government passed a new basic law called in short “the Jewish Nation State Law”, (full text here) which enshrines in law the basic principles on which the State of Israel was founded, including such uncontroversial facts as the fact that Israel is the national home of the Jewish People, that Jerusalem is the eternal capital of Israel, that Hebrew is the official national language, that Shabbat and the Jewish holidays are national days of rest, etc.

Nothing new or exceptional was added to this law, and the rights and privileges of minorities are still protected as they were before.

However the world has cried “gevalt!” and pundits, NGOs and governments around the globe are expressing concern (at the very least) at the fragile state of Israel’s democracy, warning direly of Israel’s mad descent into fascism and worse.

If the outside world does not like this law or what it represents about Israel as a state and as a society, they have no one to blame but themselves. If the Left, BDS groups and anti-Israel activists had not worked so hard over the years to chisel away at Israel’s identity as a Jewish state, undermining Jewish civil and religious rights in Israel, there would never have been a need for this law in the first place.

But with demands to change the words of our national anthem Hatikva, or even to replace it altogether, the constant undermining of Jewish Israeli rights to build housing even in Area C of Judea and Samaria, which is under full Israeli control according to the Oslo Accords, the difficulties placed by Muslim leaders Jewish prayer rights in our holy places, and most egregiously the persistent attempts by BDS and others to change Israel’s character from the National Jewish Homeland to a “country of all its citizens” (i.e. turning Israel into yet another Muslim failed state), the government correctly felt it had no choice but to enact this law in order to preserve Israel’s Jewish character for eternity.

As the author of the piece below wrote:

The 2018 Basic Law is seemingly a reaction to world events since early 2014. While Israel has had to contend with an Arab world that rejects coexistence in favor of terrorism for decades, it has been the world’s more recent embrace of fake history and vile antisemitism that necessitated the Basic Law of the Nation State of the Jewish People at this time.

That the Basic Law would include language that Israel will act to protect Jews around the world, gives some insight of how Israel expects antisemitism to play out in the years ahead.

The following blog by First One Through sets out the new law and explains in the clearest way that I have seen what is new and what isn’t, comparing the new status with the status quo ante. You can read it and judge for yourselves how hyperbolic have been the international and Leftist reactions to the new law.

I urge you to click through to his blog and read it all.

On July 19, 2018, Israel signed a new Basic Law called “The Nation-State of the Jewish People.” It has been called controversial by many liberal media outlets in what it purports to do with minority rights.

The notion that there is a major curtailment of Israeli Arabs’ rights is a gross exaggeration. However, what should be discussed is the novel stance whereby Israel has now assumed the responsibility for the security and the “cultural, historical and religious legacy” of Jews in the diaspora.

Below is the text of the latest Basic Law in Israel, with a review below each point.