Time for a very quick Good News Friday this week.

With all the bad news about antisemitism in the Labour Party in England, and assorted flotillas trying to break the blockade on hamas-run Gan, it is so heartwarming to hear that a group of Swedish Christians are planning to arrive in a flotilla of support to Israel, setting sail during this coming week:

Following Swedish pro-Palestinian activists’ failed attempt to reach Gaza by sea, a Christian supporter of Israel from Sweden announced he would take dozens of pro-Zionists to Israel on his yacht.

Stefan Abrahamsson announced Thursday on Facebook that his yacht, Elida, will set sail from Sweden on Aug. 25 to Israel to show solidarity with the Jewish state and Middle East Christians. 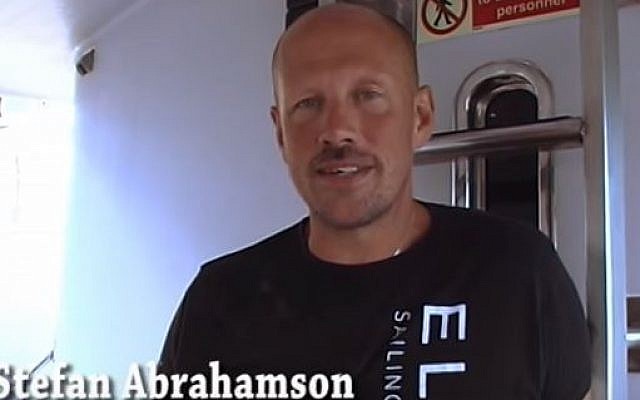 “We want to break the silence of the severe persecution and cleansing of the Christian population that is taking place in this region,” he wrote. “As the only democracy in the Middle East amid ​​dictatorships, Israel welcomes us on this show of solidarity with human rights, freedom of expression, freedom of religion and fundamental democratic values. In turn, we are taking a stand for the values ​​that Israel stands for.”

On Aug. 24, Abrahamsson wrote, he will organize a sendoff party at the Gothenburg marina from which his yacht, carrying about 40 activists, will set sail for Herzliya, Israel. Elida is expected to reach Israel in October and dock there for several weeks. The sendoff will feature a discussion on “precisely these important issues,” he wrote.

Lars Adaktusson, a lawmaker from Sweden in the European Parliament, is scheduled to speak at the event.

This is fantastic news, and so fitting that it comes from Sweden since several Swedish nationals were on board that other flotilla. Kol hakavod to Stefan Abrahamsson on his wonderful initiative. May it be the beginning of several other solidarity flotillas.

The next item is something that I’m sure very few of you have heard about. Salvador Dali created a series called “Aliya” in tribute to Israel. Look at these beautiful photos:

Not many people know #SalvadorDali created a series called Aliyah in tribute to Israel and the Jewish people. The art depicts various aspects of Israel and Judaism delighted to share with you in this thread pic.twitter.com/8bzDgysjcg

You can see the entire 25-picture collection here.

And one last item before I close. Last week I had the pleasure of staying in Jerusalem on a well-deserved mini-break. It was just wonderful! The clear air, the beautiful weather (as opposed to the sauna that is Petach Tikva), and the exuberance of Machane Yehuda market on Thursday afternoon as people were doing their Shabbat shopping was marvellous! Here are some photos for your enjoyment:

Pomegranates already on sale at the shuk, ready for Rosh Hashana

It was a wonderful visit and I’m ready for more! But this week we’re heading up north instead, to the Tsfat region, with all our family. That is going to be a different (and much noisier!) kind of enjoyment. 🙂

I wish you all Shabbat Shalom