Some schadenfreude to start the week

It’s always nice to start the week with good news, so you might like this schadenfreude post. Ever since Donald Trump was elected President of the United States, he and his diplomatic team (UN Ambassador Nikki Haley and National Security Advisor John Bolton) have had Israel’s back like no other president before him. He doesn’t only support Israel with words, but with dramatic action too, like moving the Embassy to Jerusalem. In the last couple of weeks Trump announced the closing of the PLO embassy in Washington because of the Palestinians’ refusal to enter into peace talks with Israel, and also as a reprisal for their taking their case to the ICC:

The Trump administration announced Monday that it’s closing the Palestinians’ diplomatic mission in Washington over what U.S. officials say is the leadership’s refusal to participate in the peace process with Israel. 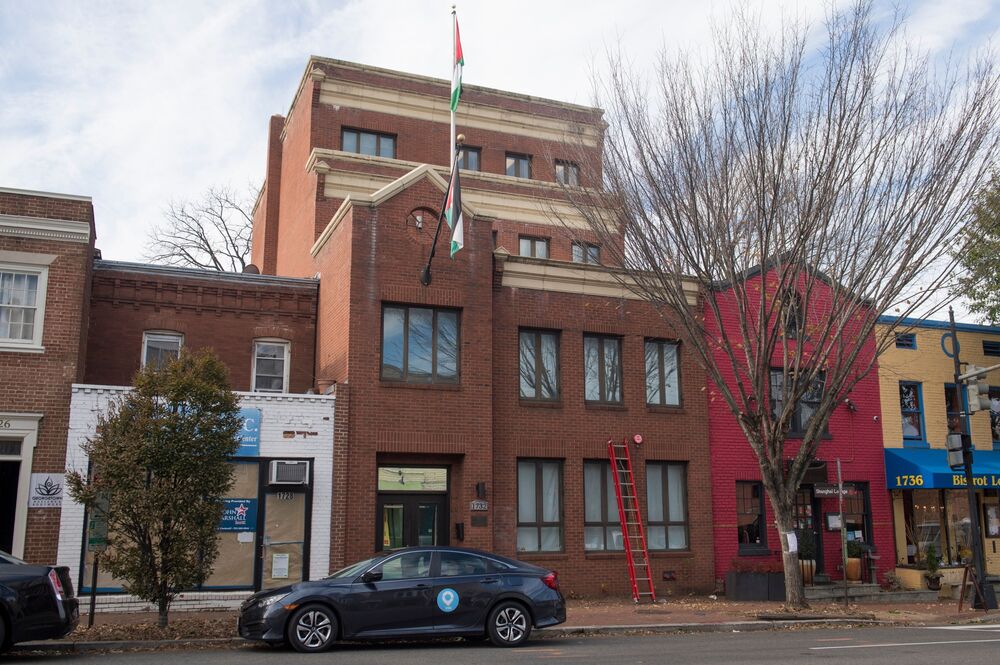 The PLO mission in Washington

The Palestine Liberation Organization has refused to “to take steps to start direct and meaningful negotiations with Israel,” National Security Adviser John Bolton said in a speech Monday in Washington that also took sharp aim at the International Criminal Court.

Bolton spent the bulk of his speech, however, criticizing the International Criminal Court, which he said is too harsh on Israel. Bolton warned the ICC, which the U.S. hasn’t joined, that it could face penalties if it “comes after us, Israel or other U.S. allies.”

Palestinian leaders have urged the ICC to consider action against Israel over its treatment of Palestinians. Bolton cited the Palestinian request to the court as one of the reasons the administration is shutting the diplomatic mission to the U.S.

Along with the closure of the PLO mission, Trump revoked the visas of the Palestinian envoy and his family.

And this week, following the murder of Ari Fuld Hy’d, and the Palestinians’ outrageous pledge to pay the family of the terrorist, the White House sent a warning shot to the Palestinian Authority over their “pay for slay” policy:

The Trump administration is warning the Palestinian Authority that severe US aid cuts to Ramallah may be in the offing unless it ends its compensation program for the families of murderers and terrorists convicted by Israel.

Responding to reports that the family of the killer of Ari Fuld, an American citizen, would receive official compensation for the terrorist act, a White House official noted that recent congressional legislation compels the administration to “restrict the use of Economic Support Funds that directly benefit the Palestinian Authority” unless the State Department “certifies that the PA has taken steps to end the practice of providing payments to individuals, and families of individuals, who committed acts of terrorism.” 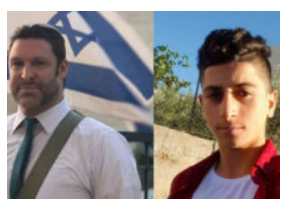 Ari Fuld Hy’d (l), murdered by Palestinian terrorist Khalil Jabbarin (r) who will now receive a monthly stipend from the PA in reward

“As we’ve seen from today’s announcement by the Palestinian Prisoner Affairs Commission with respect to the terrorist who killed Ari Fuld, the practice continues,” said Edgar Vasquez, a White House spokesman. “This is unconscionable and must stop if there is to be any hope for peace.”

Vasquez said the administration “strongly supports” the bill signed into law in March of this year, called the Taylor Force Act, named after the US Army veteran and Vanderbilt graduate student killed in a terrorist attack in Jaffa in 2016. The law would halt funding the PA– except for three exceptions– unless the State Department reports an end to the payment scheme.

“The Palestinian Prisoner Affairs Commission has confirmed that the family of the terrorist who murdered Ari Fuld is ‘eligible to receive a monthly salary’ as compensation for his incarceration,” Friedman wrote of the practice, which he also characterized as “unconscionable.”

Two days earlier, US Mideast envoy Jason Greenblatt tweeted a link to a Jerusalem Post story reporting that the family of Khalil Yusef Ali Jabarin, the terrorist who murdered the 45-year-old Fuld on Sunday, would receive a NIS 1,400 monthly stipend for the next three years from the Palestinian Authority.

It is indeed outrageous. Moreover it is probably one of the prime motivations for Palestinian teenagers to set out to murder innocent Israelis instead of going out clubbing or attending classes like any other normal teenager.

The indoctrination of Palestinian youth is a war crime and human rights violation of the highest order, and until the world holds Mahmoud Abbas and his cronies to account and forces them to change their educational system there will never be peace between Israel and the Palestinians, no matter how much land Israel gives up or how many concessions we do.

The Americans under Donald Trump have taken these vital first steps, for which I for one thank them from the bottom of my heart. If only the Europeans and their do-gooder NGOs (doing good for everyone except Israelis and Jews) would follow suit rather than stepping in to make up for the missing funds. If they don’t stop the pay-for-slay will simply continue.

However it’s not all bad news from Europe: PayPal has shut down a German NGO with links to terrorists:

The US online payment service PayPal has closed the account of the Germany-based NGO International Alliance – an organization that sympathizes with the Popular Front for the Liberation of Palestine terrorist organization and supports boycotting Israel.

While many German banks have terminated accounts with organizations that boycott Israel or support Palestinian terror entities such as Hamas and the PFLP, PayPal’s closure of International Alliance is believed to be the first shut down of an online payment service account in the federal republic for a group involved in BDS and with links to supporters of the PFLP.

While many German banks have terminated accounts with organizations that boycott Israel or support Palestinian terror entities such as Hamas and the PFLP, PayPal’s closure of International Alliance is believed to be the first shut down of an online payment service account in the federal republic for a group involved in BDS and with links to supporters of the PFLP.

As a result of the Post’s exposé articles since 2016, Commerzbank, Deutsche Bank, DAB Bank in Munich, and Postbank have terminated accounts for German NGOs and groups that wage economic warfare against the Jewish state and are linked with sympathizers of the PFLP and Hamas.

Kol hakavod to the Jerusalem Post on its exposes of these vicious groups and for getting their bank accounts shut down.

I think we are now seeing baby steps towards recognition of the vicious nature of Palestinian rejectionism, their incitement to violence and murder through their educational system, and their economic warfare on Israel.  Let’s hope this trend continues and grows.

9 Responses to Some schadenfreude to start the week