The marathon of Jewish holidays is almost over. as the last and most joyous festival of the holiday season approaches– Sukkot finishes tonight and Simchat Torah begins.

But before that, today, the last day of Sukkot, is known as Hoshana Raba, which despite the happy nature of Sukkot is a serious day, the last day on whcih we can repent before G-d seals the Book of Life for the coming year. Special selichot prayers and the Hoshanot tefila – a circling of the synagogue 7 times while holding the Lulav and Etrog – take place in the synagogues.

Hoshana Raba Tefilot at the Kotel

As every year, Arutz Sheva has a beautiful photo essay of the prayers at the Kotel: Hoshana Raba at the Kotel

Hoshanot on Hoshana Raba at the Kotel

And now on to Simchat Torah, which in Israel is combined with Shemini Atzeret.

Rabbi Jonathan Sacks wrote the following article about Simchat Torah and its meaning many years ago, but it is as relevant today as it was then:

MAGINE the following scene. The Lord Chief Justice, together with his senior judges, decide that law is a wonderful thing. They resolve to set aside a day each year to celebrate it. They write poems and compose songs in its honour. When the day comes, they each take a weighty tome — Halsbury’s Statutes would do nicely — and dance round the House of Lords, singing the songs and reciting the poems.

Whacky? Undoubtedly. Impossible? Probably. Yet this, more or less, is what Jews do at this time of the year, on the festival …  called Simchat Torah, literally “rejoicing in the law.” We take the scrolls of the Torah (the Law) from the holy ark and dance round the synagogue, singing love songs to God for His gift, His holy words. If you want to see the majesty and dignity of the law, go to an English court. But if you want to see the joy and exuberance of the law, go to a synagogue on Simchat Torah. 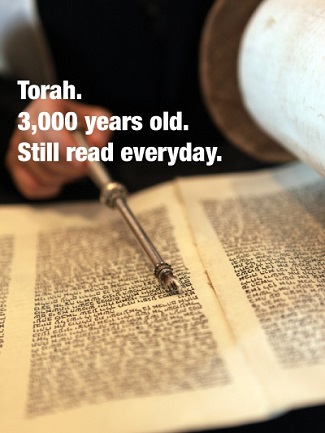 A Torah scroll is the nearest thing Judaism has to a holy object. Still written today as it was thousands of years ago — on parchment, using a quill, by a master-scribe — it is our most cherished possession. We stand in its presence as if it were a king. We dance with it as if it were a bride. We kiss it as if it were a friend. If, God forbid, one is damaged beyond repair, we mourn it as if it were a member of the family.

The Koran calls Jews a “people of the book”, but this is an understatement. We are a people only because of the book. It is our constitution as a holy nation under the sovereignty of God. It is God’s love letter to the children of Israel. We study it incessantly. We read it in the synagogue each week, completing it in a year. During the long centuries of Jewish exile, it was our ancestors’ memory of the past and hope for the future. It was, said the German poet Heinrich Heine, the “portable homeland” of the Jew.

Read it all, it is very beautiful and meaningful.

Regarding the actual day, here is what I wrote in previous years:

The festival is almost schizophrenic in character because its two parts are so completely different.  Shemini Atzeret is festive yet serious, with the Yizkor (memorial for the dead) prayer and Tefilat Geshem, the prayer for rain, (more on that here).

Simchat Torah on the other hand is pure joy, and in Israel, with the festival being celebrated all on one day, it always feels very strange to me to make the sudden switch from all the happiness and jollity of Simchat Torah to the serious prayers of Shemini Atzeret during the Musaf prayers.

But such is the reality of Jewish life I suppose, with seriousness and joy and celebration all rolled together.

So tonight we will all be gathering in shul to start the celebrations,  and the excitement of the day is something I still remember from my own childhood. All the Torah scrolls will be removed from the Aron Hakodesh  and distributed to congregants. Then the singing and dancing commences, with the Torah scrolls being danced round the shul in 7 hakafot; between each hakafah the Torahs are handed to other members. During the dancing sweets are handed out to the children who dance with their fathers holding flags (and bags to hold the sweets!). 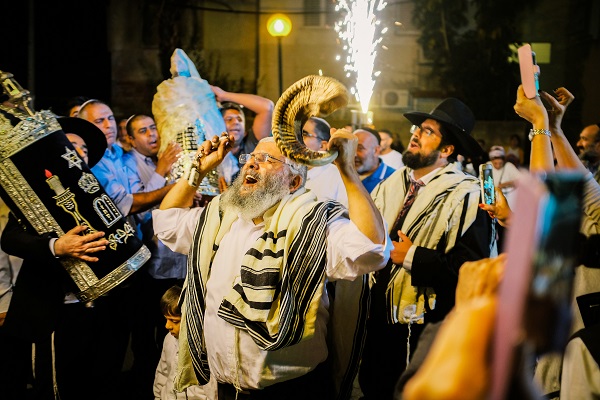 Tomorrow morning, after morning services, the dancing with the Torah scrolls will be repeated, followed by the reading of the last chapters of the Torah: Zot Habracha (“This is the Blessing”), the blessing given by Moshe to the Children of Israel just before his death. The portion is read over and over (and over!) until every single member of the shul has been given an aliya. At that stage all the children are called up under a Chuppah, and they recite the Hamalach Hagoel prayer together with Shema Yisrael. It is an extremely exciting yet moving experience and I wouldn’t miss it for the world.

There are several other customs on Simchat Torah: one person is nominated to be Chatan Torah, another to be Chatan Bereishit.

Once all these festivities are over, the atmosphere takes a sudden turn to the serious, and we say Yizkor, followed by Tefilat Geshem.  This year the first rains began slightly early and several sukkot were washed out or the lights fused by the sudden rain. However you will never hear anyone complaining about the rain in Israel. At the first droplets you hear children shouting in joy “Geshem!” (Rain!). It’s such an exciting experience after 6 or more dry months.  In the Torah, the rainfall in Israel is so closely connected to our behaviour and keeping the mitzvot that it is a positive relief, even to the secular amongst us, to see the rain arrive in the right time. 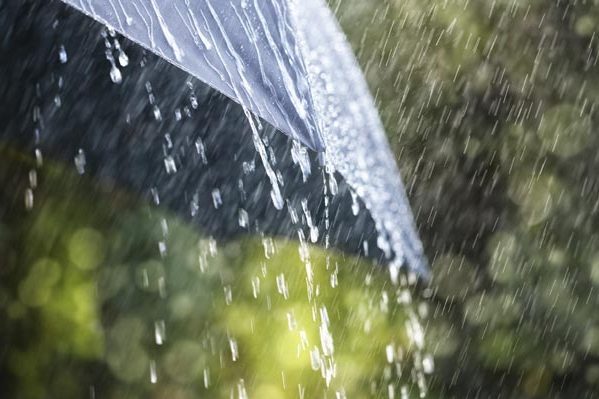 Tefillat Geshem, the prayer for rain

When Simchat Torah finishes tomorrow night, it has become an Israeli tradition to launch into second Hakafot, a second round of dancing with the Torah, but since it is no longer chag, we can use loudspeakers and have live music. It is a wonderful, uniting experience and it started as a sign of solidarity with our Diaspora brothers who celebrate Simchat Torah on the second day.

I wish you all a pitka taba, or a guten kvittel (a good note) for Hoshana Raba, and wish you all a wonderful chag same’ach for this last day of yomtov.