Ceasefire?! The people are furious (plus Liberman resigns)

Yesterday I thought the nation was going to have a fit of apoplexy as we raged against the government’s shocking capitulation to Hamas and agreed to a ceasefire (we cease, they fire) within 24 hours of the massive rocket barrage against southern Israel.

The rumours and theories are that Hamas implicitly threatened to bomb the center, when they said that Ashdod and Beer Sheva are not safe. The Sderotians are furious that Tel Avivians blood is redder than theirs and they are 100% right. 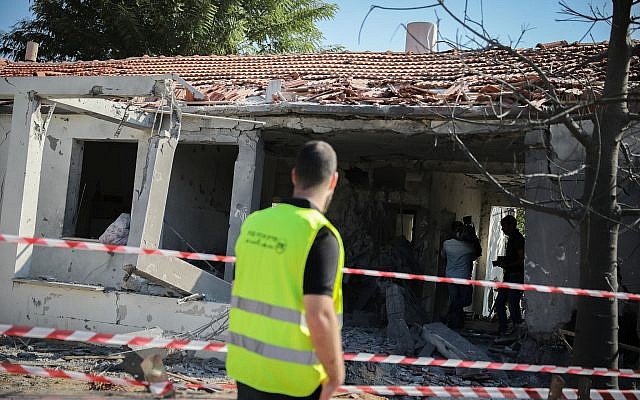 A destroyed house in Ashkelon from a Hamas missile 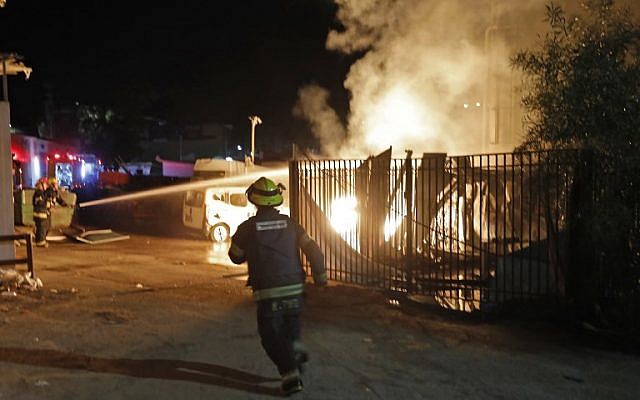 A fire breaks out in Sderot after Hamas rocket attack

I am ashamed of our government. I don’t care what their excuses are, how scared they are of a two-front war, or who they worry will come after Hamas.

We live in the Middle East where world opinion counts for nothing and where Israel gets blamed for everything anyway because “Jews”. Even our friends like Jordan and Egypt do this when it is convenient for them because of their domestic political problems, despite being our ostensible best friends when it comes to confronting Iran.

Most importantly we are broadcasting weakness to the Palestinians and by extension to Iran. Weakness to the Arabs is like the smell of blood to a shark. We are just asking for the next attack and with our present un-leadership I can guarantee it will be more of the same.

Why don’t we kill Hamas leaders? We did so back in 2004 when we killed Sheikh Ahmed Yassin and Abdel Aziz al- Rantisi, one after another. We at least tried to kill Khaled Mashaal. Why can’t we force Hamas’s leaders to the situation of Hezbollah’s Hassan Nasrallah who hasn’t dared leave his bunker for 12 years?

In fact the “ceasefire” was not actually agreed upon in the security cabinet. There were too many opposing it so Bibi simply imposed his will on everyone. Who would have thought that Netanyahu would turn out to be a cowardly dictator?!

Channel 10 news reported that at least four senior ministers who attended the cabinet meeting opposed the decision, which was reportedly taken by Prime Minister Benjamin Netanyahu without a vote.

Defense Minister Avigdor Liberman, Justice Minister Ayelet Shaked, Environmental Protection Minister Ze’ev Elkin, and Education Minister Naftali Bennett proposed an alternative response, but it was rejected by the other ministers, according to the Channel 10 report.

An unnamed minister who attended the seven-hour meeting Tuesday told Channel 10 that no vote was held to determine the next steps. A source with direct knowledge of the discussions confirmed to the Times of Israel that no vote took place.

At the very least he owes the citizens of the south an explanation. They are the ones left living in fear and coping with severe emotional and mental trauma. Yes, buildings will be rebuilt. But who will cure a child of his nightmares? Who will help a teen who still wets his bed? THAT is on the head of this government led by Bibi.

It seems that Bibi is too busy looking after his “legacy”. He’s also too scared of his own shadow. Or he’s being blackmailed.

It’s not as if Israel was being pressured into a ceasefire at that stage. The UN hadn’t even begun to get its act together to condemn us or even call for restraint. The Europeans are too busy with their own Muslim problem. And Trump is totally with us.

So again, what was the ceasefire all about?

Following this fiasco Defence Minister Avigdor Liberman resigned from the government, bringing us to the verge of elections:

Defense Minister Avigdor Liberman officially tendered his resignation on Thursday, a day after announcing he would step down to protest a ceasefire agreement with Hamas that brought an end to a major flareup in violence in the Gaza Strip. 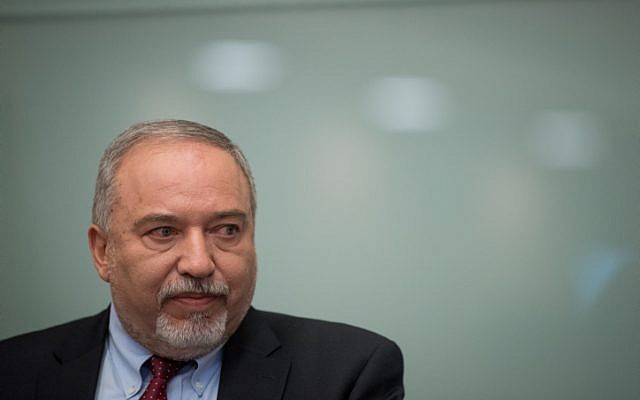 Liberman will hold a final meeting with top defense officials later on Thursday, the Kan news broadcaster reported. His resignation will go into effect 48 hours after he submitted the letter to Prime Minister Benjamin Netanyahu.

Liberman’s Yisrael Beytenu party is also quitting Netanyahu’s coalition, leaving the premier with only a one-seat advantage over the opposition in parliament and throwing his government into turmoil.

Netanyahu has not yet named Liberman’s replacement, and has not indicated if he will comply with the ultimatum by the Jewish Home party, which is demanding the defense portfolio in the wake of Liberman’s departure.

“What happened yesterday, the ceasefire, together with the deal with Hamas, is a capitulation to terror. There is no other way of explaining it,” Liberman told reporters.

“What we’re doing now as a state is buying short-term quiet, with the price being severe long-term damage to national security,” he said, adding that early elections should be held “as soon as possible.”

Other defense officials also leveled harsh criticism of the government’s handling of the Gaza flareup, telling Kan on Thursday morning that security considerations in Israel were becoming increasingly politicized.

As I said earlier the people of the south – in fact all the citizens of the country – are furious at the government for this show of weakness to the enemy. All we see on the news are destroyed Israeli houses, traumatized residents of the south, dozens of injuries, one dead, enormous damage to property and massive disruption to normal life. The southerners are not able to go to work, to send their children to school, even to go to sleep without worrying if there is going to be a rocket attack at any moment with only 15 seconds to rush to shelter – assuming they have such, which many residents of Ashkelon do not have. At the same time we see the Gazans wildly celebrating their victory – and for a change they are right. They chose the place, the time and the level of violence and they chose when to stop.

And all the while Israel, the good, stupid, weak fools that we are, continued to supply fuel and other goods to Gaza! Are we mad? Yes, I definitely think that we are. Southern residents tried to block the cargo crossing but of course eventually all the trucks got through.

Read this very moving blog by Adele Raemer who lives in a kibbutz on the Gaza border, and who runs the “Life on the Border” facebook group. She explains why the south is livid at the government:

It may be difficult for those who do not live here to understand why residents here, on different parts of the political rainbow, object to this cease fire. I’ll try to explain.

When you are threatened, you go into “fight or flight mode”. Your senses are sharpened, the adrenaline rushes through your body, and you try to prepare yourself – and your family, to make the “right” decisions for what will keep you all safe. You pack bags and are ready to move.

When the rockets are exploding around me, I can’t concentrate on anything but “survival”. For me, for my family. Concern for my community — and yes – concern for my friends on the other side of the border, as well. The only thing that I can really concentrate on is bearing witness to what is happening, and trying to pass that on to the world outside of this region (including by writing or vlogging on Facebook, granting interviews…. whatever I can do to try to make others understand what is really going on here.) Your life is in a turmoil, despite the fascade of calm that we try to put on our faces, to keep our kids calm, to keep each other calm. Fear is catching. So is calm.

Going to sleep in the saferoom, instead of your bedroom sounds like a trivial thing, but for me, it is a confession, a recognition that my home – the place that is supposed to be my “safe and happy place”, is not safe.

I am only responsible for myself. I have no young children to worry about. I have no elderly or infirm parents for whose safety I am responsible. Take my concerns and multiply them by 100 when you are responsible for the lives of your loved ones. When you have to decide whether to gather up your brood and flee to someplace where they are not confined to 3 * 3 meters in order to be safe, the stress is even more acute. When you know that it is not safe right now to let your 3 year old go to the bathroom, your heart gets crushed with the pressure for the safety of your precious ones.

We live in an area that is uncontested Israel. We have the same right to safety and security as anyone who lives anyplace else in this country. And yet, our lives are periodically disrupted by violence that is led by a relatively small gang of criminals, terrorists, who hold us as well as the citizens of Gaza, hostage. Hamas decide when we are going to have a cease fire, Hamas are the ones who decide when we can walk around safely outside. Hamas are the ones who make decisions for us here, not our government. I want my government to take the reins. So do others who live here. This is the reason why people are hitting the streets. This is why there is such dissatisfaction with this sudden ceasefire. How many times can you turn your life and the lives of your family, upside down, and then go back to “business as usual” as if nothing had happened? I don’t want a war, but I want my government to lead me, not Hamas. I want my government to be pro-active in reaching a long term solution, whatever it takes.

We have been living on an out-of-control roller coaster ride for the past 18 years. We never know when we will be thrown on it, nor do we know when it will suddenly stop, what damage will have been done by the time it’s over, and when the next ride is about to begin. All we want is for this violent roller coaster ride to be put out of commission. For good.

The citizens of the south are organizing a protest in Tel Aviv this evening and for a change I agree with the disruption that they are planning to cause:

Residents of the Gaza envelope and other communities in southern Israel will block the Azrieli junction in Tel Aviv on Thursday evening in protest against the ongoing rocket attacks against the region.

Meirav Cohen, a resident of Kibbutz Ein Hashlosha which is located in the Eshkol Regional Council in the western Negev, called on every citizen who cares about the residents of the south to join the demonstration.

Residents of the south have in recent days have held several demonstrations against the security situation in the region.

On Wednesday, dozens of residents of the Gaza envelope protested at the entrance to the city of Sderot against the government’s ceasefire agreement with the Hamas terrorist organization.

Earlier in the day, dozens of Gaza envelope residents demonstrated at the Kerem Shalom Crossing, the primary entry point for goods and humanitarian aid into Gaza.

About 1,000 residents also protested in Sderot on Tuesday evening. The residents waved signs with slogans such as: “We are not second-class citizens.”

Unfortunately I think that in the eyes of our Prime Minister and his supporters, the residents of the south are indeed second class citizens. I am sure that if Hamas had targeted Tel Aviv or any other central area a full war would have broken out.

Sad to say it seems as if the government thinks our southern brothers are dispensable.

10 Responses to Ceasefire?! The people are furious (plus Liberman resigns)