The weeks rush by, and seem to be nearly always filled with bad news, but then Friday rolls around and we find that there’s always some good news to accompany us into Shabbat. So here is this week’s Good News Friday installment.

A new treatment for aggressive brain tumors (glioblastoma) shows great promise, according to a report by Israeli scientists that was published  recently in the journal Nucleic Acids Research. 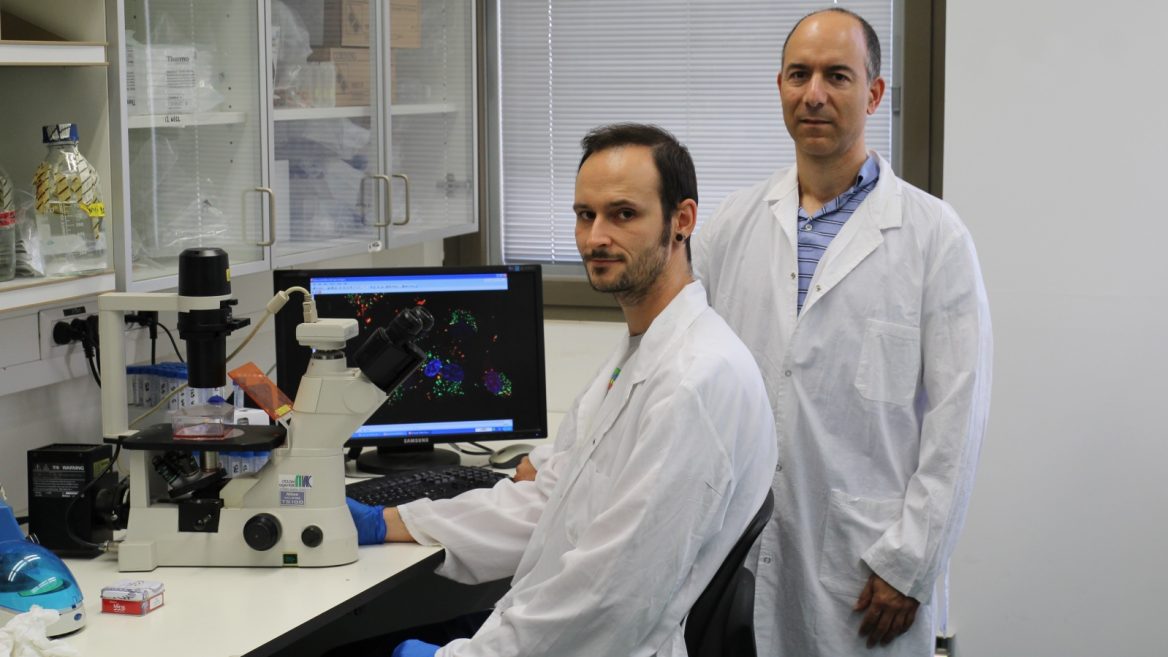 Glioblastoma is a serious and incurable brain cancer. Patients receiving this diagnosis typically have 11 to 20 months to live. One of the main difficulties in treating this cancer is that its cells quickly build up a resistance to chemotherapy.

“Not only can this breakthrough molecule kill tumor cells on its own, it has the power to help former chemotherapy-resistant cells become chemotherapy-sensitive once again,” said Karni.

What a fantastic discovery! This has enormous potential to save thousands of lives and ease the suffering of so many patients. Kol hakavod to Prof. Rotem Karni and Maxim Mogilevsky as well as the rest of the research team at Hebrew University. May they go from strength to strength in their outstanding work to defeat cancer.

Moving from the bright future to our glorious past, yet another fantastic archeological discovery was revealed recently (via Reality). In a dig near the Kotel, a “beka” weighing stone from the the First Temple period was uncovered by a volunteer:

An extremely rare, minuscule biblical stone weight inscribed in ancient Hebrew script with the word “beka” was discovered in rubble taken from excavations at the foundations of the Western Wall. 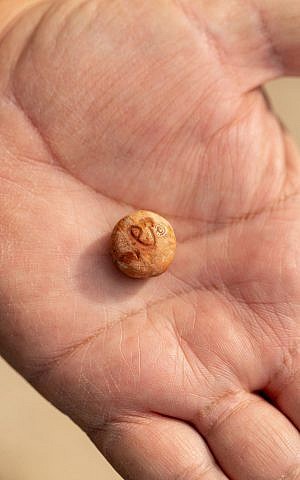 Only a handful of similar stone beka weights have been unearthed in Jerusalem, said archaeologist Eli Shukron, who directed the excavations on behalf of the Israel Antiquities Authority. He told The Times of Israel that none had previously been found with this exact inscription.

The “beka,” a First Temple-period weight measure used by pilgrims paying their half-shekel tax before ascending to the Temple Mount, was recently discovered by a volunteer in the City of David’s wet sifting project in Jerusalem’s Emek Tzurim National Park.

The word “beka” appears twice in the Torah: first as the weight of gold in a nose ring given to matriarch Rebecca in the Book of Genesis, and later in the Book of Exodus as a weight for the donation brought by the Jewish people for the maintenance of the Temple and the census, as recorded in Exodus 38, Verse 26: “One beka per head; [that is,] half a shekel, according to the holy shekel, for each one who goes through the counting, from 20 years old and upward, for 603,550 [people].”

The beka stone was discovered in dirt taken from 2013 excavations under Robinson’s Arch. According to Shukron, the earth came from a drainage canal under the foundation of the Western Wall. 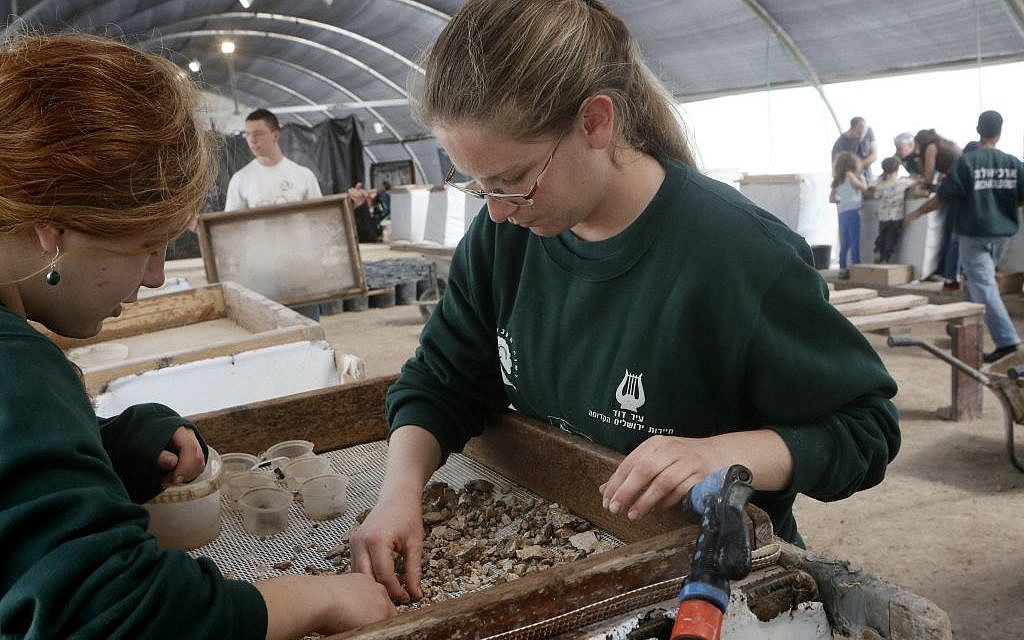 Volunteers at the Temple Mount Sifting Project sort through the rubble in Emek Tzurim on the Mt. of Olives (Har Hazeitim) in Jerusalem

This beka is the only example to date of the inscription being written in “mirror writing,” said Shukron, and the letters are engraved from left to right instead of right to left. For example, the letter “bet” incised into the small stone is facing the opposite direction.

“This is the only one not written ‘properly,’” Shukron said, which leads him to conclude that the artisan who formed the weight also created seals, which are written in mirror script.

“Apparently, the seal craftsman got confused when he engraved the inscription on the weight and mistakenly used mirror script as he was used to doing. From this mistake we can learn about the general rule: the artists who engraved weights during the First Temple period were the same artists who specialized in creating seals,” said Shukron in a press release.

Unlike several hundred years later, during this era, there was no half-shekel coin. Pilgrims brought the equivalent weight, a beka, in silver to pay their tax, which would have been measured out on scales in the very spot under the Temple Mount where the tiny stone weight was unearthed.

What is key to Shukron is the location of the find: right next to King Solomon’s Temple.

“This is a word that is used both inside and outside of the Bible. You don’t need to ask too many questions, just open the Bible and see it. It’s very simple. You can see beka written in the Bible and what it was used for, and there you have it,” he said.

“The Bible, the artifact found close to Solomon’s Temple, north of the City of David, the Temple foundations – everything is connected,” said Shukron.

During the Hanukkah festival early next month, the beka stone weight will be on display to the general public at the IAA’s sifting facility at the Emek Tzurim National Park. “This three thousand-year-old Beka weight, inscribed with ancient Hebrew was likely used in the First Temple, anchoring once again, the deep historical connection of the Jewish People to Jerusalem,” said Doron Spielman, Vice President of the City of David Foundation which funded the excavation.

This find is incredibly exciting, but more than that, it is extremely important in anchoring the Jewish presence in Jerusalem to our millenia-long history in this land. In a time when the international community is working so hard to rewrite history and deny the Jewish People their history and their rights to the Land of Israel, along comes a tiny archeological find which disproves all their lies.

What is not made clear in the article is that the rubble in which the stone was found was thrown out by the Waqf in their illegal vandalism of the Temple Mount as they try to deny any Jewish presence there in the past (see my post on Temple Denial).  The Temple Mount Sifting Project have been working hard for years to sift through this discarded evidence, and their efforts have paid off. But it should never have come to this in the first place if the Waqf had been prevented from their criminal activity.

Kol hakavod to archeologist Eli Shukron and the City of David Foundation which is directing this dig. I’m looking forward to more exciting discoveries!

On a totally different subject, watch this short very heart-warming video about a young man with Down’s Syndrome who is making a huge success in his service in the IDF (yes, you read that right!). The IDF likes to accept anyone who wants to and is able to serve, even the disabled and challenged, through its Equal in Uniform program.

Kol hakavod to the IDF which counts amongst its values the inclusion of everyone who is able. And a huge kol hakavod to Pvt. Shahaf for his valuable service and stepping up to the great challenges facing him. Shahaf gives us hope for a much brighter future.

And a final item for this week, linking back to last week’s “mini-war” in the south, a wonderful post on the heart-warming way in which Israelis treat each other in times of trouble, in a fantastic post by Lisa Shalom in the “Only in Israel” Facebook group:

Randomly ended up at this guy’s restaurant in Netanya yesterday. He told us that he’d invited anyone with an ID from the south to come and eat a meal at his restaurant for free during the rocket fire last week. He apparently ended up feeding hundreds of people.

I swear there was love in that food.
He kept bringing us little extras and he put a portion of our payment straight into his charity/tzedakah box.

In a world where many are asking, “how can I get?” those who ask, “what can I offer?” inspire me.
Those who feed people with love and who don’t require you to think as they do or act as they do or for conditions to be perfect before they simply show more love NOW with concrete word and deed INSPIRE me.

What a beautiful story of solidarity and generosity! Kol hakavod to Misedet Viki in Netanya for their warm-hearted generosity and solidarity with the south.

May we always treat each other with such sympathy and open hearts, not only in times of trouble, but at all times.