It’s time to forget all the bad stuff and get ready for Shabbat with a Good News Friday post.

Back in March of last year I wrote about a team of researchers in Shaare Zedek Hospital who had developed eye drops to replace glasses. The even better news today (via Suzanne) is that the researchers have raised $1 million so that they can produce the drops and have it on the shelves by 2020:

The development of the eye drops, dubbed “nanodrops,” was first announced in March 2018 by Dr. David Smadja, a research associate at Bar-Ilan University’s Institute of Nanotechnology and Advanced Materials (BINA) and the Head of the Ophthalmology Research Unit at Shaare Zedek. Smajda led a team of ophthalmologists working on the solution, including Professor Zeev Zalevsky of Bar Ilan’s Kofkin Faculty of Engineering and Professor Jean-Paul Moshe Lellouche of the Department of Chemistry at BINA.

Made up of a synthetic nanoparticle solution, the eye drops have shown great potential to solve cornea-related vision issues. In the team’s first round of animal trials in March, the nanodrops were applied to pigs’ corneas and successfully corrected two kinds of refractive errors: myopia (near-sightedness) and presbyopia (far-sightedness typically caused by aging).

“In these first bio-activity tests, we demonstrated that these drops are incredibly effective,” Lellouche tells NoCamels.

The inspiration for the eye drops came from Dr. Smadja who suffered from headaches for years from working at his computer for long periods of time. He knew he needed a small visual correction, but his choices were limited.

“My correction was so small that I was not eligible for any laser operation,” said Smadja tells NoCamels. “My options at the time were [either] wearing glasses or wearing contact lenses.” 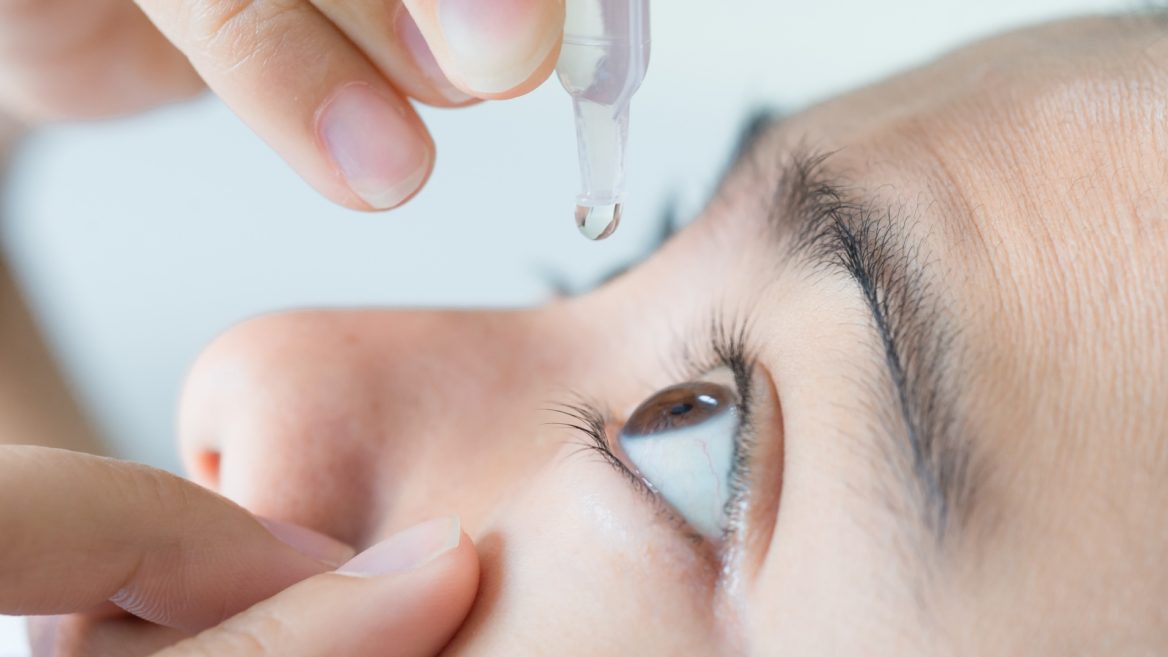 Dr. Smadja recognized that the standard solutions for visual correction failed to cure dry eyes, a symptom common among screen users, and decided to create a better alternative: “I thought, why not make eye drops that could correct my vision with a refractive index?”

During these trials, the researchers will test the drops on subjects with “any type of refractive error that enter into the scope of the nanodrops,” Dr. Smadja describes, for the aim is to correct different kinds of refractive errors. “In the end, we plan to have eye drops for myopia (nearsightedness) and for hyperopia (farsightedness),” he adds.

They will also address remaining issues regarding the functionality of the drops.

The researchers are currently working with their team of investors to build a biotech startup around the nanodrops. They plan to promote their invention through this company with the expectation of placing the product on the market by the summer of 2020.

Smadja says the team intends to sell the drops at a competitive price – somewhere between the price of eyeglasses and the price of contacts.

“The idea is not to create a product that will be much more expensive than its alternatives,” he explains.

Moving even further into the realms of science fiction Smadja continues:

In addition to the nanodrops themselves, the researchers are developing a small, smartphone-compatible laser device that will allow patients to easily apply the drops at home using a mobile application.

“Once you have your prescription, you enter this number into a computation software that we developed, and we match specific patterns to your number. The laser painlessly marks a tiny spot and etches a pattern on the corner of the cornea,” Smadja explains. After a pattern has been etched, the patient applies the drops to the eye, and the nanoparticles inside the drops activate the pattern.

Dr. Smadja stresses that “the laser we are talking about is not like the laser used for complicated optical procedures,” and that the application process, while seemingly complicated, is simple and non-invasive.

This is brilliant! As a “four-eyes” myself, I would love to be able to get rid of my glasses without any surgery. Kol hakavod to Dr. Smadja and the teams of researchers at Shaare Zedek and Bar Ilan on their impressive development. I wish them every success.

Israeli researchers have developed another dramatic, life-saving technology, one which enables the early detection of blood cancer cells:

Israeli researchers have developed a new technology that profiles the genetic makeup of cancerous cells, allowing for better diagnosis and treatment.

Multiple myeloma is the second most-common type of blood cancer. Multiple myeloma occurs when plasma cells in the bone marrow – the cells that produce antibodies – proliferate out of control and lead to organ failure and death.

A major stumbling block in diagnosing myeloma is that each patient is unique and current blood tests are incapable of identifying early disease onset and classifying which patient should receive which treatment.

This is the problem researchers from the Weizmann Institute of Science and clinicians from Israeli hospitals wished to solve.

Using machine-learning approaches to automatically identify malignant cells out of tens of thousands of cells, their method sequences the RNA in thousands of individual cells from patients’ blood or bone marrow, capturing the specific gene program that is active in each individual cell.

Their research, recently published in Nature Medicine, found that while the plasma cells of healthy individuals are similar to each other, myeloma cancer cells are extremely heterogeneous.

This makes it possible to identify even a small number of malignant cells in the blood at an early, pre-cancer stage, allowing for more precise diagnosis and the ability to make better-informed choices about treatment.

…“We are entering an era in which measuring big data and using machine learning will provide clinicians new insights and understanding into devastating diseases like multiple myeloma,” says Dr. Assaf Weiner of the Weizmann Institute of Science’s Immunology Department.

Weiner was the lead author of the paper along with Guy Ledergor. The paper’s 33 authors are mostly Israeli, along with several scientists from New York, Arizona and Spain.

A huge kol hakavod to Dr. Assaf Weiner and his many colleagues on this excellent new development which can potentially save thousands of lives. May they go on to great success for the benefit of all mankind.

And now one more item before I close for Shabbat, and in what better way than to post a video from my favourite singing group Koolulam? In late December Koolulam decided to go down south to the war-battered residents of the south and bring them some joy through song. Here is the result:

On December 11th, 2018, קולולם – Koolulam gathered 3,500 men and women at Eshkol Regional Council, the communities routinely under Hamas rocket fire, to support the citizens of the south, and together, to play the tune of love with Koolulam.

Every time I watch this video I have tears in my eyes. I love seeing the way Israelis of all backgrounds and beliefs join in as one to sing their hearts out. This is the secret of Israel’s strength and resilience: no matter how diverse we are, no matter our background or level of religious observance, we are all there for one another when it really counts.

This Shabbat we say the blessing for the new month which starts on Monday, the month of Shvat. This is the month when “the birthday of the trees” falls, when the beginning of the earth’s renewal after the winter begins.

May we all be renewed and have a quiet weekend and a month of peace, happiness and tranquility.

Shabbat Shalom and Chodesh tov everyone!