It is almost the eve of the Passover festival, for which I have a different post prepared, so in order not to miss out on the latest good news I thought I would get you all into festive mood with a Good News Wednesday post instead!

Let’s start with the big stuff.A couple of weeks ago President Donald Trump recognized Israeli sovereignty on the Golan Heights. This week he went one step further and protected Israel from prosecution at the International Criminal Court (ICC):

In what can be seen as an incredible show of support for Israel, the U.S. administration has included the Jewish state in its efforts to block the International Criminal Court at The Hague from investigating war-crimes allegations. 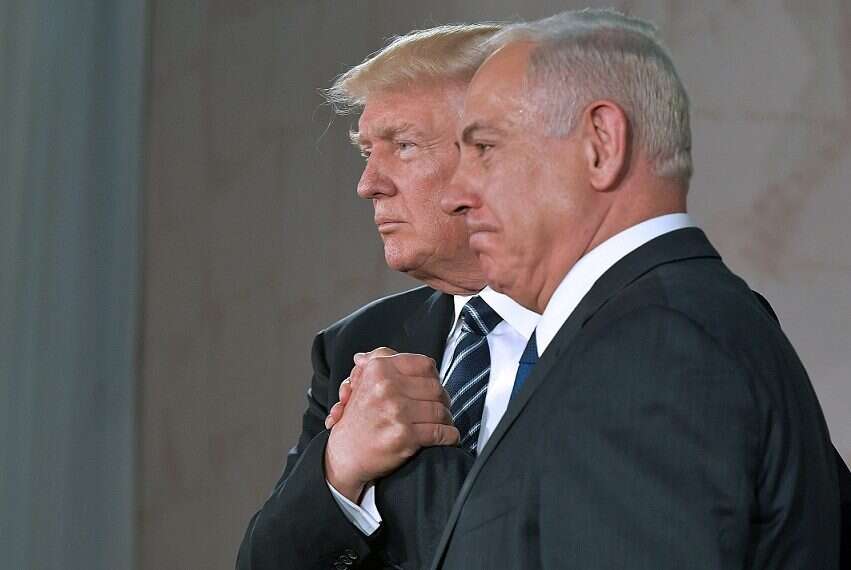 In a statement attributed to Trump, the White House said: “Since the creation of the ICC, the United States has consistently declined to join the court because of its broad, unaccountable prosecutorial powers; the threat it poses to American national sovereignty; and other deficiencies that render it illegitimate. Any attempt to target American, Israeli or allied personnel for prosecution will be met with a swift and vigorous response.”

While some have decried the administration’s response to be an expression of what they perceive as American exceptionalism, U.S. President Donald Trump views it as the opposite – unfair, exceptional focus on democracies. And so does Israel, which is consistently singled out and unfairly held to a higher standard in the international arena.

In response to the ICC investigation into alleged war crimes by U.S. forces and allies in Afghanistan, last week the United States revoked ICC Prosecutor Fatou Bensouda’s entry visa. National Security Advisor John Bolton has now threatened ICC judges with sanctions if they charge any American who served in Afghanistan with war crimes. The United States under Trump has made it clear that no international court, especially those led by human-rights violators, would threaten it or its military personnel. And, thanks to Trump, the United States has also made clear that Israel sits safely under American protection.

Professor Eugene Kontorovich, director of international law at the Jerusalem-based Kohelet Policy Forum, testified on the ICC in Congress and advised senior American and Israeli officials on the court and its jurisdiction.

“President Trump has taken an extraordinary step in defense of Israel, promising to impose sanctions such as travel bans on ICC officials if they pursue their biased investigation of Israel,” Kontorovich said.

He added that when the ICC “threw out its long-pending investigation into crimes committed by U.S. and other forces in Afghanistan, the Trump administration’s hardball approach to fighting prosecutions of U.S. soldiers by the Hague-based ICC was totally vindicated.”

“Now,” Kontorovich said, “the U.S. is promising to also impose sanctions on the court if it proceeds with an investigation into Israel about settlements in the West Bank. Israel, like the U.S., did not join the court’s treaty. This is an extraordinary show of support from America and may help deter a biased and unjust investigation.”

When I think how everyone (including myself I am ashamed to say) mocked Donald Trump for his clumsy ways and unpolitically correct way of speaking and acting, it is almost miraculous how he has consistently done the right thing as far as Israel is concerned.

Once again, thank you Mr. President for standing with Israel and for withstanding and rejecting the nay-sayers.

On a similar theme, a massive BDS Fail took place last week as Airbnb decided to revoke the ban it had imposed on holiday home rentals in Judea and Samaria! The Israeli NGO Shurat HaDin, which uses lawfare to combat terrorism and boycotts, was at the forefront of the lawsuit against Airbnb:

The policy change came in a court settlement Monday between the vacation rental company and a dozen American Jewish plaintiffs who had sued the company, organized by Shurat Hadin-Israel Law Center, a pro-Israel law organization. A copy of the settlement obtained by the Jewish Telegraphic Agency says that Airbnb will now allow rentals in both Palestinian Arab areas and Israeli towns in Judea and Samaria.

“Airbnb takes no position on the Host-Plaintiffs’ claims, or others’ claims, to legal title to the properties on which the accommodations are located,” the court settlement reads. “All listings for accommodations located in the Affected Region will at all times be permitted on its platform, subject to applicable laws, rules, and regulations.”

Airbnb announced in November that it would remove some 200 rental listings in Israeli settlements because it contended that the settlements “are at the core of the dispute between Israelis and Palestinians.” The movement to boycott Israel saw the decision as a victory.

But Airbnb never actually removed the listings. And about a week after the decision, Shurat Hadin organized the suit on behalf of a dozen American Jewish families, most of whom own properties in Israeli towns in Judea and Samaria. The suit was filed under the Fair Housing Act, which was meant to prevent discrimination against minorities in the United States. Because Airbnb is based in the United States, it must adhere to the act in all its listings worldwide.

The plaintiffs claimed that Airbnb was discriminating against them for being Jewish, given that it still allowed listings by Muslims and Christians in Judea and Samaria.

“The policy Airbnb announced last November was abject discrimination against Jewish users of the website,”Nitsana Darshan-Leitner, the president of Shurat Hadin, said in a statement. “Whatever one’s political view, discrimination based on religious affiliation should never be the solution.”

“Airbnb recognizes that its decision to apply its Policy to Subject Listings in the Affected Region has been met with strong objections by some members of the Airbnb community as well as other individuals and groups supportive of Israel,” the document reads. “Some have even sought to associate Airbnb with the Boycott, Divestment, Sanctions (“BDS”) movement. Airbnb is clear that it does not intend, and has never intended, to align itself with the BDS movement or to otherwise position the company as adverse to any segment of its community.”

Kol hakavod to Nitsana Darshan Leitner and Shurat Hadin for not letting this matter rest, and for their clever use of the law to ensure Jewish rights in Judea and Samaria, as well as the rest of Israel. Kol hakavod too to Airbnb for acceding to Israeli requests and for restoring the status quo ante. Now we can use Airbnb again for booking our holidays with a clear conscience.

More BDS Fails are on the way with the upcoming Eurovision Song Contest soon to take place in Tel Aviv. A great bonus to the show will be the appearance of Madonna as a guest star, despite the calls to her from BDS to cancel her appearance. The JPost reports:

Madonna will perform live at the Eurovision grand finale in Tel Aviv on May 18. 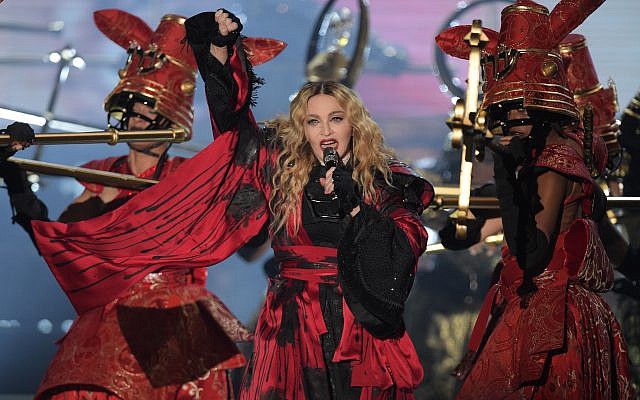 The cost of bringing the international superstar – which stands at $1.3 million – to Israel will be covered by Israeli-Canadian billionaire Sylvan Adams.

“I’m excited and proud to host Madonna in Israel and to bring her to the Eurovision which will be held in Tel Aviv,” Adams said in a statement Monday evening. “I believe that the performance of Madonna at the Eurovision – accompanied by dozens of professional backup dancers – will make a significant contribution to the success of the event and to the strengthening of Israel’s positive branding in the world.”

Live Nation said Monday that the singer will perform two songs at the Eurovision, including one from her upcoming album. The organizers said she will arrive in Tel Aviv with a 65-person staff, which includes dozens of backup dancers.

Kol Hakavod to Sylvan Adams for his generosity in financing the cost of bringing Madonna to perform. And kudos to Madonna too, not only for coming to perform but for rejecting the calls to boycott Israel. This Eurovision is going to be fantastic!

And from the ridiculous to the sublime, Israeli scientists have “printed” the world’s first 3D artificial heart from human tissue:

On Monday, a team of Tel Aviv University researchers revealed the heart, which was made using a patient’s own cells and biological material. Until now, scientists have successfully printed only simple tissues without blood vessels.

“This is the first time anyone anywhere has successfully engineered and printed an entire heart replete with cells, blood vessels, ventricles and chambers,” said Prof. Tal Dvir of TAU’s School of Molecular Cell Biology and Biotechnology, Department of Materials Science and Engineering in the Center for Nanoscience and Nanotechnology, and the Sagol Center for Regenerative Biotechnology, who was the lead researcher for the study.

He worked with Prof. Assaf Shapira of TAU’s Faculty of Life Sciences, and Nadav Moor, a doctoral student. Their research was published in Advanced Science.

Heart transplantation is often the only treatment available to patients with end-stage heart failure. The waiting list for patients in the US can be as much as six months or more. In Israel and the US, many patients die while on the waiting list, hoping for a chance at survival.

“This heart is made from human cells and patient-specific biological materials. In our process, these materials serve as the bio-inks, substances made of sugars and proteins that can be used for 3-D printing of complex tissue models,” Dvir explained.

“People have managed to 3D-print the structure of a heart in the past, but not with cells or with blood vessels. Our results demonstrate the potential of our approach for engineering personalized tissue and organ replacement in the future,” he said.

At this stage, the 3-D heart produced at TAU is sized for a rabbit, but the professors said that larger human hearts could be produced using the same technology.

Israeli scientists revealed the world's first 3D-printed heart, which was created using a patient’s own cells!

This medical breakthrough provides great hope and opens future possibilities for patients around the world who suffer from heart-disease ❤🇮🇱 pic.twitter.com/NTERs82yUy

A huge kol hakavod to the scientists at Tel Aviv university for this fantastic development, which has the potential to save countless lives. May their research lead to great success for the sake of all of us.

I hope all this good news will put you in a good mood to finish all your Pesach preparations!