From rockets to Eurovision to arson

Last week we had another of those mini-wars with Hamas which are becoming a habit and will no doubt continue to do so until Hamas is neutralised one way or another.  Despite the IDF having the capability of fully dealing with Hamas, the government restrained them and itself because of the concern that a full-blown war with Hamas and its jihadist comrades would frighten away the participants and fans of the Eurovision Song Contest who had begun to arrive in Israel that same weekend.

The government’s concern was legitimate – can you imagine the headlines if war broke out during Eurovision? Israel would have a very hard time attracting tourists back to visit in such a case.

However, realpolitik aside, the average Israeli was furious, once again, at the government for giving in to Hamas and ruining Israel’s deterrence in a region that values honour and “face” above all.

And yet, what thanks did Israel get from Gaza for its generosity (some would call it stupidity) in not only not targeting more of Hamas’ leadership but allowing Qatari protection money to enter the Strip?  Why, we got more riots and incendiary devices of course! And Eurovision be damned!

The ostensible reason was the date: 15th May, which is “Nakba Day”  – “Catastrophe Day” for the Palestinians – the reverse image of Israel’s Independence Day whose civil calendar date was 15th May 1948. In truth the jihadi Palestinians don’t need an excuse, ostensible or otherwise, to riot and commit mayhem against Israel, but it makes for good PR for the gullible foreign media.

So yesterday afternoon, while Israel was recovering from the semi-finals of the Eurovision song contest the night before (which were a huge success by the way), the Hamas-led Gazans were rioting in their tens of thousands, trying to break through the border fence once again, and sending their incendiary devices over the border to burn Israeli agricultural fields.

Palestinians in the Gaza Strip and West Bank participated in mass rallies on Wednesday marking the 71st anniversary of what they call the “Nakba” or “catastrophe” surrounding the establishment of Israel.

In Gaza, the IDF said at least 10,000 people flocked to the border between Israel and the coastal enclave at several locations. It said protests included rioting.

“The rioters are setting tires on fire and hurling rocks,” the army said. “A number of explosive devices have been hurled within the Gaza Strip, as well, and a number of attempts have been made to damage the security fence. IDF troops are responding with riot dispersal means.”

The view of the riots from inside Gaza

Hamas officers with batons patrolled the border, preventing some Palestinians from reaching the security fence.

Around 60 Palestinians in Gaza were wounded to varying degrees throughout the day, the Hamas-run health ministry said in a message to reporters. Most of these injuries were due to Israeli tear gas, rubber bullets and live fire, but some were reportedly caused by Hamas security officers.

See how those “brave” Palestinians abuse their children:

So, #Hamas terror org cancels classes in #Gaza to send children to ‘riot’ against #Israel on ‘Nakba Day.’

This reminds me a quote by the great Golda Meir: "Peace will come when the Arabs love their children more than they hate us.”

Several balloon-borne incendiary devices landed in southern Israel, where they sparked at least nine blazes, according to area firefighters. 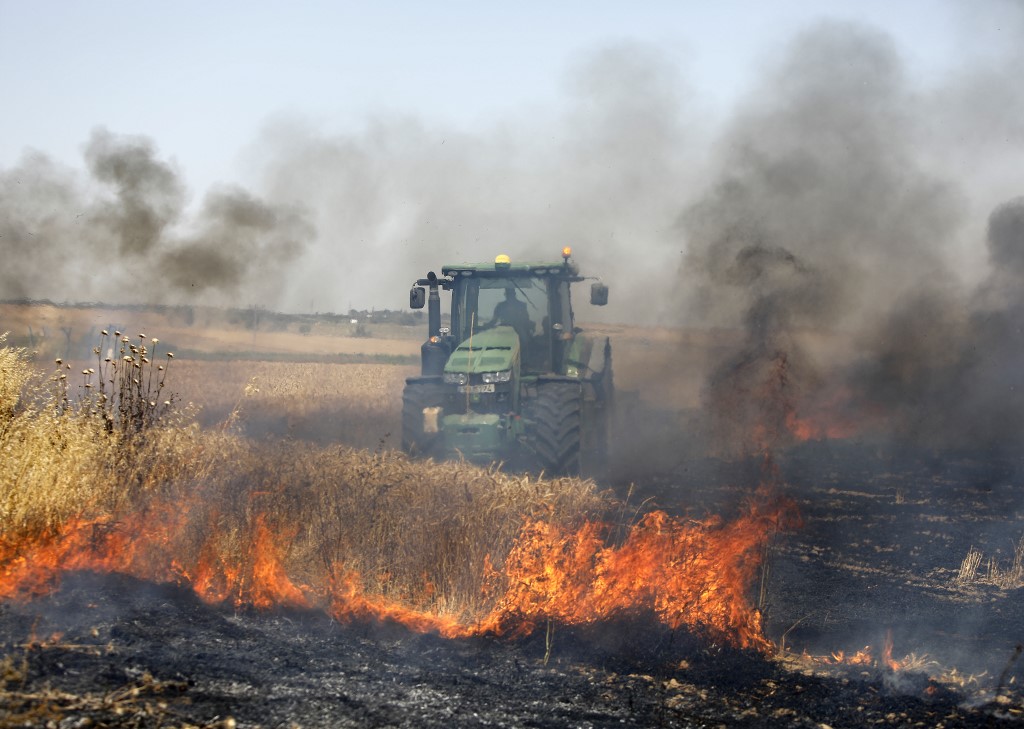 And just to remind us of the “peaceful” rhetoric emanating from our “peace-loving” neighbours – these people do NOT want to enter Israel just to drink tea with our kibbutzniks. Read this blood chilling screed:

In a speech at the border area, senior Hamas official Fathi Hamad, known for his fiery rhetoric, warned Israel that “The day of your slaughter, extermination and demise is approaching.

“We came to tell the Zionist enemy, its men, army, government and Knesset: ‘Go away from us,’” he said.

People such as him, and his followers, should be removed and neutralised as quickly and as thoroughly as possible, for the safety of everyone in the area.

This afternoon, the rioters launched incendiary devices which caused a massive fire in a wheat field near Israeli villages & communities.pic.twitter.com/3yH5B9xAy5

Emphasising the sorrow and loss experienced by Israeli civilians who suffer directly from this Palestinian arson and violence, here is  a post from a local resident of Kibbutz Alumim in the south:

My heart breaks for these wonderful people who struggle to grow their crops and provide food and jobs for their community, and who can only stand and watch as their life’s work goes up in flames over and over again.

And then, as if missiles and rockets and riots and arson were not enough, and as if G-d Himself was laughing at our attempts to keep the peace during the Eurovision – we had an earthquake last night! It was felt throughout most of Israel, including by my family and friends in Petach Tikva though I myself did not feel it since I was travelling in the car at the time.

An earthquake measuring 4.5 on the Richter scale was felt throughout Israel Wednesday evening. 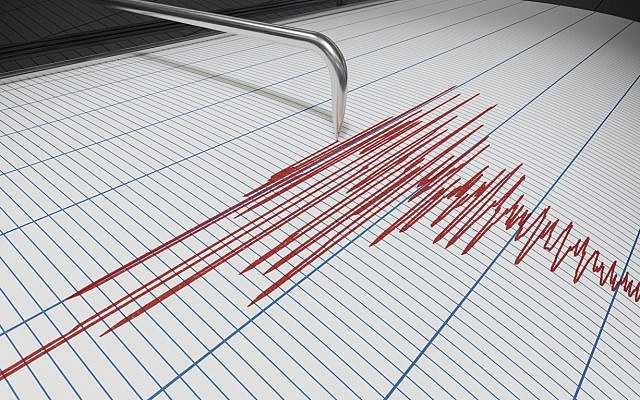 The temblor at around 8 p.m. was centered about 200 kilometers (125 miles) off the coast of the Mediterranean Sea between the northern cities of Haifa and Hadera, according to the Geophysical Institute.

Last July, more than a dozen small but noticeable earthquakes shook northern Israel near the Sea of Galilee. At least four measured higher than 4 on the Richter scale, with some felt as far away as Jerusalem. A similar swarm occurred in 2013.

The Sea of Galilee is located on top of the Dead Sea Fault, also known as the Great Rift Valley, which runs from Africa to Turkey.

2 Responses to From rockets to Eurovision to arson