Israel turns into Italy – Knesset dissolves 7 weeks after the elections

Israel turned into the Middle Eastern version of Italy tonight as Binyamin Netanyahu failed to form a coalition, and the Knesset voted to dissolve itself – a mere 7 weeks or so after the last elections. 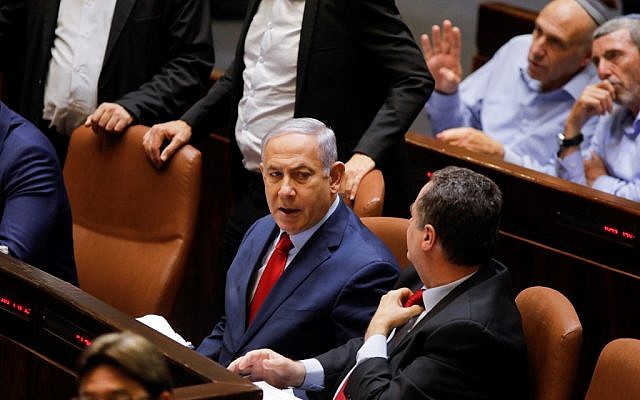 Prime Minister Benjamin Netanyahu sits before a vote on a bill to dissolve the Knesset on May 29, 2019, at the Knesset in Jerusalem. (Menahem Kahana/AFP)

As far as I understand (and I may be wrong in which case please correct me in the comments) the coalition crisis centered around the clash between coalition wannabe Avigdor Liberman and his Yisrael Beytenu party who made the center of their platform the demand for full conscription for the haredim (the Ultra Orthodox). The haredi parties in turn flatly refused to compromise. This resulted in both parties digging in their heels, thereby hobbling Netanyahu’s attempts to form a workable coalition. 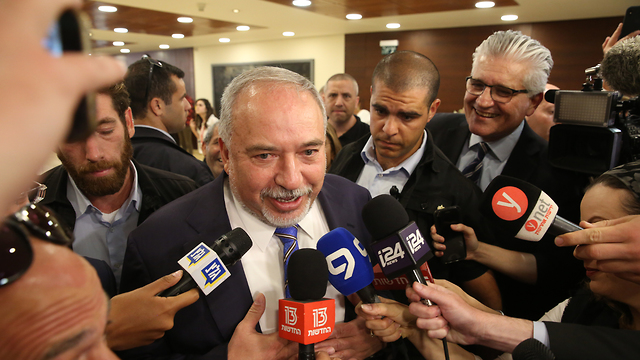 Avigdor Liberman, leader of Yisrael Beytenu, at the Knesset session to dissolve itself

Having been given a 14 day extension by President Reuven Rivlin, both because of the coalition crisis and because of the mini-war with Hamas last month, Netanyahu could go no further.

Read all about it at the Jerusalem Post, the Times of Israel and Arutz Sheva.

This article in Yisrael Hayom gives a good analysis and background to the haredi conscription imbroglio:

Among key issues that have collapsed the 21st Knesset before its ministers have even been sworn in is the enlistment, or lack of, haredim serving in the military. As part of agreements established and signed at the creation of modern-day Israel between leading rabbis and the founding father and country’s first prime minister, David Ben-Gurion, strictly religious males were granted exemptions from mandatory military service so they could pursue Torah study in Jewish learning institutions.

In a country in which military enlistment for all other Jewish males (and for females) is compulsory, these exemptions unfairly distribute the burden of military service. In addition, it has become clear that these exemptions do not necessarily support serious Torah study in many cases.

So it is reasonably understandable why those forced to serve and send their children to defend the Jewish state have grown tired of these exemptions. A law passed in 2012, known as the Tal Law, further entrenched the exemptions. Yet Israel’s High Court, as it often does, ruled to overturn the legislation and has forced the government to replace it with an alternative framework to increase the number of religious conscripts.

Towards the end of the last government, a new law was proposed that would slowly increase those numbers while penalizing individuals and communities that refused to serve with steep fines and even incarceration. The law passed its first reading in the Knesset prior to the calling of early national elections. Following the polls, the religious United Torah Judaism and Shas parties emerged as the strongest parties prepared to enter Benjamin Netanyahu’s incoming governing coalition. They have demanded that the law be adjusted to further loosen the enlistment target numbers, as well as reduce the penalties for refusing to serve. 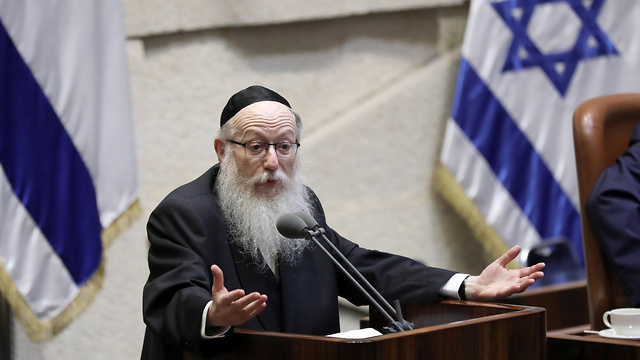 Yet during the current negotiations, the smaller Yisrael Beytenu Party led by the former defense minister and right-wing Netanyahu-rival Avigdor Lieberman has demanded that the new law be passed as is and implemented as a pre-requisite to entering the government. Unable to forge a compromise, Netanyahu is thereby unable to form a majority governing coalition. And with no other likely Knesset members able to form a governing coalition, including the Blue and White Party led by Benny Gantz and Yair Lapid, the Knesset is voting to quickly disband itself and send the country into snap elections for the second time in less than six months.

The irony of the crisis is two-fold. First, the issue of religious enlistment, while important, is far down on the list of immediate national security and economic priorities. Second, it is the High Court’s deadline for passage of a new enlistment law that has forced the government to contend with the issue at a time when it otherwise would be more than willing to kick the can down the road.

As students of Tanach and the Talmud, strictly religious males are knowledgeable about the historical geography of the Jewish state. To them, cities like Hebron, Bethlehem and Shechem (referred to by Arabs as Nablus) have unique religious significance as the burial grounds of Jewish forefathers and foremothers Abraham, Isaac, Jacob, Sarah, Rebecca, Rachel and Leah.

Haredi males, and the rabbis who guide them, have opted against military service for several reasons. The first is that although it is a Jewish army, the IDF is by no means a religious army. Its guiding principles and leadership do not inherently lend themselves to creating an especially religious-friendly environment.

The integration of women into the military, and particularly their roles as trainers of men in handling weapons and in national recruitment offices, creates an uncomfortable situation of immodesty for strictly religious men. In addition, army units do not facilitate daily Torah learning, while also establishing (sometimes important) exemptions from religious laws that contradict with military duties.

As such, penalizing religious males for skipping the army makes complete sense from a level of fairness, if the issue was being waged in a vacuum. Fining and/or jailing religious males from opting out of army service, however, fails to address the very reasons they are avoiding joining the army, to begin with. 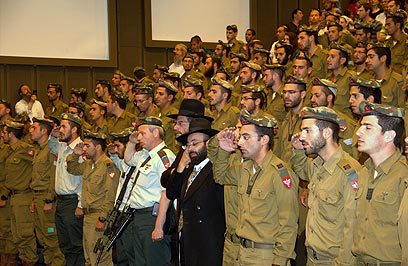 Soldiers of the Nachal Haredi battalion complete their training course

If the government was serious about increasing the number of strictly religious conscripts, it would seek to address these issues head-on and create a better framework for service – building on the already successful concept of Nahal Haredi religious units, for example.

If the court and non-religious parties determine how and when these religious men are to serve in the military, then government crises like the one dooming Netanyahu’s barely elected government will persist as an issue well into the future.

Add to this noxious mix the political rumblings about the proposed Immunity Law, which would grant immunity from prosecution to politicians as well as a sitting prime minister – and which was intended to protect Netanyahu from the various corruption charges being leveled against him – and the coalition crisis was pretty much inevitable.

Even with the immunity law being adapted so that it won’t apply to Netanyahu himself, it was a step too far for many in the Knesset, including from within the Likud.

So here we go again. The new elections are being called for 17th September, and if anyone expects a different result to the previous one, they are probably insane – at least according to the famous truism widely attributed to Albert Einstein:

Albert Einstein is widely credited with saying, “The definition of insanity is doing the same thing over and over again, but expecting different results.”

Which is a necessary trait in order to live in this crazy country.