It’s been a crazy (but enjoyable) couple of weeks with the birth of our new grandson, the “Sholom Zochor” (a Friday night reception) to welcome him, the brit (circumcision) – the baby is called Akiva Menachem ♥ – and then going straight into Shabbat and Shavuot. So it’s kind of a relief to get back to what counts for “normal programming” and present you with a Good News Friday installment.

My first two items are connected to French Muslims, of all things!

A French Imam, accompanied by other Muslim leaders, recently arrived in Israel, and visited the Barkan Industrial Zone in Samaria, where he blasted BDS and said that dialogue was the only way forward:

Dozens of Muslim leaders, led by Iman Hassan Shalghoumi, head of the Imams Conference in France, visited the Barkan industrial zone in Samaria on Friday.

The extraordinary delegation met with Samaria Regional Council head Yossi Dagan and Sheikh Abu Khalil Tamimi of Ramallah, as part of the international hasbara (public relations efforts) activities of the Samaria Council and the Elant organization in France.

Imam Hassan Shalghoumi of France, known for his pro-Israel views, spoke about the visit to the factories in Barkan which employ both Jews and Arabs. “We saw a company in which Israelis and Palestinians work together. I salute them. I support the policy of the head of the Samaria Regional Council to expand and deepen the dialogue. Let us pray that there will be more people, mothers, sisters – that no mother will cry – neither Israeli nor Palestinian. ”

Next to Shalghoumi sat Yael Shevach whose husband, Rabbi Raziel, was murdered in a shooting attack in Samaria in January 2018. “To my right is a woman who lost her husband a year ago, left alone with six orphans. Which right allows you to take a life? The Torah of Moshe forbids murder. And also for us, the Muslims, murder is a horrible sin. The greatest sin is to take a life. The solution is dialogue.”

“There will soon be an international peace conference (the Bahrain conference) and there are those who refuse to go. I think it’s wrong – one should always go and engage in dialogue. Sit around the same table even if you disagree – dialogue can save us.” Shalghoumi also mentioned the activity of the BDS in France, saying that it contradicts the laws of the Koran.

Sheikh Tamimi of Ramallah said that “every problem can be solved through negotiation and dialogue and with good relations with each other. Spreading hatred is not the way of Islam. We all live together and we can understand each other through dialogue. God willing, the future will be better for us and for our children.”

“We believe that the true path of peace starts first and foremost through mutual peace, and not through the terror of the Palestinian Authority,” Samaria Regional Council head Yossi Dagan told the Muslim delegation. “We do not believe in peace on paper and through apathetic politicians, but in creating mutual respect and relations that begin from below, from economic development and cooperation.”

Benjamin Touati, the deputy director of the ELNET organization, spoke about the decision to bring the Muslim delegation to visit Samaria. “What’s important to us is to show people the real reality on the ground, so that they will not only be fed by what they were told in the mosques and the media. It was a very powerful and important tour. The Muslim leaders were surprised to discover that people living in Judea and Samaria live a completely normal life. As far as we are concerned, these people are becoming ambassadors of peace in the Muslim community in Europe.”

What a fantastic initiative by the ELNET organization! Kol hakavod to the organizers on the Israeli side, but greatest kudos go to the Muslim leaders, from both France and Ramallah, who broke with convention and courageously took the path of dialogue in order to bring peace between Jews and Muslims a little closer, even daring to meet with those much-demonised “settlers”   who Let us hope there will be many more meetings like this, and maybe attitudes on the ground will change.

Moving now to the world of Israel’s biomedical industry, which I have not written about for a while, there is amazing news from Sheba Medical Center where a researcher has discovered a potential treatment for metastatic pancreatic cancer:

“In the history of oncology, there have been only two or three studies that have shown some benefits for pancreatic cancer,” said Dr. Raanan Berger, head of Oncology for Sheba Medical Center, the country’s largest hospital, located in the Tel HaShomer neighborhood of Ramat Gan. “This is a very rare breakthrough.”

Pancreatic cancer is … the 4th leading cause of cancer death, and less than 3% of patients with metastatic disease survive longer than five years after diagnosis. 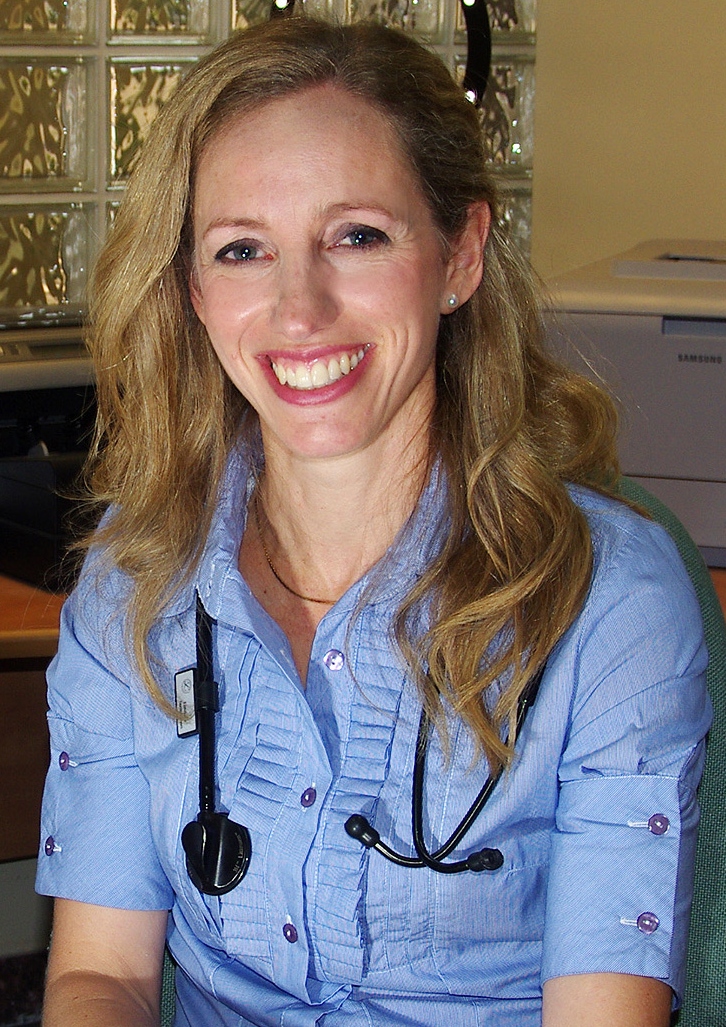 The research was conducted by Dr. Talia Golan, the head of Sheba’s Pancreatic Cancer Center. Specifically, her research centered on evaluating the safety and testing the efficacy of a new drug treatment regimen known as POLO in order to treat a specific type of metastatic pancreatic cancer in carriers of the BRCA 1 and BRCA 2 mutation, which runs largely in Ashkenazi Jews and typically makes these individuals susceptible to breast and ovarian cancers.

“The POLO trial using the medicine Lynparza offers potential hope for those who suffer from metastatic pancreatic cancer and have a BRCA mutation,” Dr. Golan said.

Lynparza is also known as olaparib.

“This treatment also exemplifies the advent of ‘precision medicine’ based on a specific genetic biomarker, BRCA 1 and 2,” she said.

Berger told The Jerusalem Post that the study is the next phase of an earlier study done by Sheba in 2015 that showed that olaparib, a pharmacological inhibitor of the enzyme poly ADP ribose polymerase, show benefits for patients with different cancer types harboring mutations from BRCA 1 and BRCA 2.

Specifically, patients with pancreatic adenocarcinoma harboring these BRAC mutations showed promising results in this prior study.

“Based on that experiment and some similar ones, this new study for pancreatic cancer was initiated,” Berger said.

Berger said the results show that those patients from around the world who received the treatment – a round of chemotherapy and then several treatments with olaparib – did much better than those who did not receive the drug in terms of response, time to progression and quality of life.

The implications of this research are enormous! What a huge potential to save thousands of lives every year! Kol hakavod to Dr. Talia Golan and the research team at Sheba Medical Center. May they go on to ever greater success!

One final item for today, and it’s one that is so typically Israeli and is sure to bring a smile to your face – a story about an immigrant absorption center that has become almost a matchmaking service for its residents. 🙂 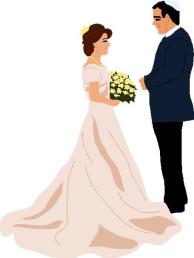 Ulpan Etzion, the absorption center of the Jewish Agency, is popular among young immigrants to Israel, but for a different reason than you may have thought. On Thursday of this week, another semester of Ulpan Etzion ended, during which 216 young immigrants from 40 different countries studied together. During the course of the semester, a total of 32 immigrants, who met each other for the first time at Ulpan Etzion paired off into 16 couples, according to a Ynet report on Friday.

“It was worth coming to Israel to find love here,” Dana Rubel, a social worker from New Jersey, told Ynet. Rubel met her fiancée, Eitan Amzalag, a lawyer who immigrated from France, at Ulpan Etzion. Dana and Eitan became engaged three weeks after meeting each other and are currently planning their wedding which will take place in October in Jerusalem. “It was love at first sight,” Dana said. “We both love each other very much, love Jerusalem where we met and love Israel.”

Argentinian economist Yechezkel and English psychologist Laura also met at Ulpan Etzion. “We met in the first week of school and we’ve been together since,” they told Ynet. “Now that we finished our studies in the ulpan, we’re moving to the same neighborhood in Tel Aviv, where we’ll continue to be a couple.”

“Sometimes I feel like a matchmaker,” director of Ulpan Etzion Ziva Avrahami said to Ynet. “I attend the weddings of ulpan graduates who immigrated to Israel from different parts of the world and met here by us. I feel like I’m a family member from the groom’s side as well as the bride’s side. It’s a great privilege to run an absorption center where every morning you feel a sense of mission and have an opportunity to engage in meaningful work.”

I think that is the most wonderful bonus to receive from your work: not only job satisfaction but the added value of bringing happiness to other people. What more could anyone want?

Heartiest mazal tov to all the new couples, and may the next batch of immigrants produce even more happy marriages!

On this happy note I wish you all a quiet peaceful and safe weekend. Shabbat Shalom everyone!