The lazy summer days have arrived together with the heat, although we haven’t yet reached the height of the summer yet and it’s bound to get hotter. Nevertheless I’ve been enjoying doing not very much at all, even though this means I have neglected my blog somewhat. So what better way to get back into things with a Good News Friday post.

My first item is a catch-up of sorts with some news from Egypt. Remember when ISIS or Jihadi terrorists kept blowing up the gas pipeline from Egypt to Israel?  Well, this week Egypt agreed to pay Israel $500 million to end the gas dispute:

CAIRO — Egypt said Monday that it had struck a deal with Israel to settle a fine for halting deliveries of natural gas.

A statement from Egypt’s Petroleum Ministry said the settlement deal, which was signed Sunday, would reduce the $1.7 billion fine to $500 million.

Israel Electric had sued the state-owned Egyptian General Petroleum Corporation and Egyptian Natural Gas after a 2005 deal to export natural gas to Israel collapsed in 2012 amid jihadist attacks on a pipeline in the Sinai Peninsula, where Egypt has been battling insurgency for years.

Israel relied on the pipeline to meet its energy needs.

On top of this good news, the wheel has turned 180° – with Israel now exporting gas to Egypt, as the article continues:

Last year, US-Israeli consortium Noble Energy, which leads the development of Israel’s offshore gas reserves, together with its Israeli partner Delek and Egyptian East Gas Company, announced a deal that would enable the export of natural gas to Egypt. 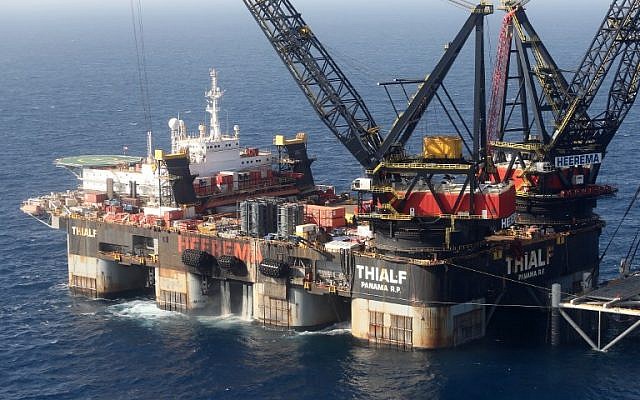 The consortium paid $518 million to buy 39 percent of a disused pipeline connecting the Israeli coastal city of Ashkelon with the north Sinai. The mainly undersea pipeline is now used to transport natural gas from the Tamar and Leviathan reservoirs to Egypt.

It is the first time Egypt, which in 1979 became the first Arab country to sign a peace treaty with Israel, imports gas from its neighbor.

This is all very good news, giving Israel a measure of justice after its mistreatment by Egyptian terrorists, and providing a boost both economically and diplomatically with its provision of gas to Egypt. 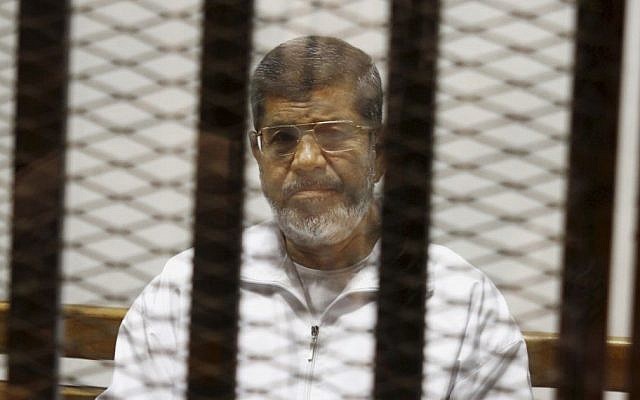 Moreover, one of the prime movers for the breaking of ties between Egypt and Israel, the Muslim Brotherhood-sponsored Mohamed Morsi, suddenly dropped dead in court this week, in a scenario redolent of spy thrillers and conspiracy theories. I’m sure the conspiracy theories will continue to surface, but there is no doubt that Egypt is more friendly and accessible under Abdel Fattah al-Sisi.

Moving back to Israel now, and there is yet another excellent biomedical invention that is bound to provide relief for thousands of people. Technion researchers have developed a medical glue to replace stitches in serious injuries, in situations where the existing medical glue is not sufficiently strong:

Researchers at the Technion–Israel Institute of Technology have developed a glue gun to put the human body back together when it has been seriously injured. 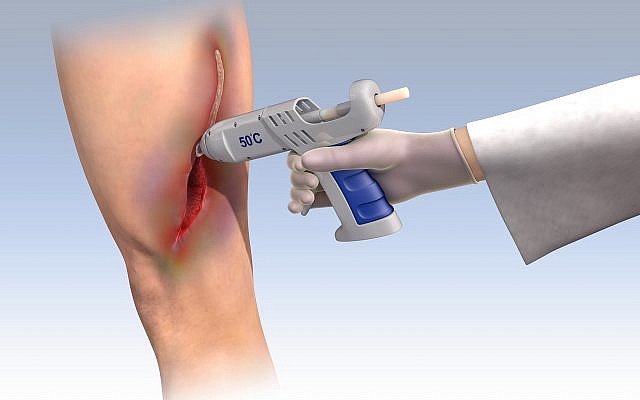 The pins and stitches currently used to treat serious injuries come with drawbacks: They can be painful, they leave scars, they require high skill from the doctor, and they sometimes have to be removed after the tissues heal. Suture on the intestine, lungs or blood vessels often leak and therefore require a sealant.

The medical glue that the researchers have developed is a “two in one,” said Prof. Boaz Mizrahi, head of the Biomaterials Laboratory of the Technion. It replaces both stitches and the sealant, and is good for both external and internal injuries, he said.

Still, the glues currently in use to replace sutures and staples are limited by their mechanical properties and toxicity, the researchers said. Because they are very toxic, they can be utilized only on the surface of the skin. In addition, hardening of the glue may make the organ less flexible or the adhesion may not be sufficiently strong.

With these limitations in mind, researchers have been on the hunt for a glue that is suitable for different tissues, nontoxic, and flexible after hardening. Such a glue would also need to decompose in the body after the tissue is fused together. 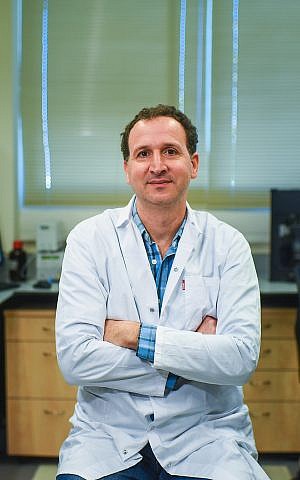 Mizrahi worked together with doctoral student Alona Shagan and came up with what they say is a “very strong, nontoxic tissue adhesive that remains flexible even after solidification.” Their study was published in the journal of Advanced Functional Materials.

Melting the glue and smearing it on the damaged tissue is performed with a hot-glue gun. The gun warms the glue to just above body temperature so as not to cause a burn. After the glue is applied, it quickly hardens, then decomposes within a few weeks. The adhesive is also suitable for use on tissue inside the body, and it is four times as strong as existing adhesives used for this purpose. Tested on cells and laboratory animals, it was effective and nontoxic, the researchers said.

Use of the polymer for medical purposes has previously been approved by the US Food and Drug Administration (FDA). “We played with its physical structure,” said Mizrahi, to lower the polymer’s  melting point, but its chemical properties otherwise remains the same, so there is no need for additional FDA approvals, he said.

Kol hakavod to Prof. Boaz Mizrahi and Alona Shagan on this brilliant development which has such enormous potential to bring relief and healing to thousands. May they continue on to greater success.

Let’s now jump back thousands of years, to a fascinating discovery: An ancient watchtower dating back to the days of King Hezekiah was discovered on an IDF paratrooper base in southern Israel:

An ancient observation tower was discovered in southern Israel on Wednesday in an IDF paratrooper base. The tower dates back to the days of the King Hezekiah, who ruled the Kingdom of Judah almost 3,000 years ago, according to the Bible. 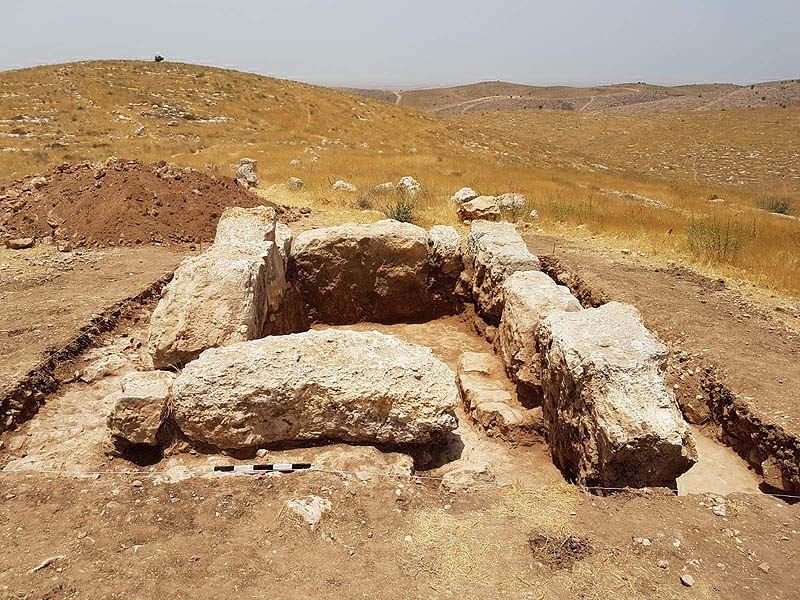 “The strategic location of the tower served as a lookout and warning point against the Philistine enemy, one of whose cities was Ashkelon,” according to Valdik Lifshitz and Sa’ar Ganor, directors of the excavation on behalf of the Israel Antiquities Authority.
The tower was estimated to be about 16.4 x 11.5 feet.

“In the days of the First Temple, the Kingdom of Judah built a range of towers and fortresses as points of communication, warning and signaling, to transmit messages and field intelligence.”

The messages would be transmitted though smoke and fire, depending the time of the day.

The project was carried by the Israel Nature and Parks Authority in a joint effort with the IDF and the Ministry of Defense. 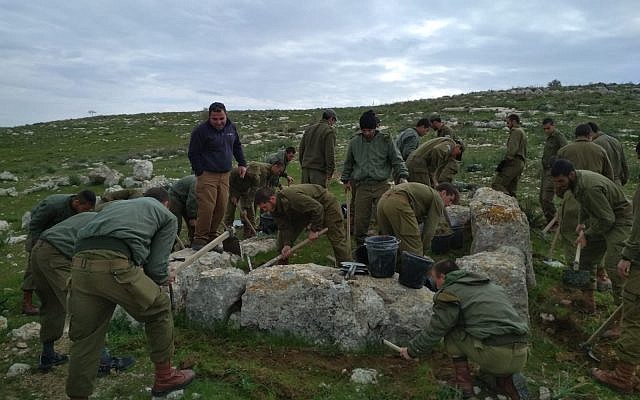 IDF soldiers from the Paratroopers Brigade take part in an archaeological dig at their base in southern Israel in June 2019. (Israel Antiquities Authority)

“To our delight, each project creates solidarity, strengthening the connection between the soldiers and their surroundings.The IDF, a melting pot of Israel’s diverse population, is a unique meeting place for people from all parts of the country, which, through environmental activities, creates between them a stronger awareness to the preservation of nature and the Israeli heritage,” IDF Defense Force project Guy Saly said.

What a great initiative between the IDF and the Nature Authority, strengthening the link between the soldiers and their country and heritage. And what an amazing discovery! Kol hakavod to all the participants in the dig and the researchers at the Antiquities Authority.

And one final item for today, here is a wonderful initiative by Boomerang, the pro-Israel advocacy group who are also working to fundraise to help autistic adults integrate into society by teaching them woodworking:

What a wonderful project! Kol hakavod to Boomerang and to the teachers of these special people who have discovered their own creativity and can be proud of their contribution to society.

With these happy thoughts I wish you all a safe, peaceful and quiet Shabbat. Shabbat Shalom everyone!