Theresa May officially stepped down yesterday as Britain’s Prime Minister and Boris Johnson took over. 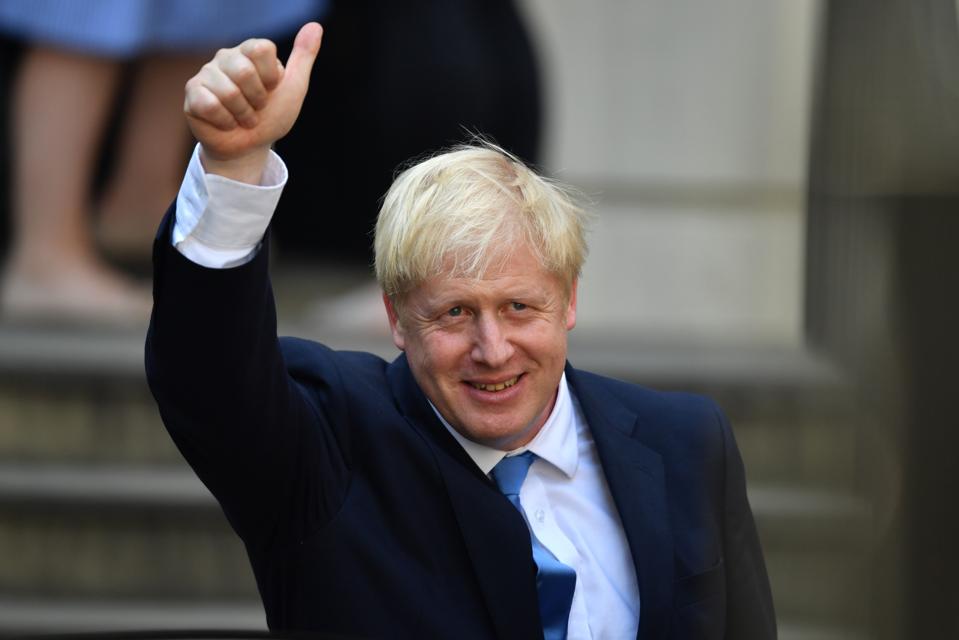 Ian Austin left the Labour Party because of its extremism and antisemitism under Jeremy Corbyn’s leadership.  In one of her final acts as PM, Theresa May appointed him as the British trade envoy to Israel, a post which he is sure to succeed in:

The Dudley North MP, who now sits as an independent, was handed the new role by Prime Minister Theresa May this week.

The unpaid role will see the parliamentarian build on Israel and the UK’s multi-billion pound annual trade.

Mr Austin told the JC: “Trade with Israel is worth billions to Britain, it has resulted in investment and jobs in businesses across the UK, including here in the Black Country and in Dudley too.”

“I’m looking forward to working with the Department for Trade and the brilliant team at our embassy in Israel who are working so hard to help British companies win business in Israel and strengthen the trading relationship between the two countries.”

Trading relations between the two countries are expected to become even more crucial after Brexit.

Another last minute appointment by Theresa May was that of John Mann as the independent government adviser on antisemitism (via Brian Goldfarb). This was a brilliant poke in the eye for Jeremy Corbyn since John Mann (who is not Jewish) was one of the first and key people to call attention to the antisemitism rife in the Labour Party:

In one of her final acts as Prime Minister, Theresa May has appointed a Labour MP who chairs the parliamentary group on antisemitism, as an independent government adviser on the issue. 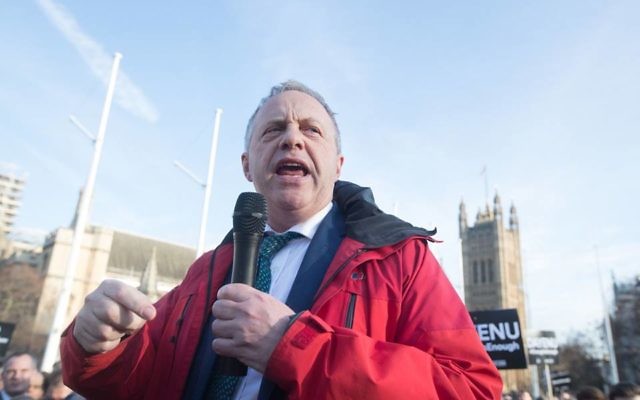 John Mann is to take up the role after having commissioned two inquiries into Jew-hatred in the past 15 years, which helped shape how the problem is addressed in Britain.

Downing Street said that Mr Mann would be responsible for providing the Ministry for Housing, Communities and Local Government (MHCLG) with independent advice on the most effective methods to tackle antisemitism.

He will also work with Lord Pickles, the UK’s special envoy for post-Holocaust issues, as well as Lord Ahmad of Wimbledon, the special envoy for freedom of religion and belief, “to ensure a consistent approach”.

The pro-Brexit left-wing MP was thrust into the limelight in 2015 when he confronted former Mayor of London Ken Livingstone, after the latter claimed Hitler had ‘supported Zionism’. He accused the veteran of being a “Nazi apologist” and of distorting history.

Boris Johnson got to work immediately with a massive cabinet reshuffle – practically a cabinet remake with so many new appointments. The most interesting appointments that stand out for me are the following (with “Guido’s” snarky comments alongside):

17:58: Jeremy Hunt quits as Foreign Secretary after turning down Defence. Shunt for Hunt…

The Times of Israel gives us the “Israeli angle” on the above new appointments:

[Priti] Patel quit in November 2017 after it emerged that she held a series of meeting with Israeli leaders — including Prime Minister Benjamin Netanyahu — about allocating aid to the Israeli army’s Syrian relief efforts, without properly informing the government.

A 45-year-old graduate of both Oxford and Cambridge and the son of a Jewish Czech father who fled the Nazis, [Dominic] Raab reportedly spent the summer of 1998 at a university near Ramallah and became involved early on in the Arab-Israeli conflict, working with a former Palestinian negotiator of the Oslo peace process in the West Bank.

[Sajid] Javid made a three-day trip to Israel and the West Bank earlier this month, including a rare visit to Jerusalem’s Western Wall and Temple Mount.

The minister, who comes from a Muslim family, donned a traditional Jewish skullcap as he toured the Western Wall holy site and placed a note between the stones of the ancient retaining wall.

During his time as home secretary, Javid proscribed Hezbollah’s political wing as a terrorist organization, and slammed Labour Party leader Jeremy Corbyn for photos of him holding a wreath during a 2014 visit to the graves of Palestinian terrorists.

Israeli PM Binyamin Netanyahu congratulated Boris Johnson on his appointment as Prime Minister and thanked Theresa May for her friendship and support, sentiments which were echoed by other Israeli political figures:

Heartfelt congratulations from Jerusalem, @BorisJohnson. Looking forward to working closely together, both in facing our common challenges and seizing the opportunities ahead. 🇮🇱🇬🇧 pic.twitter.com/YeIc5qyxcL

The foreign minister also thanked May, who will leave office on Wednesday, for “the amazing and tireless work that she did to strengthen ties between our two countries. Bilateral trade is up, tourism is up and security cooperation is saving lives. Thank you to a true friend.”

Israeli political leaders from across the political spectrum were quick to congratulate Johnson, describing him a “friend,” both personally and to the country.

Britain is in for interesting times now in their run-up to Brexit.  Having left England long ago I don’t have the right to vote there but still remain interested in what happens there. I wish the British great success and hope that Boris Johnson and his new cabinet will be good for Britain and good for its relations with Israel.