Good News to start the week

On Friday I promised to post some good news after Shabbat, and I like to keep my promises, so here are a few good news items to lift our spirits.

Although this doesn’t fall strictly into my “Friday post” kind of good news, it is extremely welcome all the same. Last night the Israeli Air Force bombed a weapons depot in Syria, thereby thwarting a killer drone attack (yes, it sounds like science fiction) by Hezbollah on northern Israel: 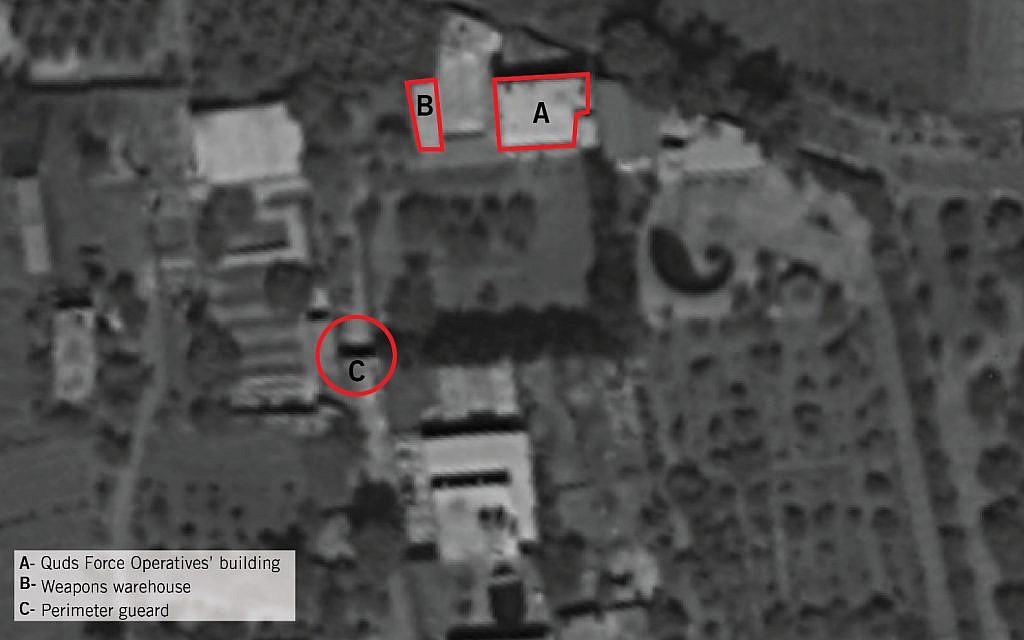 A satellite image showing a small base in the Syrian town of Aqrabah from which the Israeli military says Iran tried to launch explosive-laden drones into northern Israel from Syria in August 2019. (Israel Defense Forces)

A Syrian military source quoted by official Sana news agency said that “At 2330 (2030 GMT) anti-aircraft defenses detected enemy targets from Golan heading towards the area around Damascus”.
“The aggression was immediately confronted and so far the majority of the enemy Israeli missiles have been destroyed before reaching their targets,” the source added.

Two members of Iranian-backed Hezbollah and one Iranian were killed in the strikes, the Syrian Observatory for Human Rights said on Sunday, following claims by the Lebanon that two Israeli drones went down over a stronghold in Beirut.
The atypical announcement from Israel — which operates regularly in Syria but rarely acknowledges its actions so swiftly — was even confirmed by Prime Minister Benjamin Netanyahu on Twitter, following reports in Syrian state media that anti-aircraft defenses fired at ‘enemy targets’ over Damascus.

'If someone rises up to kill you, kill him first.' I have directed that our forces be prepared for any scenario. We will continue to take determined and responsible action against Iran and its proxies for the security of Israel.

“The threat was significant and these killer drones were capable of striking targets with significant capacity,” military spokesman Jonathan Conricus told reporters, specifying that the “killer drones” operate “like kamikazes: they carry payloads and explode, like a missile. This is different from the attempted Iranian drone attack last February which was an unmanned aerial vehicle carrying explosives.”
According to Conricus, the Israeli attack took place in Aqraba, southeast of Damascus, and targeted “a number of terror targets and military facilities belonging to the Quds force as well as Shiite militias.”

The Times of Israel live blog adds the following details:

“The person who led this attack and commanded it was Qassem Soleimani personally. He funded, coached and trained Shiite operatives, who were supposed to carry it out,” Kohavi says in a video of a meeting in the IDF Northern Command late Saturday night, released by the military.

The Israel Defense Forces says the attack drones that Iran intended to use against the Jewish state on Saturday night had been flown into Syria from Tehran several weeks ago, along with a number of Iranian military officials.

Conricus says the military has been monitoring the Iranian plot for “a number of weeks.”

Last Thursday, the IRGC-backed cell first tried to fly these attack drones into northern Israel from the Syrian village Erneh, the IDF spokesman says, but this effort was blocked by the Israeli military.

Conricus refuses to comment on the exact method used to thwart the attack, but says it was “not necessarily kinetic,” appearing to indicate that some method of electronic warfare was employed.

According to the spokesman, the Iranian drones used in the attack were of a similar variety that Tehran-backed militias have used elsewhere in the Middle East, namely by Yemen’s Houthis.

“The modus operandi is similar to what we have seen in other places in the Middle East — in Yemen and Saudi Arabia,” Conricus says.

He says the equipment, as well as a number of operatives, were flown in from Tehran through the international airport of Damascus.

The spokesman says their base of operations was in the village of Aqrabah, near Damascus.

Conricus says Israel sees Syrian dictator Bashar Assad’s regime as responsible for the attacks as it aware of the plot and gave it de facto support by allowing it to take place.

There isn’t much to say except Kol hakavod le’Tzahal! Well done to the IDF and IAF and of course the intelligence services on a job very well done. May they continue to vanquish our enemies with the help of G-d.

On a rather different subject, but still connected to aviation, an Israeli software firm has landed a $137 million contract with the Federal Aviation Authority: According to the report, the FAA awarded NICE a 10-year contract worth up to $137 million.

NICE Executive Vice President Chris Wooten was quoted as saying of the deal that “millions of flyers rely upon the FAA daily to ensure their safety. In mission-critical times of need, the FAA needs to be best positioned to act fast and respond smartly. We at NICE recognize the need of this important work and are ready to support the FAA as it improves incident-related debriefing and investigations. We look forward to continuing our years of service in supporting the FAA.”

Kol hakavod to NICE on this excellent achievement, and kudos to the FAA for recognizing Israel’s superiority in this field.

And one last item for today – something completely and utterly different. A young Israeli couple decided in the last minute that they didn’t want to get married. But they had the hall and all the trappings booked. Instead of letting it all go to waste this ex-couple made the most beautiful decision. They decided to donate their entire wedding – hall, wedding dress, band, everything to a needy young couple of immigrants from South America who were planning to get married but couldn’t get the financing together.

Watch this very moving, heartening video. Some of it is in Hebrew, some is in English but it’s pretty clear what is going on. You will have to watch the video at the link because it is un-embeddable.

I bet there is not a dry eye in the house after watching this video. Kol hakavod on the ex-couple who made such a courageous decision. I hope and pray that their kindness towards total strangers will stand them in good stead when they finally meet their partners (or maybe they will get back together again?). And heartiest mazal tov to the new Olim and young couple! May you build a beautiful strong Jewish home in Israel.

6 Responses to Good News to start the week