This week’s Good News Friday post opens with the startling – and very good – news that the US killed the leader of the Iranian Revolutionary Group Corps – Al Quds Force, Qassem Soleimani last night. 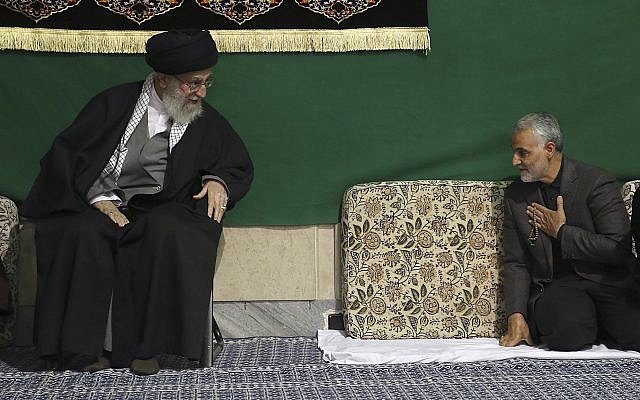 Make no mistake about it: Soleimani was an extremely bad, dangerous man. From the above link:

The US Department of Defense confirmed it had carried out the airstrike.

Iranian state television said the attack was carried out by US helicopters.

Soleimani has for years been seen as the architect of much of Iran’s malign activities in the Middle East, including attempts to place a foothold in Syria and rocket attacks on Israel, making him one of Israel and the US’s most sought-after targets.

In a 2013 profile of Soleimani, New Yorker reporter Dexter Filkins wrote that as head of the Quds Force, which he took control of in 1998, Soleimani “sought to reshape the Middle East in Iran’s favor, working as a power broker and as a military force: assassinating rivals, arming allies, and, for most of a decade, directing a network of militant groups that killed hundreds of Americans in Iraq.” 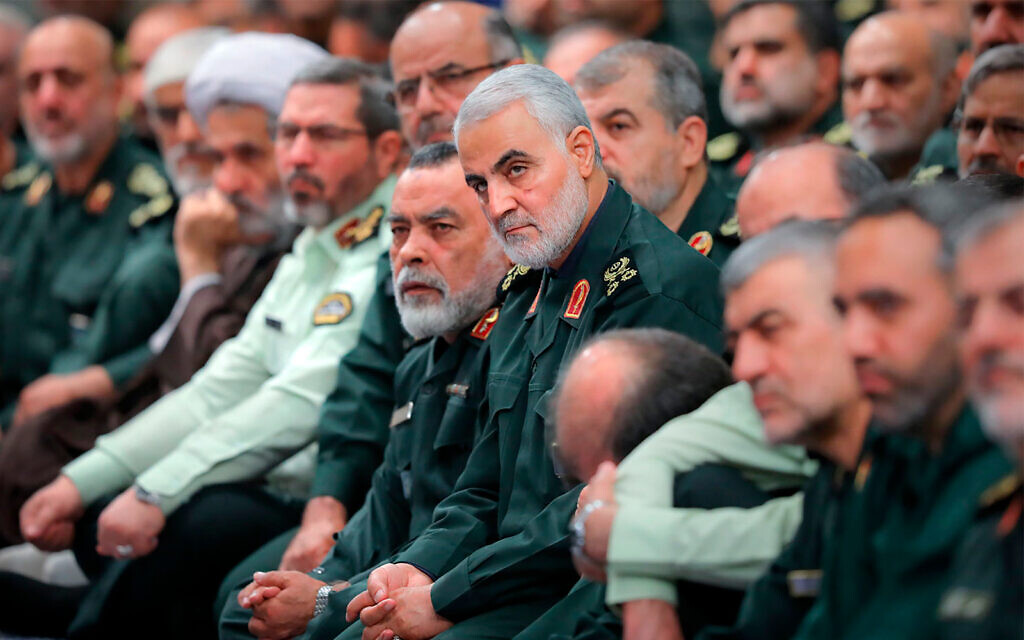 Qassim Soleimani has been in control of Iran’s Quds Force for more than 20 years. His current greatest hits include helping Bashar al Assad slaughter hundreds of thousands of his own people in the Syrian civil war, stoking the Houthis in Yemen’s civil war, and overseeing the killing of hundreds of Iraqi protesters recently demonstrating against Iranian influence in their country.

But most importantly for Americans, Soleimani was behind the deaths of hundreds of American soldiers during the Iraq War. Last year, the U.S. State Department put the number of Americans killed by Iranian proxies in Iraq at 608 since 2003.

Soleimani was so powerful he was in effect second in command only to the Supreme Leader Ayatollah Khamenei:

He is more powerful than Iran's President

Despite the dire threats of revenge (possibly against Israel too via Iran’s proxy Hezbollah) it is good that this man is dead. As the mastermind behind almost every dangerous terror group in the Middle East, he needed to be taken out.

Kol Hakavod to the American troops and to President Trump for keeping his eye on the target.

If it weren’t for the malign influence of Iran and all its proxies the Middle East might be looking a lot different today. As it is, relations between Israel and her Arab neigbours are steadily warming up. Watch this great video from StandWithUs:

WATCH :
A New Middle East?
In the past decade, Israel has developed closer ties to Arab states in the region. From sporting events to official diplomatic delegations and regional infrastructure plans we are seeing a positive shift in the Middle East.
Peace is possible! pic.twitter.com/uDnK1sr5XJ

A Chanukiya was even lit in Dubai last week!

Let us pray that with the elimination of the wicked Soleimani, Israel’s relations with its neighbours can continue to develop and flourish.

And now from the depths of evil to the heights of righteous spirituality, this week the Jewish world marked the completion of the 7-year cycle of study of the Talmud known as “Daf Yomi”, literally “the daily page“. The project, started on Rosh Hashanah 5684 (Sept. 11, 1923) by Rabbi Meir Shapiro, involves the study of one page (two sides) of Talmud per day.  At the end of the cycle a huge celebration, the Siyum Hashas (completion of the Talmud) is held. Since the Talmud study is carried out simultaneously in Jewish communities throughout the world, the celebrations too are similarly marked. In New York, over 90,000 Jews filled the Met-Life Stadium and smaller celebrations were held elsewhere.

An estimated 350,000 Jews all over the world take part in the movement known as Daf Yomi, which means “page a day” in Hebrew. In synagogue study halls, Wall Street board rooms and even on the 7:51 a.m. Long Island Rail Road train from Far Rockaway to Penn Station, they study the same two-sided page each day until all 2,711 are completed.

Many, …  choose to start the cycle all over again, anticipating new shards of insight or wisdom.

The movement has become so popular that the New York-area ceremony on New Year’s Day not only drew 90,000 participants, filling the home of the football Giants and Jets in the New Jersey Meadowlands, but also attracted 20,000 to the Barclays Center in Brooklyn. There were smaller celebrations in 80 cities in 15 countries, according to organizers.

The celebration, known as a Siyum HaShas, or “completion of the Talmud,” was organized by Agudath Israel of America, the ultra-Orthodox umbrella group that initiated the program in 1923 as a way of unifying Jews and their practice in a growing diaspora.

This year the Siyum Hashas, coming on the heels of weeks of antisemitic attacks in New York and elsewhere, this huge celebration is a form of revenge against the antisemites. Not only will they not defeat us physically, our spiritual life is flourishing too.

Not only is the Siyum Hashas a huge Kiddush Hashem (sanctification of G-d’s name) in itself, the respectful way in which the participants behaved created an even bigger Kiddush Hashem. Israellycool has the story:

Remember, we are speaking about 92,000 people packing the stadium, so if things got a little unruly, it would not be surprising. This is what the stadium staff had to say about them behind their backs:

Huge kol hakavod to every single learner and studier and teacher over this last cycle. May your Torah study grow and flourish for the benefit of the entire Jewish nation.

On a personal note, tomorrow night we are going to our son-in-law’s personal Siyum Hashas at his home. Another kol hakavod goes to him and his friends.

One funny wisecrack to finish this week’s post. One lone wise-guy in the huge black-garbed crowd at the Met-Life stadium dressed himself up as “Waldo” from Where’s Waldo: 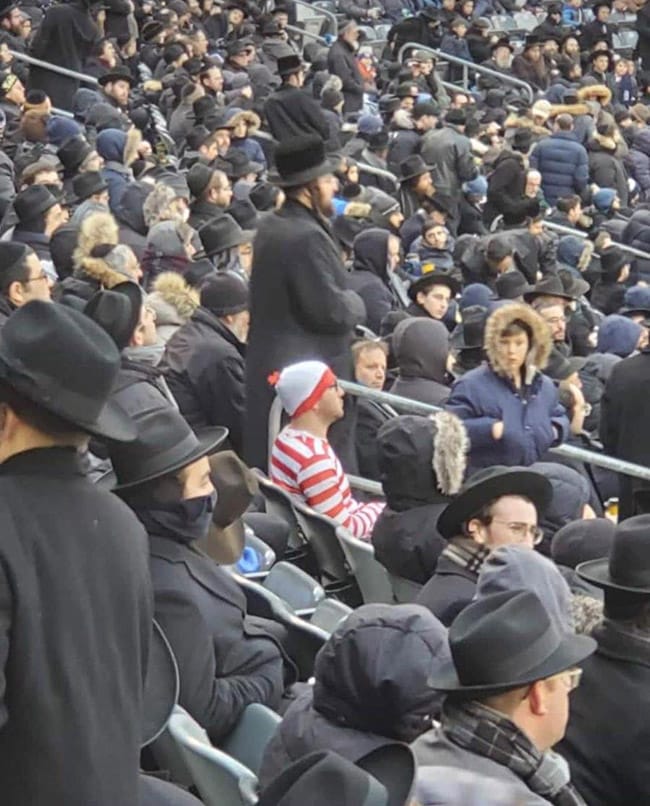 I would have said “only in Israel” – but this was New York! 😀 Well done sir, you are a brave man!

I wish everyone Shabbat Shalom, may the coming week bring us only good news.