This is another guest post by frequent contributor Brian Goldfarb. Brian wrote this article since arguments about what constitutes antisemitism continue to rage on on the internet, social media and in political circles, this despite the publication of the IHRA definition of antisemitism which has been accepted in many academic institutions and political parties worldwide.

This is a question I’ve often faced on reading some material on websites (not this one, of course), in the paper or listening to radio or television commentators, especially on the BBC (my home radio station) when the topic of Israel and the Middle East comes up. And frequently when the reporter is Jeremy Bowen. Why can’t they send him somewhere else? Please!! Anywhere out of the region.

The answer, yes or no, is rarely simple, except in the most obvious of cases. Sometimes, writers or speakers are simply unaware that what they are saying is, or can be construed – without violence to the words used – as antisemitic, and when this is pointed out to them, they are only too willing to apologise, reword their statement and move on. The whole issue is further complicated by noting that, here in the West, we prize free speech, as we should. In turn, this means that, in principle, nothing is beyond saying.

To illustrate the complexities this can create, six years ago, there was an attempt to run a conference at Southampton University (UK) with the title “International Law and the State of Israel: Legitimacy, Responsibility and Exceptionalism” (which Anne reported on in this blog). There was a long-running debate on the then very active Engage Online website, running from March 2015 over the following month or so, in which I took an active part (click on the link above to read the discussion and the subsequent comments).

You will notice that I do not mention antisemitism in what follows, and many of the commenters are good friends of Israel, but some of them still made comments that I found “odd”!

My starting point was that anybody could say anything they liked (within UK law) to whoever was willing to listen in any place that the owner was willing to allow them to do this. But it wasn’t an academic conference if there wasn’t at least an implicit question in the title, because the essence of academia is debate, discussion, consideration of evidence and so forth. Further, without the presence, or space for, dissent, it couldn’t be regarded as a proper academic conference, and holding it on University premises didn’t make it so.

I found myself facing opposition (always polite: we are British, after all!) from some surprising people: people I would have expected to agree with my general position. Much of this opposition took the line of the right of academic freedom: academics should be able to say what they liked. My counter was that, in the UK at least, there is no absolute right to free speech: we have libel and slander laws, which put limits on what can be said. We also have laws against racial discrimination, sexual discrimination, and so forth, both  written and spoken and in and out of the workplace [there is no intent here to present myself as a lone voice – the dissident speaking “truth to power” – but who said what is not important here].

It took time, but eventually the idea that academic freedom isn’t an absolute was accepted.

The battle over one case study was the next major issue. All sorts of “proper” academic conferences people had attended with only one issue were raised. This was readily dealt with: China’s part in the rise of global warming would hardly confine itself to just the one case; any conference on the partition of India in 1947 must involve at least 3 groups: Indians, soon-to-be Pakistanis and the British.

The debate then moved on to my and other people’s further major problem: that with only one case, it couldn’t be a proper academic conference. By definition, academic conferences allow and expect debate citing more than one case. There was an attempt to argue that Israel was “unusual”: its Declaration of Independence was unilateral and it was born in blood and involved the expulsion of some former inhabitants of what became Israel. My counter was that the USA was born of a revolution, as was the Soviet Union and China: were these independences to be now brought into question? And, further, in all three cases, legitimate inhabitants of the lands were killed, sometimes not even opposing those seeking a new order.

I have to note that I never received a clear rebuttal of that point.

Eventually, the Southampton authorities cancelled the event, not least because it had become obvious this was a partisan event (of the papers to be presented, well over half were clearly anti-Israel and the keynote address was to be given by that paragon of anti-Israel sentiment Richard Falk).

You will notice that not once was antisemitism mentioned in the above nor was it, for the most part, by the commenters. However, there were a number of potential paper-givers of ex-Israeli origin and notoriously anti-Zionist bent. 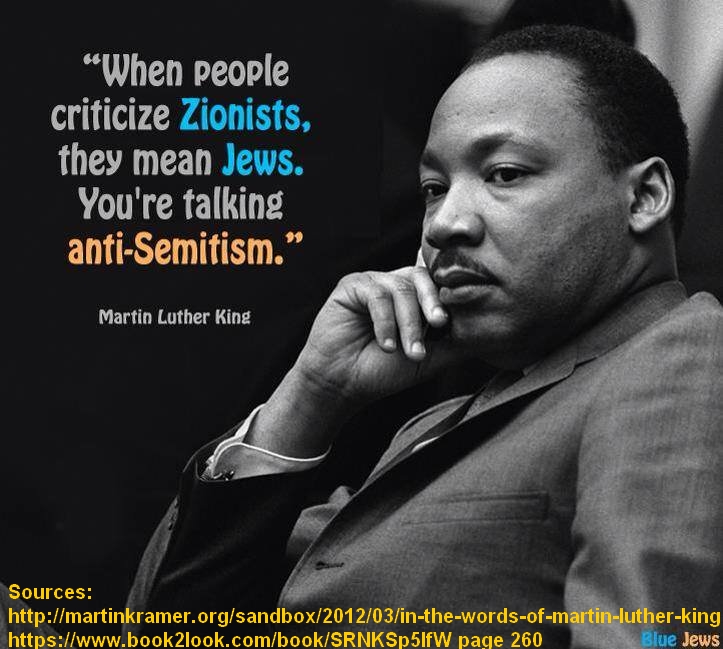 To round this section off, I must note that I had attended the Sunday before this controversy arose a one-day event sponsored by Stand By Israel. It was an unashamedly partisan event for the attendees to learn more about how to defend and promote their favourite foreign affairs topic: Israel. It was attended by a fair number of past and present academics, but no-one pretended it was an academic conference or other than I have stated.

All on its own, the paragraphs above illustrate one of the problems of both identifying and confronting antisemitism.

But we can drill further down into this issue and make it clearer in our own minds as to whether or not those who cause us problems are being, even unwittingly, antisemitic.

The acceptance of the International Holocaust Remembrance Alliance (IHRA) definition of antisemitism by a very broad group of countries and organisations within those countries (such as trade unions, political parties and trade unions) has very much helped in this process. The IHRA definition grew out of the EU Provisional Definition of Antisemitism and is, or can be, a powerful tool in clarifying these issues. For example, it is made abundantly clear in the IHRA definition that criticism of the actions of the Israeli government are not, per se, antisemitic. By definition, all governments are open to criticism (but sometimes not by their own citizens): they purport to be the arbiters of what is best for their citizens and if they are judged to be falling short of that, they are open to criticism. Just look at the newsstands in the UK, the USA, etc and, even more so, if one can read Hebrew, in Israel!

It is when Bibi, et al, (or any other Israeli politician) is criticised because he is the Prime Minister of Israel and not because of any particular policy or action he has (or they have) carried out that the suspicion of antisemitism might, legitimately, creep in.

I can perhaps illustrate what is meant here with the following (true) tale:

A senior academic at a prestigious UK University (and both shall remain anonymous. because this is an illustration, not an attack) made the following response when their institution was berated for the apparent intellectual hardship Jewish students had to face during the course of their studies there. It has been accepted that although this is true for other UK Universities, it appeared to be particular noticeable here.

The response was that:

“Attending X forces Jewish students to examine their Jewish identity and their relationship to Israel. They emerge stronger and better informed than their elders and peers.”

When this was first published, I responded, in part, as follows:

“Many people here will be aware that I am a retired H.E. lecturer, and I would have been (and still am) horrified that that students of any ethnicity and/or religion should be forced to examine their ethnic or religious identity, other than through a conscious choice of a course of study (voluntarily adopted) designed to do just that (perhaps a non-Marxist deliberately opting for a series of lectures & seminars by a noted Marxist scholar on just that topic).”

I chose that particular example of the Marxist scholar, because I was thinking of another institution and a different academic, who ran such a course and was, by repute, gentle with his non-Marxist students.

“On second thoughts, I’m more than horrified, I think that [the academic] is excusing X. If we revisit the sentence “Attending X forces Jewish students to examine their Jewish identity and their relationship to Israel. They emerge stronger and better informed than their elders and peers”, and substitute “female” or “black” or “Christian” or “Muslim” or “Hindu” for Jewish (and change “Israel” as appropriate), then, I suspect, we would all immediately be condemning X for allowing such a breach of faith between a higher education institution and its student body in this country.

It’s taken me quite a while to get here, and I hope that you’re still with me. What I am arguing is that if we come across an argument, statement or claim that we believe to be, to be polite, dubious, and especially given where we are, that it might be antisemitic, then my acid test has become: “what happens if we take out “Israel” or “the Jews” and substitute women, Black people, Christians or Moslems, or another country that might be seen as “objectionable”, would we be upset, outraged or even angry at the implied or actual prejudice and discrimination? If the answer is yes, then it’s antisemitic.

Brian, as ever I thank you for this very necessary and thought-provoking analysis of what constitutes antisemitism. For us Jews it is relatively easy to understand: we “know” it when we hear it or see it, it’s almost a subconscious instinct ingrained into our national psyche from centuries of persecution and discrimination. But when challenged, it is sometimes so hard to find the right words and the exact terms to explain to the speaker or author just what it is that is so objectionable. If they are acting in good faith they will be willing to listen and accept the terms of the IHRA. And if they are not, then they are an antisemite.