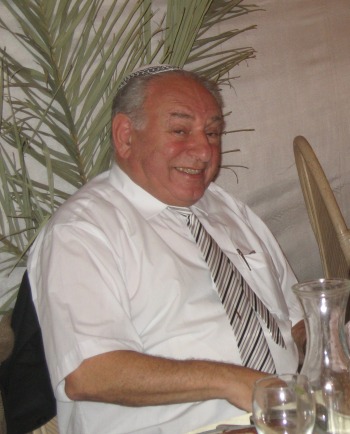 The first yahrzeit for my late father-in-law Menny Klausner fell on Shabbat 7th Tevet 5779, 15th December 2018. We went up to the Bet Olam in Segula on Friday morning where we had more than a minyan. We said the relevant pirkei Tehillim and my brother David Prager sang El Maleh Rachamim. Henry then said Kaddish.

The Matzeva of Menny Klausner z”l

On Motzaei Shabbat we held an azkara evening attended by over 50 people in Mekor Chaim shul hall in Petach Tikva.

After a lovely milky melave malka, Henry’s Auntie Toni Stern-Eder, Menny’s older sister, spoke about her “baby brother”. She spoke off the cuff for over 10 minutes, and was both moving and funny. She really was the piece de resistance of the evening!

Here are the recordings from the evening, (click the orange arrow to listen)  followed by a short video of Henry’s introduction and the video of Auntie Toni. 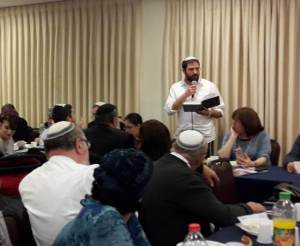 And here is Auntie Toni reminiscing about her baby brother Menny z”l:

May the neshama of my dear father-in-law z”l have an aliya and may he be a melitz yosher for all his children, grandchildren and great-grandchildren, and for all of Am Yisrael.