The chagim are finally over and it’s back to normal programming at last, so I’m happy to post my first “regular” Good News Friday installment for this year.

Since the latest news concerned the US withdrawal from UNESCO, signifying support for Israel, I thought it fitting to post a couple of items on the same subject.

Israellycool has a fantastic recording of an Australian reporter’s “life-changing visit to Israel”.  Just listen to Sydney Live Producer Zac McLean on his trip (click the orange arrow at the top left of the image below):

Kol hakavod to the Mr. McLean’s honesty and openness to hear different views, allowing him to receive a true picture of the reality in Israel. If only other journalists would follow his example. 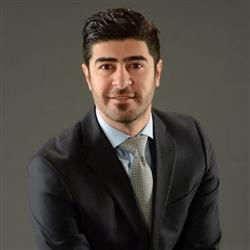 A similar report by a man who visited Israel with an open mind appeared in the Jerusalem Post in August, but I have only just now got around to posting this. It is an extraordinary account by Diliman Abdulkader, an Iraqi Kurd who came to Israel curious to find out about the hostility expressed towards Israel. He was honest enough to describe “Israel: It is not what you see on TV”:

My first interaction with an Israeli was with a taxi driver driving me to my hotel. His conversations were animated, his politics realistic. He said he doesn’t care what religion one believes in, he just wants to live in peace. I tested the waters and told him I was Kurdish and he was very excited.

His eyes lit up and he immediately called for establishing a Kurdistan without my prodding. “That was easy,” I said to myself.

My time in Tel Aviv was brief, a little over a week. But what the city offered was unprecedented to me, especially in the Middle East. It is modern, filled will young Israelis enjoying life at the beaches, nightlife spots, restaurants. It is also historical and diverse. I witnessed Muslims and Jews intermingling, mosques calling for prayer, Arab families enjoying their time together on the beaches after breaking their fast. No one bothered others; everyone minded their own business. I tried hard to discover instances of negative interactions between the two peoples, but they even smoked hookah together at the local café.

I thought that maybe Tel Aviv is in its own little bubble, distant from the reality we witness every day in the media, so together with my class, we took a bus ride to Jerusalem.

I was excited, having heard so much about the ancient city – from the time when the Kurdish sultan Saladin Ayubi conquered the Old City from the Crusaders to the current Arab-Israeli conflict.

After a short ride, we checked into our dorms and got a tour of Hebrew University, where we would be studying for the rest of the trip. Hebrew University has a beautiful campus situated on a hill overlooking the Old City. Without having any knowledge of the school, I assumed there would be only Israelis studying there, but again I was wrong. Young college students included Jews, Muslims, women with and without headscarves all together at this institution. I was still struggling to find the picture that the Arab world and the mainstream media have painted.

Throughout my time in Jerusalem I had the opportunity to speak with locals and elected officials, Arabs and Israelis at cafés, restaurants, bars, in the Muslim quarter, the Knesset, the shuk (outdoor bazaar) and so on. My interactions with Palestinians took place in the Muslim quarter, at the local restaurants and tea houses – all men, as talking with the women was looked down upon.

I also visited the walls built around the Palestinian territories.

My feelings were mixed, but having personally experienced war and refugee camps from Arab governments, Syrian President Bashar Assad and former Iraqi leader Saddam Hussein, a Palestinian ally, I thought although it is not the ideal solution for either side – safety and security are better than terrorism.

One conversation that would stick with me was with a uniformed IDF soldier in his early 20s. I approached him while he was sitting alone having lunch, and began to slowly move past small talk. He was proud to serve his nation and was ready to defend it both literally and verbally.

He wasn’t a “tough guy,” he simply loved his nation.

He mentioned although it is mandatory for him to serve in the IDF, he would have done it regardless. He was also curious where I was from. When I replied Kurdistan, he shook his head in sadness, acknowledging that we are without a state and thanked me for our people fighting ISIS in Syria and Iraq.

Read it all. What a wonderful description of Israel this is. Kol hakavod to Diliman Abdulkader on his open-mindedness, his curiosity, his honesty and above all his courage in visiting Israel and writing about his experience.

In the diplomatic sphere, a delegation of 27 parliamentarians from around the world came to visit Kever Rachel, Rachel’s Tomb, over Sukkot, and they expressed unreserved support for Israel and its presence in all of Judea and Samaria (via Reality). In the words of Repulican Representative for South Carolina, Alan Clemmons, “A Jew cannot be an illegal occupier in Judea“:

Clemmons is taking part in the 6th annual Israel Allies Foundation Jerusalem Chairman’s Conference, which focuses on the 50th anniversary of the liberation and unification of Jerusalem and on instituting a new definition of anti-Semitism to include Anti-Zionism, in countries around the world.

Clemmons has attained world-wide attention due to his particularly unabashed support for Israel’s “right and duty to determine the destiny of her own God-given lands in Judea, Samaria and eastern Jerusalem without pressure from the United States.”

“We believe that Jerusalem is the eternal capital of Israel, and we call for moving the American embassy to Israel. We believe that’s the right thing to do and, as a Republican, that’s part of our Republican platform. We look forward to that eventuality occurring under President Trump,” he stressed.

“Some would call this ‘the West Bank,’” said Clemmons regarding Judea and Samaria, “but in reality this is the heartland of Israel. This is where Israel in ancient times first came when they entered into the Promised Land.”

He rejected the notion that Israel could be described as an “occupier” in Judea and Samaria.

“Jews are here in their homeland,” he stressed. “This is the Jewish homeland and we are standing in the heartland of the Jewish world. There have been periods of forced separation, but for the last 100 years there was an effort to return the land of Israel to its rightful owner, the rightful owner reflected back in the oldest deed known to mankind. That deed is recorded in the Bible. A deed from God to Abraham, of this land upon which we’re standing as an eternal inheritance for the people of Israel.”

Watch Rep. Clemmons as he expresses his support for Israel:

Kol hakavod to Mr. Clemmons and all the other politicians who were courageous enough to accompany him on this visit of support to Israel. May their important message spread far and wide, and may others learn from their example.

May all these messages of support for Israel and the Jewish people be the harbinger of much more good news in the coming year.

And on this note I wish you all Shabbat Shalom!