Ken Livingstone resigns from Labour, letting Corbyn off the hook 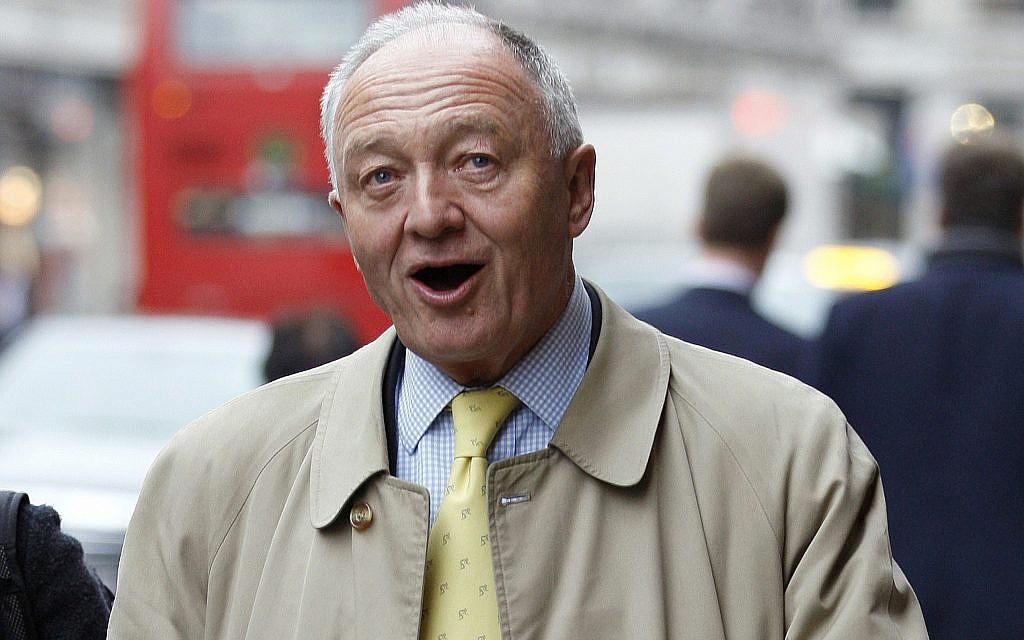 Former London Mayor “Red” Ken Livingstone has had his name immortalized as the chief proponent of the “Livingstone formulation“,as described by David Hirsh:

It is a means of refusing to engage with an accusation of antisemitism; instead it reflects back an indignant counter-accusation, that the accuser is taking part in a conspiracy to silence political speech.

The key elements of the Livingstone Formulation are as follows:

Livingstone will also be remembered forever for claiming that Hitler was a Zionist until he went mad, and rather than recant this insane allegation, has been repeating it ever since.

Even today he was still unbelievably doubling down on his insane views of Hitler as a supporter of Zionism!

One last hurrah for Ken (well, almost certainly not) – he has been on LBC this morning explaining how Hitler supported Zionists. More interesting is Theo Usherwood’s scoop that, in his evidence to his disciplinary hearing, Ken revealed that he was so close to Corbyn’s office that Seumas Milne [Labour’s far-left Director of Communications and Corbyn’s spin doctor -Ed.] even wrote his tweets. He coordinated with Milne on his media appearances and, when the anti-Semitism row blew up, Seumas never told him to stop saying Hitler on the TV.

There is an audio clip of his radio interview at the link.

So it is with great joy and relief that we learned that Livingstone has resigned from the UK Labour Party.(h/t HDK).  He said he did it for the sake of the party, and that his (antisemitic) views had become “a distraction” which contributed to the party’s sorry showing in the local elections last month:

Ken Livingstone has announced that he is resigning from the Labour Party, saying the issues around his suspension for alleged anti-Semitism had become a “distraction”.

Labour leader Jeremy Corbyn said the former Mayor of London’s resignation from the party was “sad” but “the right thing to do”.

In a statement, Mr Livingstone, who was suspended in 2016 for claiming Hitler supported Zionism in the 1930s, said he was leaving with “great sadness”.

He said that he continued to reject the allegation that he had brought the party into disrepute and insisted he was in no way guilty of anti-Semitism.

“After much consideration, I have decided to resign from the Labour Party,” he said.

“The ongoing issues around my suspension from the Labour Party have become a distraction from the key political issue of our time – which is to replace a Tory government overseeing falling living standards and spiralling poverty, while starving our schools and the NHS of the vital resources they need.”

Labour leader Jeremy Corbyn said: “Ken Livingstone’s resignation is sad after such a long and vital contribution to London and progressive politics, but was the right thing to do.”

We can all breathe a sigh of relief and say “about time too!”. But in truth it is not completely good news. The Jewish community and their supporters, including all decent people who oppose antisemitism, have been demanding of Labour leader Jeremy Corbyn for years to fire Livingstone and expel him from the party. But Corbyn held back from doing so for any number of reasons: either he is constitutionally incapable of seeing antisemitism even when it is in front of his eyes, and despite claiming to detest antisemitism; or because he was reluctant as a personal friend; or most likely because by not expelling Livingstone, he is free at any point in the future bring him back into the party.

Guido Fawkes made the following remarks about Ken’s resignation:

“Ken Livingstone’s resignation is sad after such a long and vital contribution to London and progressive politics, but was the right thing to do.”

Sad? Did he want him to stay?

“I’m relieved that Ken Livingstone has resigned from the Labour Party but why had it taken so long and why didn’t Corbyn deal with this months ago?
“Livingstone’s repeatedly offensive comments should have been dealt with ages ago.

If Jeremy Corbyn and the Labour Party were serious about tackling anti-Semitic racism within the party they would have kicked out Livingstone two years ago.

All Jeremy Corbyn could muster was that it was sad that Ken had chosen to go.

“When will Corbyn take proper action and ensure labour members and activists who express racist views are given the boot. Enough is enough.”

Indeed. There are several others who are in agreement:

I think if Jeremy Corbyn ever wins an election Ken Livingstone will be welcomed back.

Ken forced out is worse than being booted out. Much worse. No signal sent. Lab not forced to choose. Not forced to really look at its nasty face in the mirror. He's getting away with it. Like Labour will.

And, it’s just occured to me, by stopping the disciplinary process, if Ken Livingstone wants to come back tomorrow, entirely hypothetically of course, he can come back without a stain on his character, as far as his Labour CLP are concerned. https://t.co/DPzmFchVfc

Even the Guardian, not known for its pro-Zionist leanings, slammed Livingstone for his petulant farewell:

Ken Livingstone is not enormously sorry. That much seems evident from his resignation statement, a classic of the “if anyone was offended by my perfectly reasonable behaviour, then … ” genre. Even now, he can’t seem to grasp why repeatedly insisting that Hitler was a Zionist was so damaging to his party and to his own reputation. …

For this recalcitrant resignation is the worst of all worlds. Livingstone has clearly been forced out, with all the behind-the-scenes bitterness that entails. But Jeremy Corbyn wasn’t seen to do the forcing, leaving Jewish voters still wondering how he feels about it deep down; the Labour leader said only that it was “the right thing to do” and that the whole affair was “sad”. This departure leaves too many unanswered questions – including, it must be said, for TV bookers, who kept putting the 72-year-old Livingstone on screen even when he’d become a grim standing joke, every appearance a countdown to the first mention of Hitler. They knew he was likely to repeat something offensive, yet for no good reason beyond ratings kept wheeling the dancing bear out to say it.

Expelling the former mayor was one of few points of agreement between mainstream Jewish bodies like the Board of Deputies of British Jews and Jewdas, the leftwing, anti-establishment grouping which famously hosted Corbyn at Passover.

Except he hasn’t been expelled. He’s jumped before being pushed, insisting he isn’t an antisemite but doesn’t want to become a “distraction” – even though he’s arguably been a distraction ever since his suspension two years ago, and if he was really worried about that then the answer was either to quit before the local elections or more straightforwardly to apologise and shut up about Hitler. Instead he clung stubbornly to what even now he grandly calls a “historical argument”, rather than an eccentric and offensive theory based on a misreading of history.

The Times of Israel lists all of Livingstone’s malicious anti-Israel and anti-Jewish statements over the decades, but here too the author wonders if he isn’t having the last laugh on the Jewish community with his mate Jeremy Corbyn at the head of the Labour Party.

Labour, and British politics, are well rid of him. Now the only problem is waiting to see if – or how long it will be until – he will be allowed back into the party.

We also need to see how long, if ever, it will take Corbyn and the party to get rid of all the other antisemites embedded within Labour. Ken Livingstone was simply the loudest and maddest of all of them. In a way he had become such a joke figure that he lost his danger. The others are much worse.

6 Responses to Ken Livingstone resigns from Labour, letting Corbyn off the hook