Today is not a regular Friday. It is Erev Tisha B’Av, and although we do not mourn on Shabbat (thus the fast is put off until Sunday), we are still carrying on in a more minor key than usual. Add to this the tragic news of a terrorist murder and the death of a remarkable, inspirational woman who fought cancer for 7 years, and I feel it’s not the time for a regular Good News Friday.

Yesterday we woke to the awful news that Dvir Sorek Hy’d, a 19 year old yeshiva student who had just enlisted in the hesder program of the IDF (which combines military service with yeshiva studies), was found stabbed to death in Gush Etzion, not far from his yeshiva. 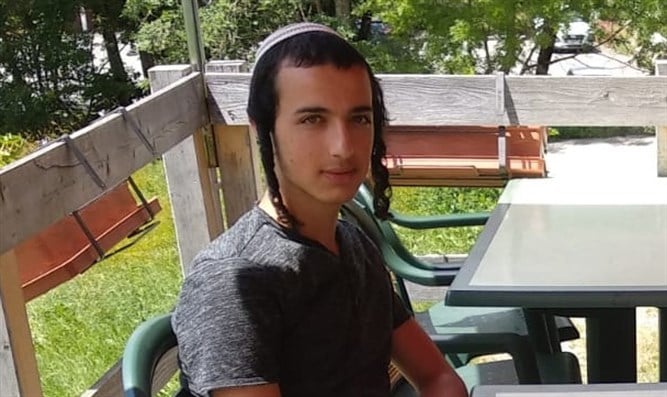 The body of a yeshiva student was found early Thursday morning, with stab marks on his body, near the community of Migdal Oz in Gush Etzion.

IDF Spokesman Ronen Manelis said that a report was received during the night about an 18-year-old man who had not been heard from since the evening. Troops who were called to the scene discovered his body not far from Migdal Oz.

The student is a resident of the town of Ofra and a student in a yeshiva in Migdal Oz, in a period of unpaid service but is defined as an IDF soldier.

Adding to the family’s tragedy, Dvir was a grandson of Rabbi Binyamin Herling who was himself murdered almost 20 years ago on Mt. Eval near the Tomb of Yosef.

Jack Engelhard writes a beautiful hesped in Arutz Sheva, describing how Israelis react to terrorist slayings like this, saying “Suddenly he becomes your son“:

Suddenly, he becomes your son

Of the thousands who came for the burial of Dvir Sorek, 18 going on 19 in a few days, it is doubtful that all of them knew him personally.

But that’s how it is in Israel. When something like this happens, suddenly he becomes your son. Everybody knows a kid like him, has a kid like him, loves a kid like him, and that is why it is personal, after all, and hurts so much. The terrorists who did this always choose the best among us, and they did it again.

What was Dvir carrying when they accosted him near Efrat in Gush Etzion? No weapon – but books. He was carrying books.

He was returning from Jerusalem with books for his teachers at the Torah academy Ohr Mahanayim Yeshiva where he was a beloved student.

Books, naturally, from the son of a journalist, and the grandson of a rabbi – his first teachers.

How much more of this? Always David’s lament to Jonathan comes to mind – “I am distressed for you, my brother, Jonathan…your love to me was wonderful…”

They do their handiwork well, the terrorists. Was it the books that offended them? They have no use for books.

To them, perhaps, books are indeed a weapon. They made us great.

For us, books are the source of life – the one book, the Torah, the presence that towers over our very existence, and it was in Torah that Dvir excelled. His rabbis attest to this.

His fellow students attest to this as well and to his warmth and fellowship.

The Torah made Dvir powerful, as it makes all of Israel powerful — and this they cannot abide, and so they are tasked, and incited, and paid, to kill.

Dvir was also attached to the IDF, as part of a program that combines Yeshiva study with military service.

He was therefore dutiful to both tribes, of Issachar and Zevulun—a weight, we learn, he carried cheerfully.

So many in Israel are like him, like Dvir, and yet Dvir can never be duplicated or replaced.

He represented the heart and soul of Israel…the world’s one and only Jewish State, for which he too was one of a kind.

What a terrible loss for his family and a tragic loss for his friends and the Jewish people. May his memory be for a blessing and may Hashem avenge his blood. May his family be comforted among the mourners of Zion and Jerusalem.

Piling tragedy upon tragedy, Ahava Emunah Lange, the beloved wife of Dave Lange, the founder of the excellent Israellycool website, passed away after a 7 year battle with cancer.

Ahava Emunah was an exceptionally inspirational woman. I never had the privilege of meeting her and yet she influenced me to be a better person, to have more faith in Hashem, and never to give up in the face of adversity. She was a very gifted writer and blogged at her own blog, at Hevria, and on her Facebook page as well as many other media outlets.

She stirred us to do more mitzvot, to pray for her, to be kinder to one another, and just to be better people. Her Sisyphean fight with cancer helped us put our own troubles into perspective.

She was a devoted mother to 5 young children and a loving wife to her husband who fought her battles side by side with her.

Her death is a huge loss to the Jewish people as well as to her family. May her memory be for a blessing, may Ahava Emunah be a melitzat yosher for us, and may her family be comforted among the mourners of Zion and Jerusalem.

Here is a lovely video with words of comfort and inspiration from Britain’s Chief Rabbi Efraim Mirvis:

The former UK Chief Rabbi Jonathan Sacks also brings us some very moviing words for this Shabbat. He talks about teachers being the heroes of the Jewish People, and seeing how teachers inspired young Dvir Sorek Hy’d, and how Ahava Emunah herself motivated so many people through her own teachings and writings, this post is very apt:

In Deuteronomy, a new word enters the biblical vocabulary: the verb l-m-d, meaning to learn or teach. The verb does not appear even once in Genesis, Exodus, Leviticus, or Numbers. In Deuteronomy it appears seventeen times.

There was nothing like this concern for universal education elsewhere in the ancient world. Jews became the people whose heroes were teachers, whose citadels were schools, and whose passion was study and the life of the mind.

Moses’ end-of-life transformation is one of the most inspiring in all of religious history. In that one act, he liberated his career from tragedy. He became a leader not for his time only but for all time. His body did not accompany his people as they entered the land, but his teachings did. His sons did not succeed him, but his disciples did. He may have felt that he had not changed his people in his lifetime, but in the full perspective of history, he changed them more than any leader has ever changed any people, turning them into the people of the book and the nation who built not ziggurats or pyramids but schools and houses of study.

The poet Shelley famously said, “Poets are the unacknowledged legislators of the world.” In truth, though, it is not poets but teachers who shape society, handing on the legacy of the past to those who build the future. That insight sustained Judaism for longer than any other civilisation, and it began with Moses in the last month of his life.

May we merit to see the full Geula (Redemption) speedily in our days.

Wishing you all a quiet peaceful and safe Shabbat, and for those fasting on Sunday I wish you an easy and meaningful fast.