Posted on 8 November 2019 by anneinpt

It’s time for another mad-rush Good News Friday post before Shabbat once again.

An Israeli team has discovered the gene that causes cardiac arrhythmia: (via Reality):

A team of researchers at Ben-Gurion University is en route to discovering medical therapy to treat atrial fibrillation (AF) that occurs at rest, relaxation or sleep.

AF is a type of arrhythmia or abnormal/irregular heart rhythm, explained Prof. Amos Katz, dean of the Faculty of Health Sciences at BGU. It occurs when electrical impulses fire off from different places in the top chambers of the heart (atria), in a disorganized way.

In general, although AF is common, its causes are not fully known and that makes the present treatments only partially effective, a release by the university said. But genetic studies started by Katz on three generations of a Jewish family of Iranian descent have identified a previously unknown mechanism for the disease: a genetic mutation. 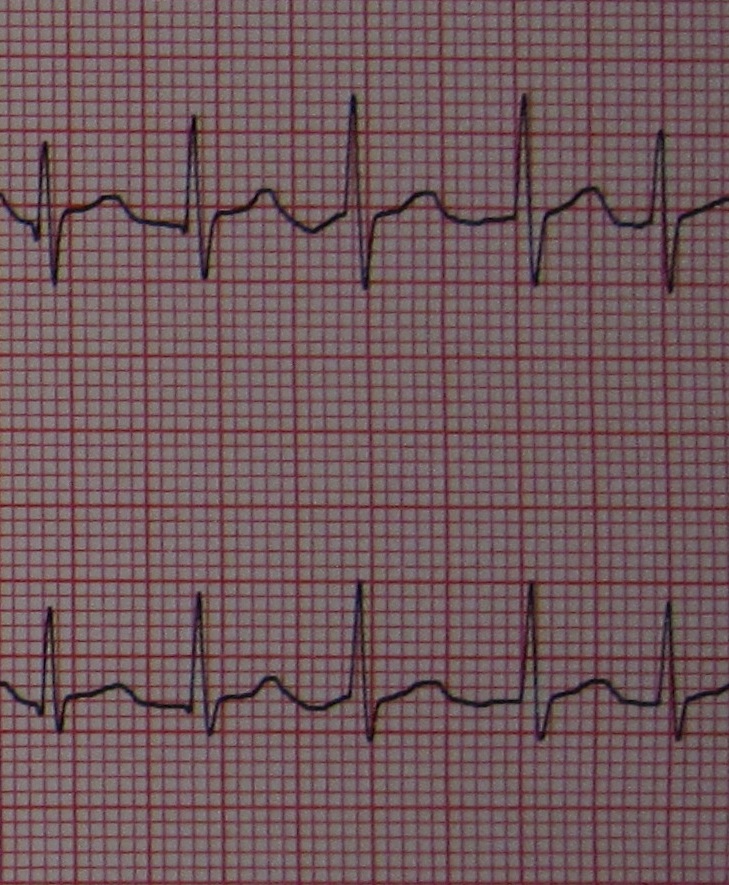 Katz began treating the family grandmother many years ago for night-time AF. Then he started seeing her male and female children, and finally their offspring. He told The Jerusalem Post that generally AF affects older people, between the ages of 60 and 80. But in this family, members of the family were experiencing night-time AF at ages as young as 20.

“I saw that it was a situation of autosomal dominance,” Katz said – a pattern of inheritance characteristic of some genetic diseases. “About 50% of the family members had the ailment.

The family agreed to be tested and monitored by Prof. Ohad Birk’s research group at the Morris Kahn Laboratory of Human Genetics at BGU and Soroka University Medical Center’s Genetic Institute and its Naomi Fisher-Bartnoff Genetic Counseling Unit, through which the gene was discovered.

Max Drabkin, an MD-PhD student in Birk’s lab, discovered the gene and showed that the abnormal electrical activity associated with its mutation was caused by excessive activity of the ion channel encoded by this gene, Birk said.

Now, the research team, within the National Institute for Biotechnology in the Negev (NIBN) and the Faculty of Health Sciences on BGU’s campus, is in the preliminary stages of developing an anti-arrhythmia medication, based on the findings.

This is a brilliant discovery. Having seen atrial fibrillation in two family members (though not necessarily at night) it is a very scary occurrence. If this ailment can be treated it would change the lives of thousands of patients. Kol hakavod to Prof. Amos Katz and his team of researchers. I hope their research is successful!

Another excellent Israeli invention is a device that can “sniff” out deadly food allergens in 30 seconds:

Food allergies are serious business. In the United States alone, 32 million people suffer from allergies from a variety of foods, with peanuts being the most common. This results in some 300,000 emergency visits a year – a new visit every three minutes. The U.S. Centers for Disease Control and Prevention says that 6% of children under the age of 18 have food allergies, an increase of more than 50% in the last decade alone. Worldwide, around 250 million people have food allergies.

What’s needed is a fast and inexpensive way to scan one’s surroundings such as a plane, a school classroom or, when dining out, a plate of food served in a restaurant, for potentially fatal allergic triggers. That’s what an Israeli startup, Allerguard, is doing.

The company is developing a small device, the size of a TV or air-conditioner remote control, that acts as a kind of virtual nose, sniffing the environment for specific allergens. 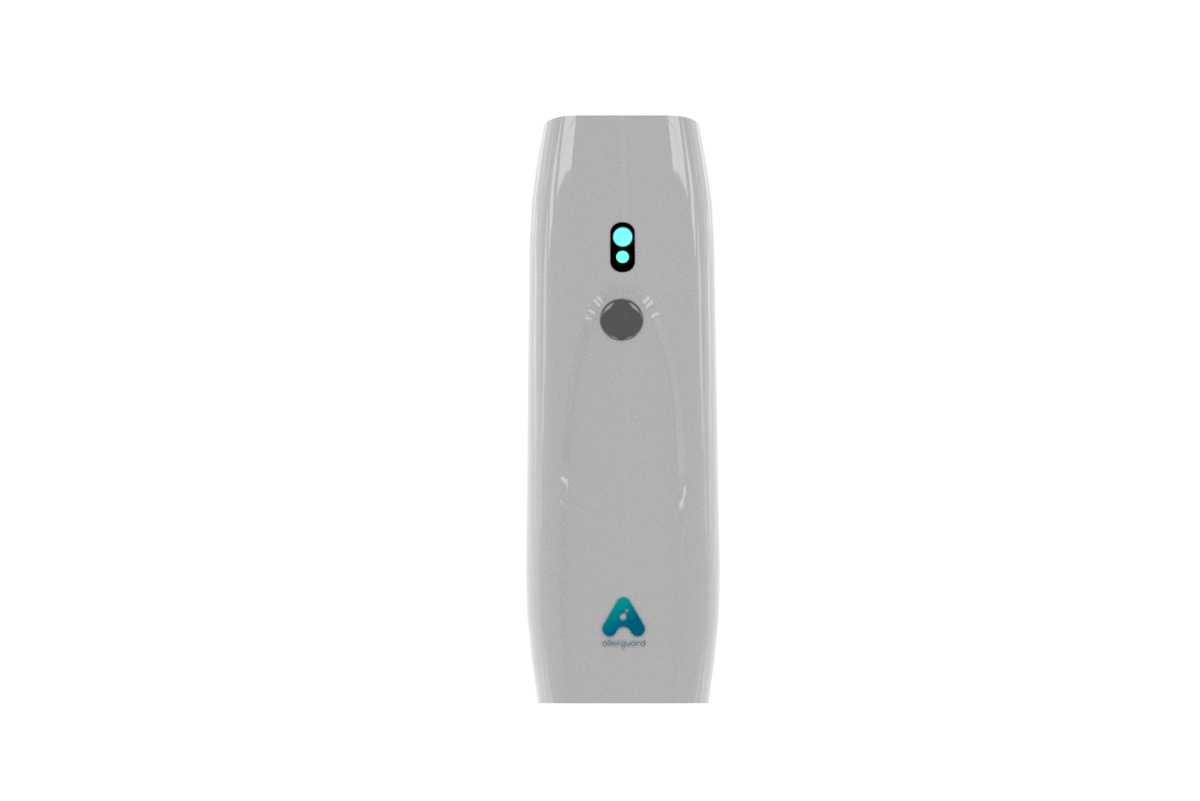 That’s a very different approach than Allerguard’s main competition, Nima, which requires that users take a sample of solid food and insert it into Nima’s portable device.

“If you’re in a restaurant with your friends sitting next to you, it’s embarrassing to mess around with your food,” Allerguard CEO Shai Hershkovich tells ISRAEL21c. That’s especially true for teenagers. “We needed to invent something that people with food allergies will actually use. The user experience must be very good. Innovation by itself will not work.”

The reason Nima needs a physical sample is that it is running its chemical analysis on the proteins in the food, which are solids. Allerguard, by contrast, “smells” a dish, scanning for allergens in a gaseous form. “Allerguard analyzes the scent of the food, then alerts the user when a specific chemical signature is detected,” Hershkovich explains.

This gives Allerguard another important advantage: it can analyze an entire plate of food. “If there is only a tiny crumb of peanut, a few drops of soy sauce or a small number of sesame seeds, the chance of a physical sample detecting it is less than one percent,” Hershkovich says. “It’s like Russian Roulette,” playing with a food allergy sufferer’s life.

Allerguard’s device is meant to be waved over a plate of food; it delivers results (indicated by a green or red light) in 30 seconds. The design will have to be hip enough for even the most trend-sensitive teenager to use. “It’s a medical device, but we don’t want the user to be labeled as someone with a problem,” Hershkovich explains. “Well brand it as a fashion item.”

An Israeli competitor, SensoGenic, is in beta testing and aims to have a working product by 2022. Another scanner, SCiO from Hod Hasharon-based Consumer Physics works in an entirely different way, using light waves to analyze the chemical properties of everything from food to pharmaceuticals. After an initial consumer push, the company has since pivoted to providing spectroscopy solutions for business customers.

Hershkovich envisions Allerguard going beyond questions of life, death and the ER. It’s about allowing a person with food allergies to feel normal. Parents of children with food allergies share stories about restaurants refusing to serve them. “They don’t want to get sued,” Hershkovitz explains.

On other occasions, children with allergies can be excluded from parties, events or trips. “Think about how that child feels,” says Hershkovich.

Kol hakavod to Shai Hershkovich and his Allerguard device. Kudos too to the developers of SensoGenic. All these brilliant inventions, intended to save and improve the lives of people all over the world, emerging from the minds and hands of dedicated Israeli scientists give us good reason to be proud!

And one last piece of good news: The Jewish female astronaut posted beautiful photos of Israel that she took from space as she paid tribute to her late father:

ewish astronaut Jessica Meir, who made history last month as one half of the first all-female spacewalking team, on Friday posted pictures of Israel snapped from space with a caption saying the country was part of her father’s journey.

“My father’s globe spanning journey as a surgeon from the Middle East, to Europe, and eventually to the U.S. was an inspiration to many in my immediate and extended family. #TheJourney,” Meir wrote.

Meir’s late father was born in 1925 in Baghdad, and in 1931 the whole family left Iraq as a result of anti-Semitism and settled in pre-state Israel.

My father's globe spanning journey as a surgeon from the Middle East, to Europe, and eventually to the U.S. was an inspiration to many in my immediate and extended family. #TheJourney pic.twitter.com/wBN1Iz7O5O

President Reuven Rivlin, in a tweet Sunday morning, responded to Meir’s post: “Dear Jessica, that you for taking us with you on your space voyage. We are proud of you and send warm regards from Israel.”

What a beautiful tribute! Kol hakavod to Jessica Meir and her historic all-female team of astronauts. She is an inspiration to girls everywhere and gives us Jews a great boost of nachas!

Wishing you all Shabbat Shalom, a safe, peaceful and quiet Shabbat.