Last night Israel carried out a targeted assassination on the leader of Islamic Jihad in Gaza. The pinpoint operation killed the terrorist and his wife. There was another mysterious attack in Syria in which the son of another terrorist leader was killed, but Israel is keeping shtum about that attack, not admitting or denying anything.

Regarding the killing of Baha Abu-Al Ata, the Times of Israel reports:

At approximately 4 a.m. Tuesday, Israeli Air Force jets fired precision ammunition at a building in the Shejaiya area of Gaza City where Abu al-Ata was staying, killing him, in a joint operation by the IDF and Shin Bet security service. A woman was also killed and two other people were injured in the strike, according to the Hamas-run Gaza health ministry.

According to the IDF, Abu al-Ata was planning to carry out rocket attacks and other terrorist activities against Israel and was also directly responsible for several cases of rocket fire over the past six months.

“We know that he was behind most and almost all of the PIJ’s attacks against Israel going back to the 25 of August, including before Memorial Day,” Conricus said, referring to several cases of rocket strikes.

The military said it had sent a number of warnings to Abu al-Ata — through unidentified mediators — to call off his operations, but they went unheeded.

“We tried to send a message to Abu al-Ata and the Palestinian Islamic Jihad that we are aware of his actions and to persuade him to stop these attacks. Obviously, these warnings were not successful,” said IDF spokesman Jonathan Conricus.

Conricus said the assassination did not signify “a return to previous policies of what has been termed in the media ‘targeted killings.’”

The army spokesman said the military saw its chance on Tuesday morning when Abu al-Ata was relatively isolated and the risk to civilians was less.

“The missiles were fired from fighter jets with the intention of not bringing down the entire building, but just the floor where he was located,” Conricus said. 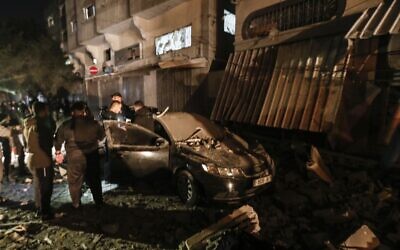 He said he was aware of the reports of additional casualties in the strike, but could not comment on the matter.

Conricus said the military did not believe that Abu al-Ata was acting on the orders of Iran, which backs the PIJ, but was “more a local terrorist who acted unchecked.”

The 42-year-old chief of Islamic Jihad’s Al Quds Brigades’ Gaza Strip branch was considered one of the most radical terrorists in Gaza – even within Islamic Jihad – Abu Al-Ata was seen as a rising force within the Hamas-ruled coastal enclave, due in part to his close ties with Tehran, and the decline in Hamas’ popularity in Gaza.

Under Abu Al-Ata’s watch, Islamic Jihad in Gaza has undertaken to obtain longer-range, more powerful rockets for its attacks on southern – and even central Israel.

A string of rocket attacks on Israel this year have been attributed to Islamic Jihad’s Al Quds Brigades – and Abu al-Ata.

Shortly after the operation which killed Abu Al-Ata and his wife, the IDF said that the Islamic Jihad terrorist was responsible for hundreds of terror attacks, adding that another one was imminent.

“Al Ata was directly responsible for hundreds of terror attacks against Israeli civilians and soldiers. His next attack was imminent.”

Along with rocket attacks, Abu al-Ata was also responsible for a number of other terror attacks against Israeli targets, including sniper attacks on Israeli soldiers and the use of drone aircraft armed with explosive devices.

The IDF believes Abu al-Ata to have been personally responsible for planning and ordering the majority of all terror attacks on Israel over the past 12 months.

Anyone with half a brain could have predicted what would come next: a massive barrage of rockets on southern Israel, which then extended to more southern areas of central Israel such as Ashdod and Yavne, and which eventually targeted Tel Aviv and Holon:

The Israel Defense Forces on Tuesday ordered schools closed in southern and central Israel, including the Tel Aviv metropolitan area, as terror groups in the Gaza Strip began firing dozens of rockets at cities and towns throughout the country in retaliation for the assassination of Palestinian Islamic Jihad senior commander Baha Abu al-Ata.

“We are prepared for several days of battle with an aerial defense shield, including in the center of the country,” IDF spokesperson Hidai Zilberman told reporters Tuesday morning.

Approximately 50 rockets and mortar shells were fired from the Gaza Strip at central and southern Israel on Tuesday as of 9:10 a.m., according to the IDF. Soldiers operating the Iron Dome missile defense system shot down 20 of those incoming projectiles, the military said.

As of 10 a.m. Tuesday, a 35-year-old man was lightly injured by rocket fire outside the town of Gan Yavne, and six were brought to the hospital with injuries sustained while running to bomb shelters or with panic attacks. An 8-year-old girl was also in serious condition in the Tel Aviv suburb of Holon after she lost consciousness suddenly during the rocket attack at 8 a.m. It was not immediately clear if her collapse was caused by the attack.

The IDF Home Front Command ordered all schools and non-essential businesses closed in the following areas: the Gaza periphery; the Lachish region; the western Negev; the central Negev; and the Shfela region. The IDF also forbade gatherings of more than 100 people. 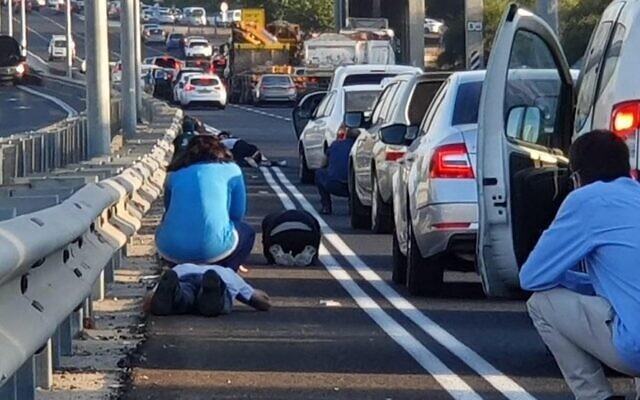 Schools were also closed in the Dan region, including Tel Aviv, and in the Yarkon region. Businesses were temporarily ordered shut there as well, but were allowed to reopen on Tuesday morning, providing there was a bomb shelter nearby, the military said. In the Dan and Yarkon regions, the IDF forbade all public gatherings of more than 300 people.

It was the first time that the IDF ordered a closure of schools and businesses in the Tel Aviv metropolitan area since the 2014 Gaza war, known in Israel as Operation Protective Edge.

As of this writing my brother who lives in Modiin was in his bomb shelter with his 4 children, and my daughter who lives in a community nearby was at home in her basement apartment (itself forming a shelter) with her daughter whose day-care was closed.

Watch this miracle in action, as a rocket hits a big intersection on a major highway, Route 4, near Gan Yavne, which would barely qualify as “south”. One man was lightly injured in the blast. It chills the blood to think what might have been:

Here is the same video, taken from the perspective of the videocam of a bus driver on the spot:

🚨🚨BREAKING VIDEO: Rocket from Gaza directly hits a road in Gan Yavne. Moments of impact were captured by a camera on a bus. #IsraelUnderAttack #IsraelUnderFire pic.twitter.com/6GcnPdo0Oy

Here are some photos and videos of the results of the rocket fire which “only” caused property damage and mild injuries (no one mentions the psychological damage caused by these rockets): 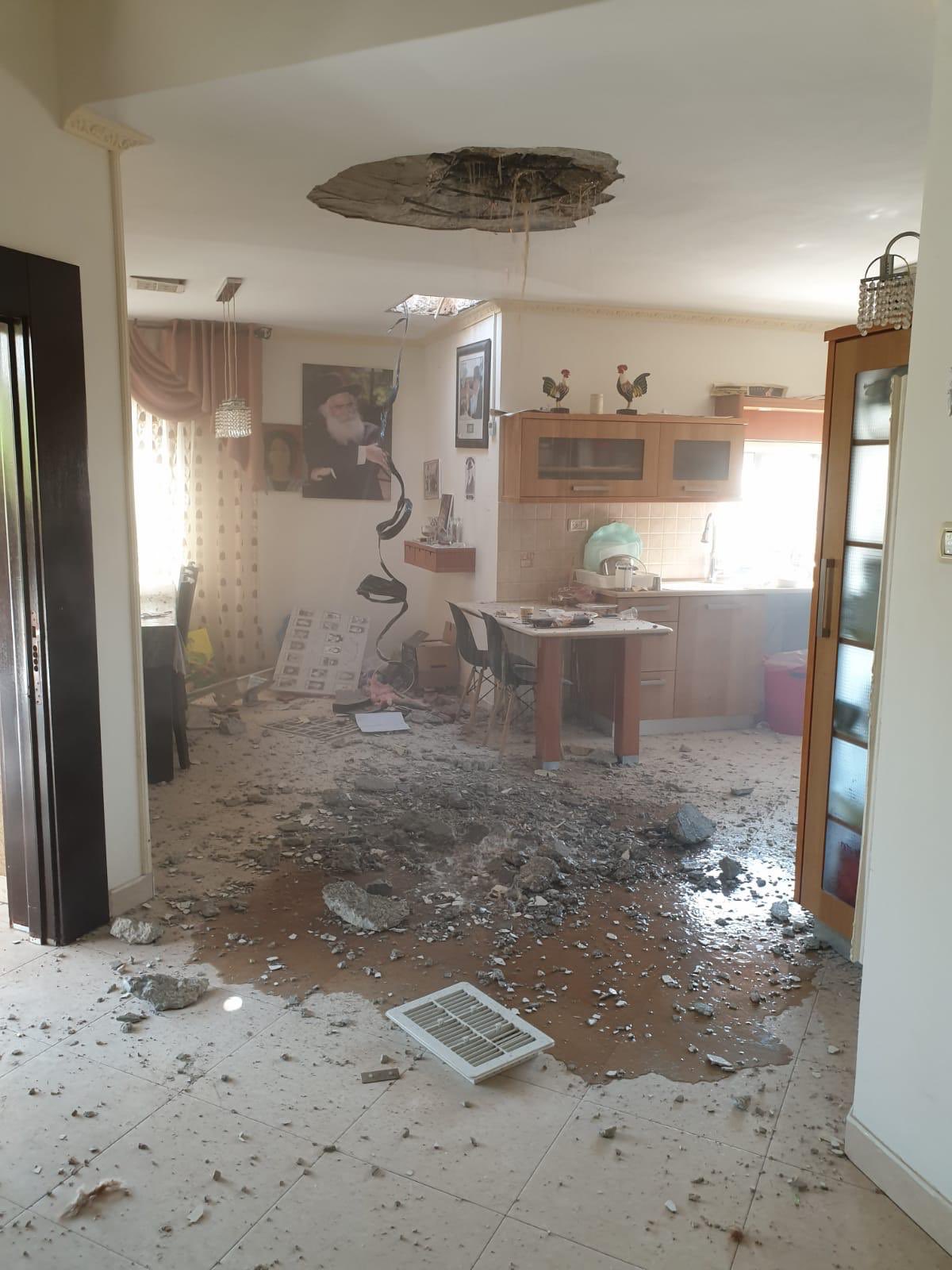 Another 15 alerts while I composed this. pic.twitter.com/cpzM7VTlle

Stay tuned with the Times of Israel liveblog.  It’s going to be interesting (in the Chinese curse figure of speech) for a while.

I wonder if anything will change now that Naftali Bennett has been appointed Defence Minister (as of Friday afternoon). Maybe he will (finally) take a stronger stance against the terrorists in Gaza instead of constantly appeasing them and even giving in to their extortion with injections of cash, free fuel and electricity.