Tisha B’Av, the 9th day of Av began last night at sundown and finishing at sundown tonight. Tisha Be’Av is the saddest day in the Jewish calendar. As I wrote in a previous Tisha Be’Av post:

You can read a chronology of the major events leading up to the Churban (the destruction of the Temples and Jerusalem) at the link.

Fallen stones from the Temple’s retaining wall which were pushed or fell onto the street below at the time of the Destruction, still in place after nearly 2,000 years

Even though we are now privileged to live in the reborn State of Israel, under Jewish Israeli sovereign rule, free to worship as we please and to live as Jews free in our land, there are still plenty of reasons for us to mourn the as-yet unfulfilled Geula (Redemption), and while we are certainly witnessing the “footsteps of Redemption” we are not quite there yet.

Ascending Har Habayit, the Temple Mount, the Jewish nation’s holiest site, is still problematic and requires coordination with the police, the Muslim Waqf and others. This absurd and outrageous situation is gradually improving, as more and more Jews are allowed to visit their holiest site – but still not allowed to pray! Today hundreds of worshippers ascended the Har Habayit despite the restrictions of corona:

In case anyone should need a reminder of the Jews’ historic, millenia-long connection to Jerusalem, an incredible new archeological discovery was recently made: a huge government complex from the time of the First Temple in the Kingdom of Judah, was uncovered, ironically near to the American Embassy:

One of the largest collections of royal Kingdom of Judah seal impressions has been uncovered at a massive First Temple-period public tax collection and storage complex being excavated near the new United States Embassy in Jerusalem. The main Iron Age structure is exceptional in terms of both its size and architectural style, said Israel Antiquities Authority archaeologist Neri Sapir, who co-directed the excavation. 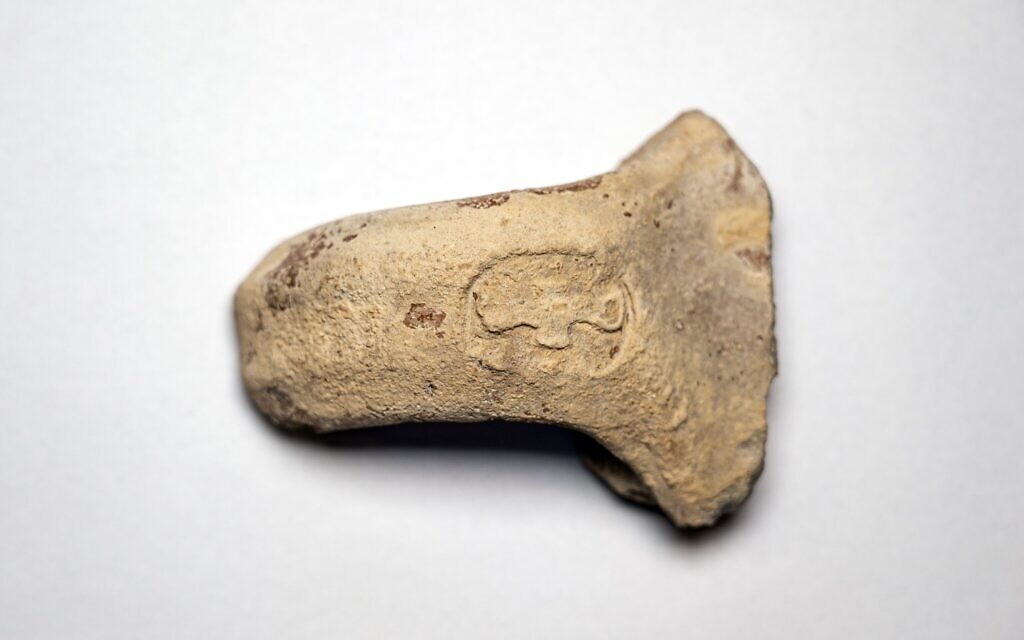 Uncovered only three kilometers (1.8 mile) outside the Old City, the compound is believed by Israel Antiquities Authority archaeologists to have served as an administrative center during the reigns of Judean kings Hezekiah and Menashe (8th century to the middle of the 7th century BCE).

Over 120 jar handles stamped 2,700 years ago with ancient Hebrew script seal impressions were discovered at the site, clearly indicating the location’s use as a storage and tax center, according to an IAA press release Wednesday. Prevalent among the stamped inscriptions is “LMLK,” “LamMeLeKh,” or “Belonging to the King,” a way of marking that the foodstuffs stored in the jars had been tithed to the Judean ruler.

While perhaps not all citizens participated in idol worship, taxes were assured — as illustrated by the LMLK handles and other archaeological evidence. According to the archaeologists’ discoveries, taxes in the form of agricultural produce such as wine and olive oil were collected in an orderly manner.

“The site once dominated large agricultural plots and orchards of olive trees and grape vines which included agricultural industrial facilities such as winepresses for winemaking,” said the archaeologists.

Read the rest of this fascinating story at the link.

While history unfolds underground, above ground we are still in corona-mode. The blogger Real Jerusalem Streets posted a few photos of what the Kotel looked like last night, with prayer areas re-arranged for the constraints of corona.

In normal years I sometimes find it hard to connect to Tisha B’Av. After all, we live in a thriving, bustling, democratic powerhouse. How can we mourn what was lost 2,000 years ago when it seems that we have returned? And yet this year, one little invisible virus has turned the world upside down, and seeing the half-empty streets, the almost empty synagogues (with only 10 people allowed inside and 20 outside), not to mention the destroyed economy and social unrest seething barely beneath the surface, suddenly our world is not so safe and secure any more. Now more than ever I feel we are in G-d’s hands.

May this be the last year that we have to fast on Tisha B’Av, may Hashem redeem us not only from this pandemic but also from the infighting and baseless hatred that threatens us all.