Another week with its troubles has gone by and thank goodness it’s Friday, as we welcome in both Shabbat and a new month, so it’s time for another Good News Friday installment.

Research at the Weizmann Institute of Science has uncovered a molecule in newborn hearts that appears to control the renewal process. When injected into adult mouse hearts injured by heart attacks, this molecule, called Agrin, seems to “unlock” that renewal process and enable heart muscle repair. These findings are already pointing to new directions for research on restoring the function of damaged hearts.

Prof. Eldad Tzahor, who led the study with Elad Bassat, Alex Genzelinakh and other team members in the Weizmann Institute’s Molecular Cell Biology Department, explains that following a heart attack in humans, the healing process is long and inefficient. Once damaged, muscle cells are replaced by scar tissue, which is incapable of contracting and thus cannot participate in pumping. This, in turn, leads to further stress on the remaining muscle and eventual heart failure.

The team carried out clinical trials on mice, and then progressed to humans cells:

“Clearly this molecule sets a chain of events in motion” he says. “We discovered that it attaches to a previously unstudied receptor on the heart muscle cells, and this binding takes the cells back to a slightly less mature state – closer to that of the embryo – and releases signals that may, among other things, initiate cell division.”

The team then proved that Agrin has a similar effect on human heart cells grown in culture.

What a fantastic finding! If Agrin can be developed to be used fully on humans think how many lives could be saved or improved. Kol hakavod to all the research team at Weizmann on their discovery.

Since we’re talking about hearts, here is an incredible, only-in-Israel story: A heart surgeon, who changed direction and became an El Al airline pilot (!), saved the life of a passenger during a flight, and then returned to the cockpit to land the plane!

An El Al pilot who decided to undergo retraining after years of working as heart surgeon, on Sunday saved the life of a female passenger on his plane en route from Ben-Gurion Airport to Bucharest, Romania, Ynet reported. 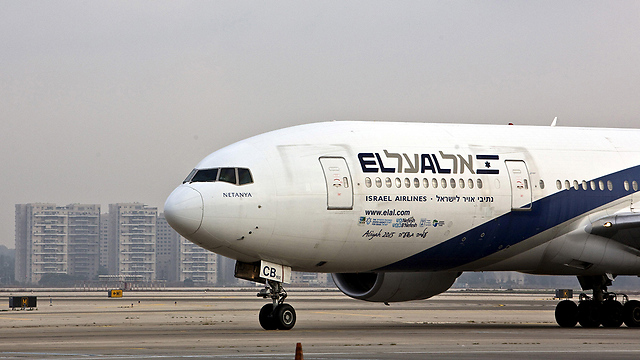 The pilot, who was the only doctor on the plane, took care of the ailing woman in the aisle, in plain sight of the other passengers, before returning to the cockpit to land the plane. The flight Captain replaced the bi-professional pilot while he was caring for the passenger.

“50 minutes before landing, I got a phone call from the flight service manager about a passenger who wasn’t feeling well,” the pilot told Ynet. “She seemed relatively fine to her, nevertheless it was decided to move her to business class so she would have more space. At that point, I reminded the captain that I was also a doctor and told the flight attendant to let me know if the passenger’s condition was getting worse.”

“Fifteen minutes before we started descending, the flight attendant called and said the passenger looked really bad and was having a hard time breathing. I told her I was coming over and, indeed, saw a woman who was in a poor state of consciousness, probably the fatigue phase after experiencing a heart attack.”

The pilot asked the crew to bring him the medical kit and began treating the passenger with medication. “Her condition improved gradually, she said that because of the pressure of the coming flight she forgot to take her pills,” he said.

Five minutes before landing, the pilot returned to the El Al cockpit to land the Boeing plane alongside the Captain. The passenger’s condition improved with medication, so much so that there was no need to even call for an airport ambulance.

What a brilliant story! Talk about Superman 🙂  Kol hakavod to the doctor pilot whose name is not being published for some reason. He deserves a medal for keeping cool under extremely difficult circumstances and bringing in a whole plane safely while saving a life. Refuah shlema too to the ailing passenger.

And now a complete change of pace. Dave Sharma, the outgoing Australian Ambassador to Israel, made a brilliant video where he gives “advice” about Israel to the incoming Ambassador. It is both hilarious and true (well, almost 😀   ) about Israel’s character. Watch and giggle:

Farewell Ambassador Sharma! You were a huge success in Israel and we wish you much more on your next job. I hope the incoming ambassador will be just as successful and have as good a sense of humour!

And one last beautiful item before Shabbat. Here is a fantastic video celebrating 50 years of Israeli sovereignty in the Golan (via Hadassah). I’m afraid there are no subtitles wither in Hebrew or English. (I will update as and when I find them). The Hebrew speakers should be able to make out most of the lyrics, the melody is from an Israeli popular song. The English speakers can enjoy the spectacular scenery and community spirit that went into the creation of this video:

And with this uplifting and joyous note I wish you all Shabbat Shalom and Chodesh Tov!