South Africa wilts in its water crisis due to BDS

South Africa is experiencing one of its worst droughts ever. The city of Cape Town is nearing “Day Zero”, when it will run out of water altogether, and severe water rationing will then come into effect. Israel has offered its help with its renowned water conservation technology – but for South Africa, hating Jews is more important than helping its own people.

Cape Town, South Africa, has designated July 9 “Day Zero.” That’s when water taps throughout the city are expected to go dry, marking the culmination of a three-year drought. South African officials aren’t responsible for the lack of rain, but inept management and a devotion to anti-Israel ideology needlessly made the situation worse. 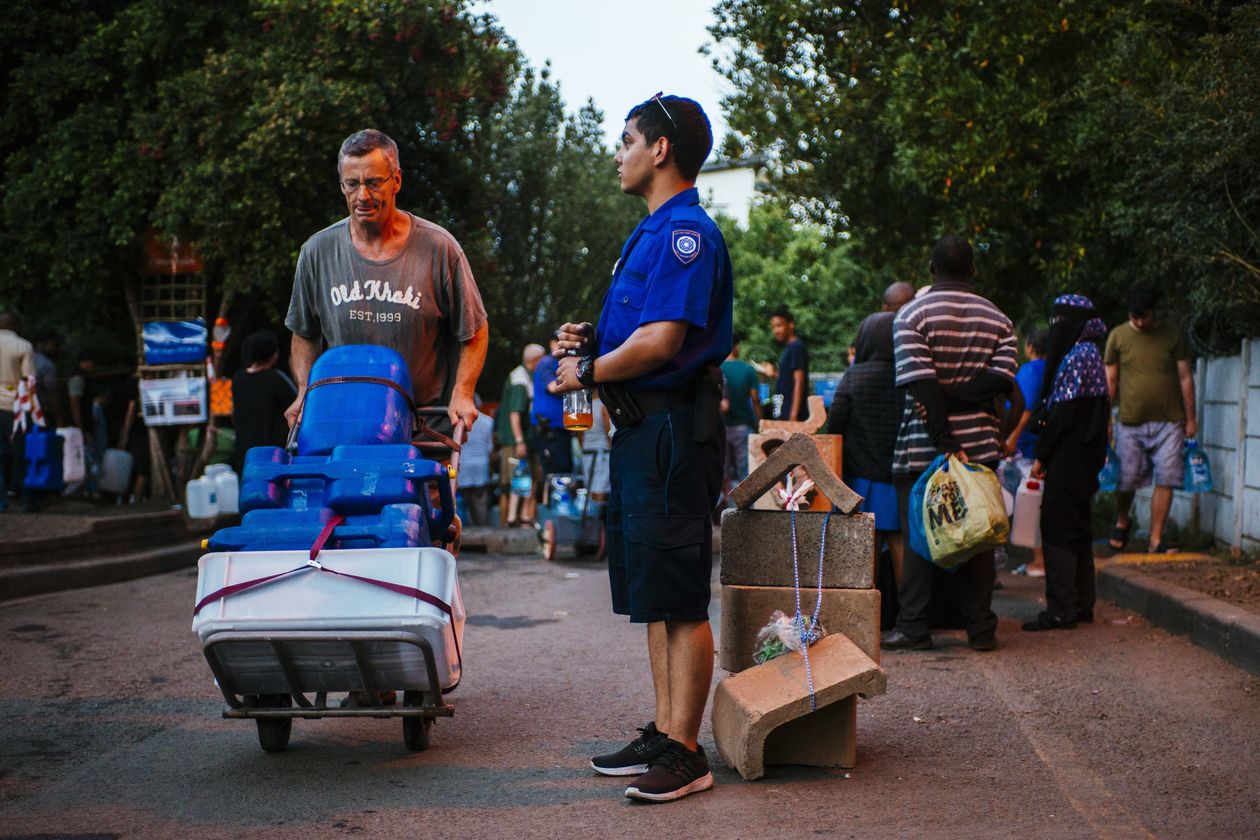 Even before Israel declared statehood in 1948, its leaders focused on water security as closely as they did military preparedness. Mostly desert, Israel would need adequate water to thrive. In the decades since, the country has developed an apolitical, technocratic form of water governance.

Conservation is taught from kindergarten. Market pricing of water encourages everyone to waste nothing. Sensitive prices have driven innovation. Israelis helped create desalination, drip irrigation and the specialized reuse of treated wastewater in agriculture. Although Israel is in the fifth year of a drought, today its citizens can reliably count on abundant water.

Cape Town is another story. Its reservoirs began receding more than two years ago. This problem turned into a crisis because of subsidy-distorted water pricing, inefficient irrigation, and a lack of desalination facilities and a long-term plan. In 2016 officials from Israel’s Foreign Ministry recognized the problem and alerted national, provincial and local governments in South Africa. Israel has trained water technicians in more than 100 countries, and it offered to bring in desalination experts to help South Africa.

The leadership of South Africa’s dominant political party, the African National Congress, aligns itself with the Palestinian cause. Although the two countries have diplomatic ties, South Africa under the ANC has refused to develop warm relations with Israel. This antagonism goes back to the 1960s, when current Palestinian Authority President Mahmoud Abbas lived in Moscow with exiled ANC leaders, and Yasser Arafat often visited. Students and leaders of the two movements were supported by the Soviet Union, and they shared revolutionary aspirations.

Even more confounding, the South Africans turned to Iran for help. In April 2016, when there was still enough time for a smart plan to make a difference, South Africa’s water minister visited Tehran. She brought home a memorandum of understanding in which Iran agreed to help develop South Africa’s water infrastructure.

Unlike Israel, Iran is not known for its water-management expertise.

Two months after the South African water minister’s Iran trip, Israel brought a team of water professionals to Cape Town. Neither the mayor, also strongly hostile to Israel, nor any senior municipal official would see them.

If the South Africans are snubbing the Israelis out of solidarity with the Palestinians, they might want to consider this: The Palestinian Authority has worked with Israel on a range of water projects since 1995.

Why does South Africa feel compelled to be so anti-Israel? The question has no rational answer.

The question has a very rational answer: Antisemitism.

But the governing body of Cape Town sides with the Palestinians. That makes Israelis the enemy. And that allowed hatred to trump sanity and enmity to prefer calamity over offered salvation.

Harry Emerson Fosdick put it well when he famously said, “Hating people is like burning down your own house to get rid of a rat.”

Thanks to the growing influence of the increasing Muslim population and the leadership of the pro-jihad President Jacob Zuma aligned with the BDS, South Africans rejoiced at their ability to “tell off the Israelis” and to deny Israel the ability to claim credit for any humanitarian aid.

It is hard to imagine how much joy there must be today for a people to know that soon they are destined to helplessly watch their citizens die of thirst rather than accept aid from “those accursed Jews.”

It is a story of tragedy in South Africa – but it is more than that as well. It is a paradigm of the conflict between the world and the Jews, between the Arabs and the Israelis, between those consumed by a hatred and those anxious to extend a hand of help and of friendship to even the bitterest of enemies.

The issue was also addressed by former MK Dov Lipman:

Former Yesh Atid MK Dov Lipman, who today is director of public diplomacy in the vice chairman’s office at the WZO, said that if the BDS claim of responsibility for the conference’s cancellations is correct, it shows that “Israel can do no right” in South Africa.

“In a conference that can help South Africa, they are willing to hurt themselves to avoid having an Israeli involved,” he said.

I disagree with his suggestion that Israel needs a “more nuanced approach to Israel advocacy”. My attitude is that if they do not wish Israeli help, let them stew in their own juice. Or in their own drought in this case. It is not up to Israel to beg nations to deign to accept our help. If they do not wish to be helped by Israel there are plenty of others who gladly welcome our assistance.

Watch these short videos to understand:

WATCH: South Africa is facing a major water crisis. One country – a water superpower – can help. Care to guess who?

Sadly for now, South Africa refuses to accept any help from #Israel pic.twitter.com/B6Zf5wkzlY

“The South African government is intending to cut diplomatic ties with Israel in protest of its treatment of the Palestinian people, the country’s Science and Technology Minister Naledi Pandor announced yesterday.

Pandor informed parliamentarians of the government’s resolution during a ten-hour joint debate on South African President Cyril Ramaphosa’s State of the Nation Address (SONA) that he delivered last week.

“The majority party has agreed, that government must cut diplomatic ties with Israel, given the absence of genuine initiatives by Israel to secure lasting peace and a viable two-state solution that includes full freedom and democracy for the Palestinian people,” she said.

The comments were made in response to opposition leader Kenneth Meshoe, who had argued that it was disappointing that national and provincial authorities in South Africa had refused help from Israeli companies to address the country’s current water crisis.

However, the proposal was applauded by parliamentarians and Pandor, who is expected to be appointed vice president in Ramaphosa’s new Cabinet, was given a standing ovation as she left the podium.”

ANC madness. It prefers lies and terrorists to the only liberal democracy in the ME where people of all colours and religions live side by side.

I have quoted my old high school headmaster Dr. Grunfeld before, and I will quote him again. One of the axioms he taught us was השנאה מקלקלת את השורה – hatred causes one to “not think straight”.

I can’t think of a better example of this than South Africa.