Israel unites in grief around the murder of a tiny baby

Following on from my previous post, we received the heart-breaking news this evening that Shira and Amichai’s baby has died.The baby was born 10 weeks early by emergency Caesarean after his mother Shira was shot in the stomach and seriously injured at Ofra junction in Samaria.Her husband Amichai was moderately injured. Thank G-d Shira has begun to improve from her terrible injuries, but heart-breakingly, her baby did not survive, and passed away after a struggling for 4 days.

He was given the name Amiad Yisrael – meaning “My people Israel forever” – before he was buried. Hundreds accompanied this tiny baby – born and died two months before he should ever have emerged into this world – on his final journey to his resting place on Har Hazeitim (the Mt. of Olives).

All of Israel grieves tonight with Shira and Amichai Ish-Ran, as their precious baby is laid to rest on the Mount of Olives.

May the family of Amiad Israel, named at his funeral, be comforted among the mourners of Zion and of Jerusalem. pic.twitter.com/XjwuXLs6e4

Hundreds of people attended the baby’s funeral on a cold, dark rainy night in Jerusalem:

Some 300 hundred people crowded around the fresh gravesite on the Mount of Olives, overlooking Jerusalem’s Old City, using umbrellas to shield the baby’s tiny body, wrapped in a prayer shawl and smaller than a shoe box, from the steadily falling rain. 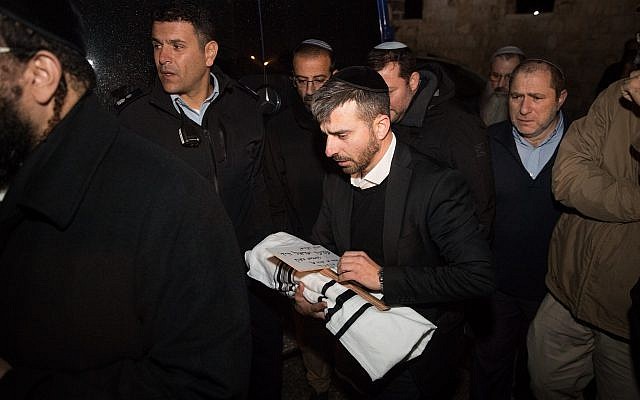 Baby Amiad Yisrael Ish-Ran, murdered in his mother’s womb by terrorists outside Ofra, in the arms of a relative at the funeral

Barely able to speak between sobs, grandfather Refael Ish-Ran said despite the baby’s short life, few people had “managed to unite the nation of Israel” like he had.

“You brought so much light. And with all the light that you brought, we will extinguish their darkness,” he said in his eulogy.

The baby’s parents, Shira and Amichai Ish-Ran, were both recovering from gunshot wounds at the hospital and unable to attend the funeral. Shira, who was 30 weeks pregnant at the time of the shooting, was seriously wounded in the shooting, but doctors said Wednesday her condition was improving.

Shortly before the burial, the baby was named Amiad Yisrael. The parents had only been able to visit the baby on Wednesday morning.

In my previous post I stated that the UN failure to condemn Hamas led directly to this latest murder. While I was being slightly hyperbolic, Hamas confirmed my argument when they claimed credit for the attack and praised the shooter, calling him a “heroic martyr”.

Well, that heroic martyr was very much a dead martyr as of tonight. In very welcome news, tonight the IDF captured the terrorist cell that carried out the Ofra shooting,  killing one of the terrorists during the arrest. What a shame that they were not all killed, but maybe the IDF will be able to gain some useful intelligence from the others.

Those terrorists deserve the death penalty for cold-blooded murder.  Make no mistake. Baby Amiad Yisrael Hy’d was murdered by terrorists. He didn’t simply “die”, and not only because he was a preemie. He was murdered while still in his mother’s womb because his parents were standing in a place that the terrorists didn’t approve of – the town of Ofra which is beyond an imaginary Green Line that the Palestinians don’t accept in any case, for the simple reason that they don’t accept Israel inside any borders. Cowardly terrorists driving past the bus stop saw a pregnant woman and targeted her stomach with the specific aim of murdering “two for one”. They almost succeeded but thank G-d Shira is now recovering from her terrible injuries.

But the terrorists and their enablers – the Palestinian Authority, other Arab or Muslim nations, the UN, the EU and multiple do-gooding NGOs who funnel funds to them enabling them to continue their depraved “pay for slay” policy – none of them will prevail in their malicious aim to drive the Jews out of Israel. No amount of terrorism, intimidation or delegitimization will succeed because Israel, this beloved country of ours, is our historic G-d-given land, we have legitimately bought the rights to this land (sometimes several times over), and we will continue to build, to thrive and to live life to its fullest extent as we continue this newest chapter in Jewish history and preserve it for future generations.

May baby Amiad Yisrael Hy’d’s memory be for a blessing. May Hashem avenge his blood and may his parents find comfort in the unity that Am Yisrael found while praying for the baby’s recovery.

May they know no more sorrow.

May the pure sweet soul of baby Amiad Yisrael Hy’d be a melitz yosher for Israel and  the Jewish People.