Operation Northern Shield, in which the IDF uncovered and destroyed 6 Hezbollah tunnels from Lebanon into Israel, was declared a success by the IDF a few days ago, although some people felt it was a premature announcement.

But success or not, the Iranians in Syria are not going to let a good opportunity go to waste and launched a missile at the civilian area of the Golan Heights – constituting a war crime by any standards.

You can hear the photographer shouting “I can’t believe I just filmed that!”. It’s what makes life in Israel interesting…

In response to this unprovoked attack, the IDF launched several air strikes against Iranian targets in Syria:

In retaliation for the Syrian missile launch yesterday at the Mt. Hermon ski resort in the Golan, Israel has attacked Damascus with precision rockets… https://t.co/qR3D3uKh2d

The IDF destroyed several Iranian military targets in Syria in their airstrikes:

IDF fighter jets struck Iranian and Syrian military targets, air defense batteries and Quds Forces positions throughout Syria in the predawn hours of Monday, in response to the firing of a missile a day earlier toward the Golan Heights.
The IDF said that the missile had been fired by Iranian forces in Syria with the intention of hitting the northern Golan. The missile was intercepted by the Iron Dome.
The IDF attack targeted military targets belonging to Iran’s Quds Force in Syria, including weapons storage sites, a site at Damascus International Airport, an Iranian intelligence site, and an Iranian training camp. 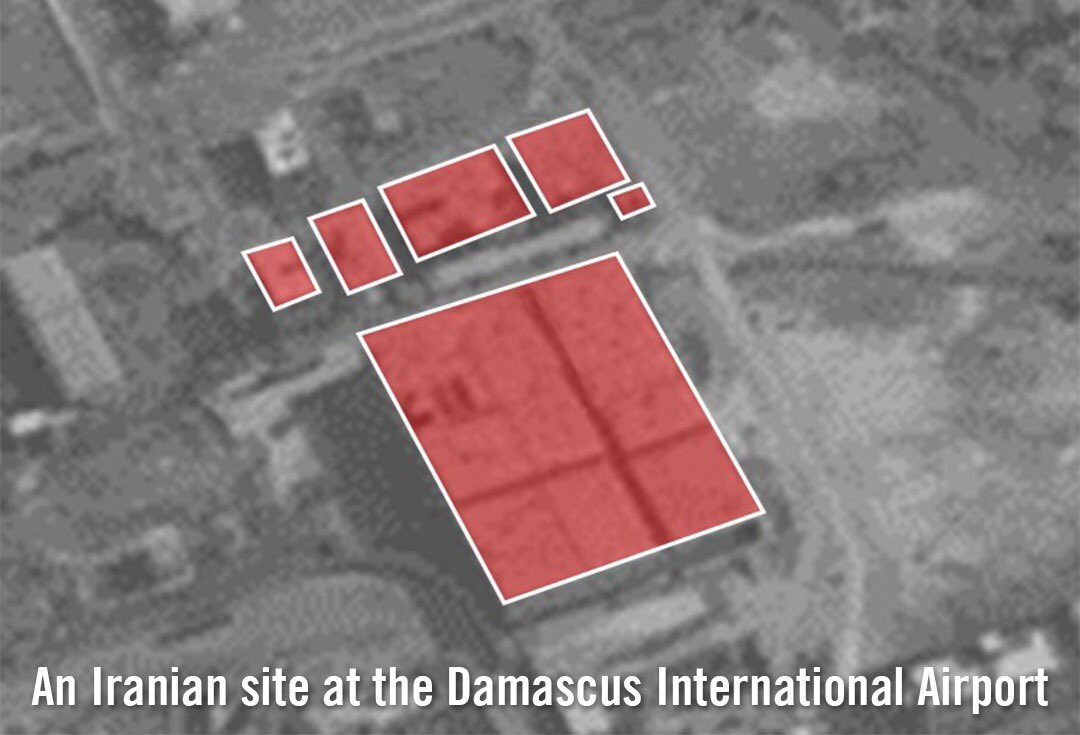 During the attack, dozens of Syrian surface-to-air missiles were fired. In response, several Syrian air defense batteries were attacked.

Watch the video below of the IAF airstrikes:

During our strike, dozens of Syrian surface-to-air missiles were launched, despite clear warnings to avoid such fire. In response, we also targeted several of the Syrian Armed Forces' aerial defense batteries. pic.twitter.com/rHxJqqpI9n

“The Iranian attack on Israeli territory yesterday is yet another clear proof of the intention behind the attempts to establish Iran in Syria and the danger they pose to the State of Israel and regional stability,” the IDF said. “The IDF will continue to act decisively and firmly against the Iranian establishment in Syria.”
The IDF Spokesperson’s Office said the Syrian regime is responsible for what is happening in its territory and warned it not to act or to allow other actors in the country to take further action against Israel.
“The IDF is ready and alert for a variety of scenarios and will continue to act as necessary to ensure the safety of Israeli citizens,” read the IDF statement.
…

With the presence of Iranian and Hezbollah forces, Israel’s northern front has become the IDF’s number one priority with former IDF Chief of Staff Lt.-Gen. (res.) Gadi Eisenkot admitting that Israel has carried out hundreds of strikes against Iranian targets in Syria.

Israel “operated under a certain threshold until two-and-a-half years ago,” when he got “unanimous consent” from the government to change the rules of the game and dropped some 2,000 missiles against Iranian and Hezbollah targets in 2018 alone, he said.

Prime Minister Benjamin Netanyahu said last week that Israel conducted airstrikes on Iranian weapons near Damascus airport on January 13 and Russia warned Israel against further strikes near the airport. Syria is therefore on high alert for any potential airstrikes.

Nevertheless, daytime strikes by Israel against targets in the war-torn country are extremely rare with the IAF operating during the night.

Someone in the IDF with a sense of humour engaged in some cheeky trolling of the Iranians with this tweet:

Iran, you seem to be lost. Here: pic.twitter.com/ByrDyUjWDr

The action in the north didn’t stop after all this. Last night shots were fired across the border at IDF soldiers near the border fence. Thankfully no one was hurt.

With all the attention focused on the north, we must not lose sight of the fact that the southern border with Gaza too is not exactly quiet. The violent Friday riots (aka the March of Return) are still continuing with thousands of Palestinians attempting to breach the border and invade Israel. Earlier this week we saw a miraculous event when an IDF soldier was shot in his helmet – but the bullet did not penetrate and the soldier was only lightly wounded, thank G-d.

The soldier who was lightly wounded when he was shot by a terrorist from Gaza narrowly escaped death during the incident.

The IDF revealed that the bullet struck the officer’s helmet but did not penetrate it, saving his life.

He was evacuated to the hospital with light injuries.

Shortly before the shooting, terrorists broke through the security fence, sabotaged military equipment, and returned to the Gaza Strip. The IDF responded by firing tank shells at the Hamas position.

An IDF spokesperson stated: “An IDF tank attacked an observation post belonging to the Hamas terrorist organization after an IDF officer was lightly injured in a disturbance in the southern Gaza Strip, which included the throwing of stones at IDF forces. The circumstances of the injury are under investigation.”

The IDF later released an additional statement: “Following the earlier investigation, a preliminary investigation revealed that during a riot involving stone throwing, a terrorist opened fire at IDF soldiers, one of whom was lightly injured and was evacuated to the hospital.”

In the light of the uptick in violent activity on both borders, with Syria threatening to bomb Ben Gurion Airport in retaliation for the IAF attacks on Damascus Airport, not to mention the always-present terrorism in Judea and Samaria which are in central Israel, an Iron Dome battery was deployed yesterday in Gush Dan, the Tel Aviv region:

The Iron Dome missile system was deployed yesterday in Gush Dan in light of security tensions on the Syrian and Gaza borders.

Regarding Iranian backing, Amidror said, “In the Middle East, the countries usually talk very high, but once it comes to support, one doesn’t help the other. There are few cases where an organization or state has come to help another country out of commitment alone. The Iranians in Syria have no ability to back the Syrians. This is what we’re fighting for and what we want to prevent.”

Gen. Amidror is a clear-headed thinker. Let us hope he is right in his assessments.