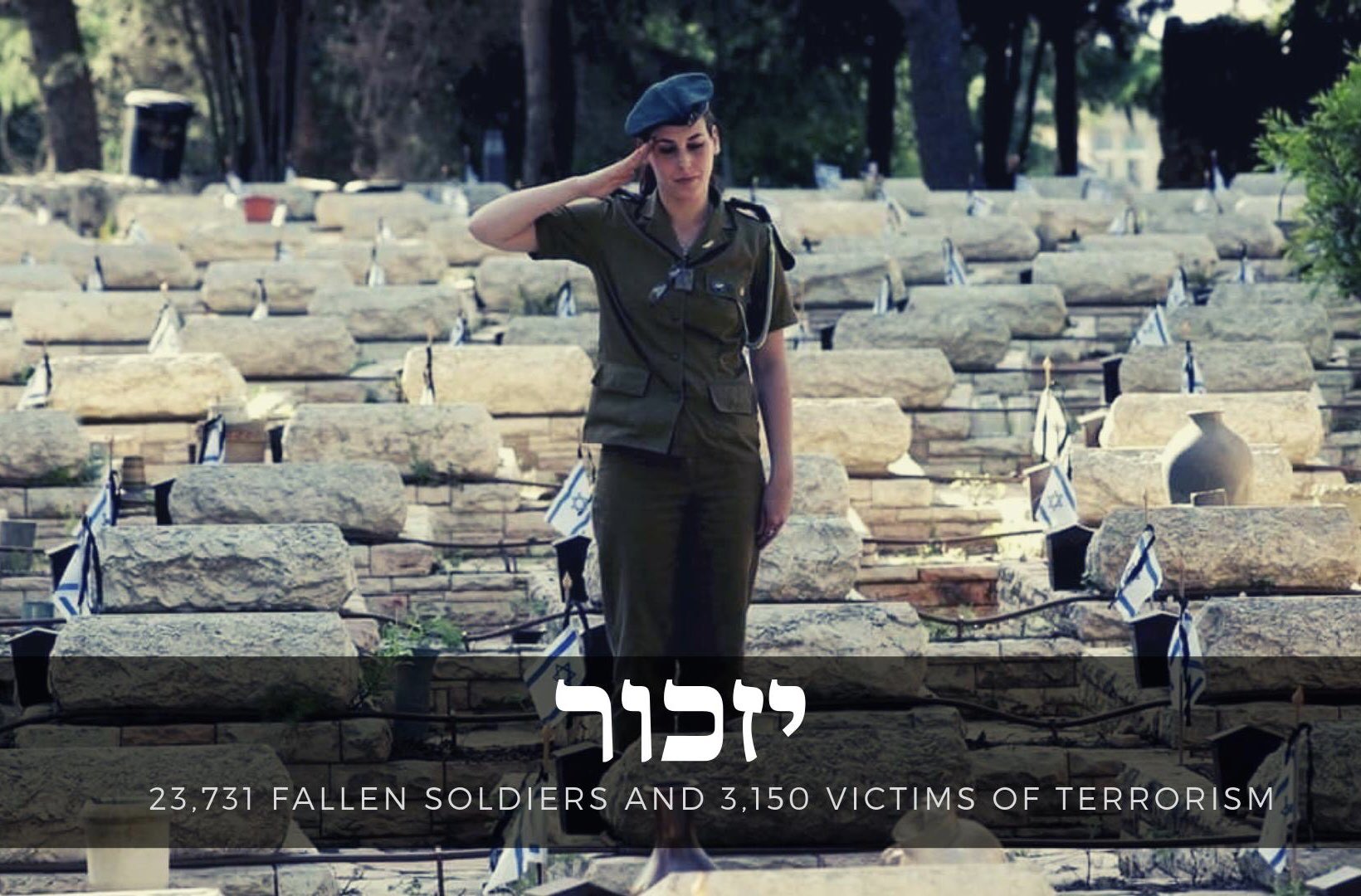 Yom Hazikaron, Israel’s Memorial Day for fallen soldiers and victims of terror, began last night at sundown with the sound of the siren, as Israelis commemorated their fallen with a one minute siren at 8 pm and a ceremony at the Kotel. I was shocked at the number of names added to the sad list of the fallen, whether in the army or victims of terrorism:

Israelis paid tribute Tuesday evening to the country’s fallen soldiers and terror victims, bowing their heads at 8 p.m. for a minute of silence as sirens sounded nationwide, marking Memorial Day.

In all, 95 new names were added over the past year to the roster of 23,741 soldiers who died defending the country. They include 40 disabled veterans who passed away due to complications from injuries sustained during their service. Sixteen names were also added to the list of terror victims who perished in attacks, bringing the total to 3,150.

In his speech, Rivlin referred to that fact that this is the first Memorial Day since Israel secured the return of the remains of Zachary Baumel, a Brooklyn-born IDF soldier who had been missing since a 1982 battle in Lebanon in which he was presumably killed. Reports have pointed to intensive efforts to find and repatriate the bodies of other Israelis thought to be in Syria for decades.

“Dear families, citizens of Israel. A month ago, we brought Sergeant First Class Zachary Baumel to eternal rest, 37 years after he fell in the battle of Sultan Yacoub,” Rivlin said in his speech. “In this way, the State of Israel kept its promise to every mother and father in Israel, the obligation to bring home the men and women who did not return from battle. This is a commitment that we continue to make to the families of every one of the missing soldiers of the IDF and those fallen soldiers whose place of burial is unknown. We will not cease until they have all been brought back.”

The bodies of two Israeli soldiers missing since the 2014 Gaza war, as well as two Israeli civilians who went missing after entering the Strip of their own accord, are believed to be held by the Hamas terror group.

Speaking at the Western Wall Tuesday, Rivlin said the state was built on the twin promises of providing “a life worth living for our children, quiet and secure, and to bring them home even if they did not return from battle.”

“The commitment that accompanies [the parents of soldiers] … is the promise that the state that we have been building here for almost 71 years will be a country fit for our children and grandchildren — strong and secure, and at the same time just and fair,” he said. 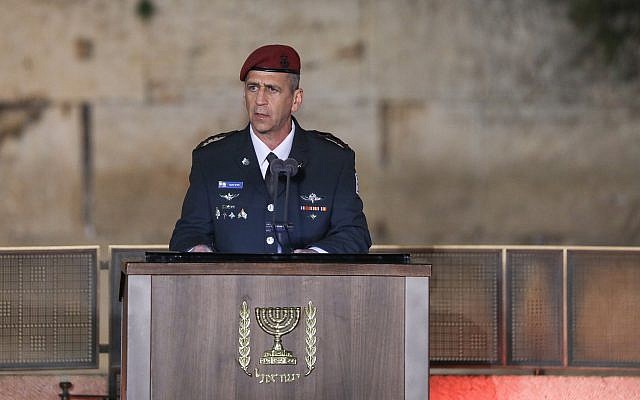 Army chief of staff [Aviv] Kohavi likened the sirens blaring through the country to “the cry of a mother who has lost her son and a daughter who has lost her father,” and called it “a unique moment that let’s us feel the heart’s cry and the storm of emotions.”

“But the siren has another power,” he continued. “It erases borders between camps, dissolves barriers and unites the nation.”

He vowed to try and lower the number of Israelis killed in war and otherwise, and to continue efforts to return the missing soldiers.

The memorial candle at the Kotel ceremony was lit by

The memorial candle at the event was lit by Yonat Meshoulami, the widow of Staff Sergeant Ami Meshoulami, who was killed on August 12th, 2006 during the Second Lebanon war. Professor Meir Shalit, the father of Omer Shalit, who was killed in the military helicopter disaster of 1997, was tapped to recite the Kaddish mourner’s prayer for the dead.

Earlier in the day Prime Minister Binyamin Netanyahu spoke at the military cemetery on Mt. Herzl in Jerusalem:

The Prime Minister made the comments during his address at the annual Yom HaZikaron Israeli memorial day ceremony at the central military cemetery on Mount Herzl in Jerusalem Wednesday morning.

“This morning, on my way here, I heard that Iran intends to pursue its nuclear program,” Netanyahu said. “We will not allow Iran to achieve nuclear weaponry. We will continue to fight those who would kill us.”

Netanyahu’s comments came after Iran’s foreign minister, Javad Zarif, said Tuesday that his country would reduce some “voluntary” commitments within its nuclear deal.

The Mt. Herzl ceremony was attended by Israel’s national dignitaries:

The memorial candle at the event was lit by Yonat Meshoulami, the widow of Staff Sergeant Ami Meshoulami, who was killed on August 12th, 2006 during the Second Lebanon war. Professor Meir Shalit, the father of Omer Shalit, who was killed in the military helicopter disaster of 1997, was tapped to recite the Kaddish mourner’s prayer for the dead.

Today, during the day, there was another memorial siren at 11 a.m., following which Israelis attended military cemeteries around the country to commemorate their loved ones. The IDF makes sure to send at least one soldier to attend every single grave of the fallen soldiers, preferably from their own unit. This is a beautiful way to make sure that no fallen soldier remains “alone” on memorial day, even if his death occurred many decades ago and there is no family left. 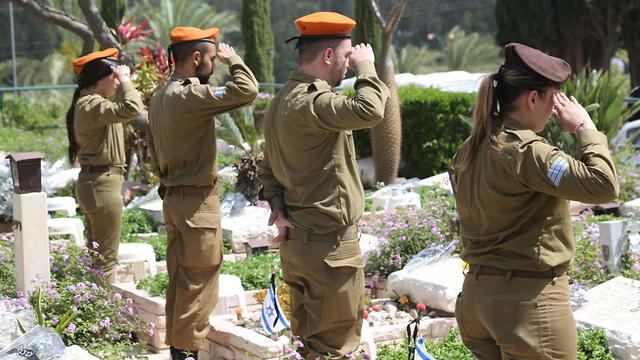 There is also a government-run Yizkor page where you can light a virtual candle in memory of fallen soldiers and victims of terrorism.

Here is a very poignant video clip of Miriam Peretz, who lost two sons in Israel’s wars, and yet has overcome her own sorrow to become a powerful spokesman and motivational speaker:

The news that no mother wants to hear: pic.twitter.com/BACkQcwGfe

And here is an official Yizkor page for victims of terrorism. When I start to think about how many candles I could light my blood runs cold and my heart and my eyes weep. May they all, soldiers and citizens, be melitzei yosher for Am Yisrael and may their memories be for a blessing.