I’ve written many times about the scourge of antisemitism in Britain, particularly in the Labour Party. Today the Brits are going to the polls and we are praying that Jeremy Corbyn will be kept far away from No. 10.  The thought of this man reaching power is terrifying. I will (bli neder) update this blog about the British elections later.

Antisemitism however is not confined to one country or one political party. We have seen two deadly attacks in the last year or so in the United States. In the first attack, 11 Jewish worshippers were murdered in their synagogue in Pittsburgh, and in the second attack a Jewish woman was murdered in her synagogue in Poway, California.

Scene of the attack in Jersey City

On Tuesday another murderous antisemitic attack took place, this time in a kosher supermarket in Jersey City, New Jersey. Two members of the Jewish community were killed, as well as a policeman and a worker in the kosher supermarket.

At first the attack seemed to be random because there are many shops as well as a Catholic school and a church on the same block. But it later became clear that the kosher store was the target, and the attackers were members of the antisemitic Black Hebrew Israelite community – NOT to be confused with the Black Hebrews who are peaceful.

The shooters who unleashed a deadly firefight in Jersey City deliberately targeted a kosher grocery, the city’s mayor said Wednesday, suggesting that it was an anti-Semitic attack.

“Last night after extensive review of our CCTV system it has now become clear from the cameras that these two individuals targeted the Kosher grocery,” wrote Jersey City Mayor Steven Fulop on Twitter.

The BBC also reported that the kosher store was deliberately targeted, and also provides a timeline of the attack:

The mayor of Jersey City, Steven Fulop, told reporters that street cameras showed two people “slowly” drive towards the market, then “calmly open the door with two long rifles and begin firing from the street” into the shop.

Public safety director James Shea said video showed they parked their van “and immediately began firing on the location”. Asked how police were certain that the shop was targeted, he said the men had “bypassed” many other people walking on the street to attack the store.

The attackers have been identified as David Anderson, 47, and Francine Graham, 50.

Sources tell NBC that Anderson was a follower of the Black Hebrew Israelite movement, whose believers say they are the true descendents of ancient Israelites.

The New York Times and New York Post reported on Wednesday that one of the suspects had made anti-Semitic and anti-police social media posts online before the attack.

The violence began at a cemetery about one mile (1.6km) away from the grocery store.

The suspects killed Detective Joseph Seals, 39, who approached them for questioning about the murder of an Uber driver over the weekend, New Jersey Attorney-General Gurbir Grewal said.

The pair fled the scene in the van and drove to the kosher supermarket at 12:20 local time (17:20 GMT) where they held off armed police and federal officials for four hours, shooting off hundreds of rounds of ammunition.

The attackers had opened fire on the shop before entering, alerting two officers on foot patrol who began firing at the suspects until they were injured by the attackers’ gunfire.

On Wednesday, the Jersey City Mayor Fulop said “had they not been there and not responded, more people would have died”.

An active pipe bomb was found in the suspects’ vehicle, police say. Reports indicate that a rambling note was also left inside for police to find.

The incident ended just before 16:00 when officials used an armoured vehicle to ram through the front entrance of the shop and found the bodies of the attackers.

The shooters left a note explaining their actions:

It was revealed this morning that one of the two shooters in Jersey City left behind a handwritten note explaining his actions.

“I’m doing this because my creator is making me do it, and I hate who He hates,” it said. According to a Channel 12 News report, the note was inside a stolen truck that both shooters drove to the scene of the shooting.

The shooters were identified as David Anderson and his girlfriend Francine Graham, 47 and 50 respectively. The two identified themselves as part of the “Black Hebrew Israelites”, another group claiming to be the “true Jews” and that has been defined as a U.S. “hate group”.

The two Jewish victims were Mindy Ferencz, who co-owned the store and Moshe Deutsch, a yeshiva student. Along with them were killed Douglas Rodríguez, a native of Ecuador and a store employee; and Det. Joseph Seals, a father of five. 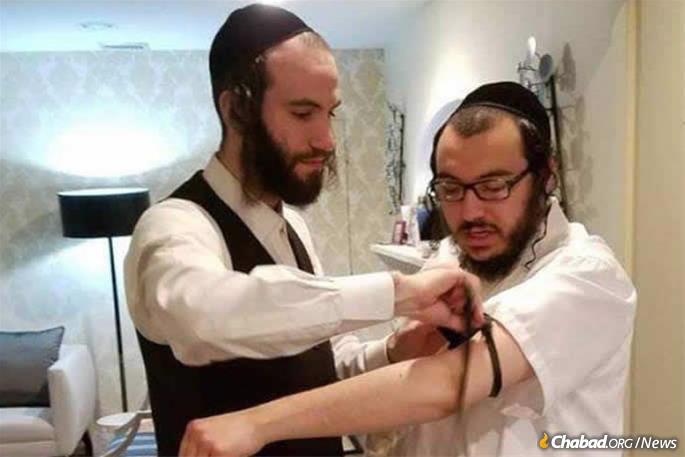 Moshe Deutsch Hy’d, 24, left, was killed in the attack 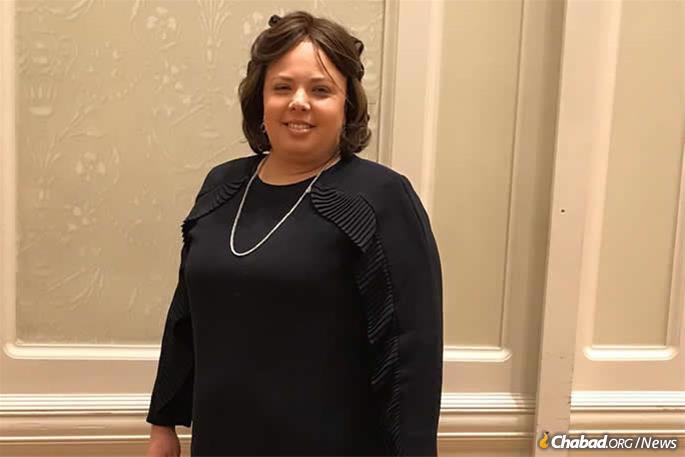 Thousands attended the funerals of the two Jewish victims:

“You always looked after the children every morning and made sure they were fine and on their way to school,” he told his wife. “When I asked you for help at the shop you came to help. You helped every new family who came to live here. You were kind. You were a righteous women and you had a smile for all. You were an exemplary mother, the children miss you.”

Ferencz, 33, was one of the first residents of the Hasidic community established in Jersey City. Together with her husband Moshe David, they came from the Williamsburg neighborhood of Brooklyn and opened the first Jewish store in the new community.

The funeral of Moshe Deutsch took place in Williamsburg with the participation of the Admor of Satmar. During the funeral, the many acts of kindness that he did during his short life were recalled.

The surging rise in antisemitic attacks in the US has the Jewish community afraid and angry. In particular the Orthodox Jewish community have been targeted in several violent attacks, but the silence surrounding these attacks is deafening, as Eli Steinberg, an Orthodox writer describes in The Forward:

The recorded levels of hate crimes continue steadily rising in New York and across the country. Government bodies in townships and municipalities overtly discriminate against Jews, using zoning laws to keep them from moving in, and when they do, to keep them from being able to practice their religion or worship. And social media keeps on becoming an ever-growing petri dish of sickening proportion, where Jew-hatred is cultivated and allowed to fester unchecked.

And yet these stories — these real and verifiable stories — for the most part go untold.

Anti-Semitism is seemingly only worth covering if it can be framed in political terms, with President Trump and white supremacy on one side and the Jews and everyone else on the other. The capacity for discussing anti-Semitism in any other way, using any other frame, simply doesn’t seem to exist.

People may think we are having a national conversation about anti-Semitism, but we really aren’t. What we keep on talking about is politics. If we can’t fit every story into the preconceived narrative we’ve built in that arena, we just ignore it and search for a story that we can.

Then we ignore it.

When people can only recognize anti-Semitism when it comes from the other side of the aisle, it isn’t ant-Semitism which bothers them; it is their political enemies. It isn’t Jew hatred that is at stake but politics, and winning.

And the Jews — the visibly Orthodox Jews — who are the ones bearing the brunt of the violent anti-Semitism, are the ones who suffer, just because we, and the “type” of violence we are enduring, don’t fit neatly into the political box so many wish we would.

I don’t see how this terrible situation is going to be fixed any time soon unless people – not just Jews, not just conservatives or progressives or whatever, but all people everywhere, wake up and take action to stop this bigotry and racism before it gets any worse.

This entry was posted in Antisemitism, Terrorism and tagged antisemitism, Jersey, New Jersey, shooting, US Jewish community. Bookmark the permalink.