The world’s gone mad – attacks all over Europe and beyond

It has come to the situation where you wake up in the morning and are scared to turn on the news for fear of hearing about yet another ISIS-inspired atrocity, a mass shooting, hostage taking or worse. Europe is under attack by Islamic terrorists yet the authorities are having a hard time combatting the phenomenon, or even admitting that Islamic fundamentalism is a prime motivator behind these attacks.

As illustrated above, in the past week there have been four attacks in Bavaria and elsewhere in the south of the country. From the BBC:

Ten people have been killed and dozens more injured in separate gun, bomb, axe and machete attacks. Three were in Bavaria and one in Baden-Wuerttemberg.

The authorities say they were not linked – but do they herald a new era of insecurity for the country?

On 18 July, a teenage Afghan refugee hacked at passengers on a train in Wuerzburg with an axe and knife, wounding five. He was shot dead by police.

On 22 July, a German teenager of Iranian heritage shot dead nine people in Munich before shooting himself dead.

On 24 July, a 21-year-old Syrian refugee killed a woman with a machete and wounded five other people as he fled before being arrested.

Later that day, a 27-year-old Syrian whose refugee application had been refused blew himself up outside a bar in Ansbach. Fifteen people were wounded.

How many attacks were terrorism and how many “ordinary” crime?

Were they terror attacks?

The attack in Wurzburg has been claimed by so-called Islamic State (IS) while the Ansbach bomber had videos on his phone showing him pledging allegiance to the group, Bavaria’s interior minister said.

The attacker’s bomb was packed with metal fragments and he had been attempting to gain entry to a music festival which more than 2,000 people were attending.

However, police have ruled out a political motive for the killings in Munich.

France meanwhile has suffered one attack after another: from the Bataclan attacks in Paris in November to the murder of a policeman and his wife in Magnanville by an ISIS-affiliated terrorist, to the massive Nice truck-ramming atrocity, and just today, yet another attack: a deadly knife-attack and hostage-taking in a church (a church!) in Normandy:

Two men armed with knives took hostages in a church in northern France before being killed by police, officials said Tuesday morning.

At least one hostage was killed, a police source told AFP.

Four to six people were held in the church in Saint-Etienne-du-Rouvray, near the town of Rouen in the Normandy region, according to Reuters. 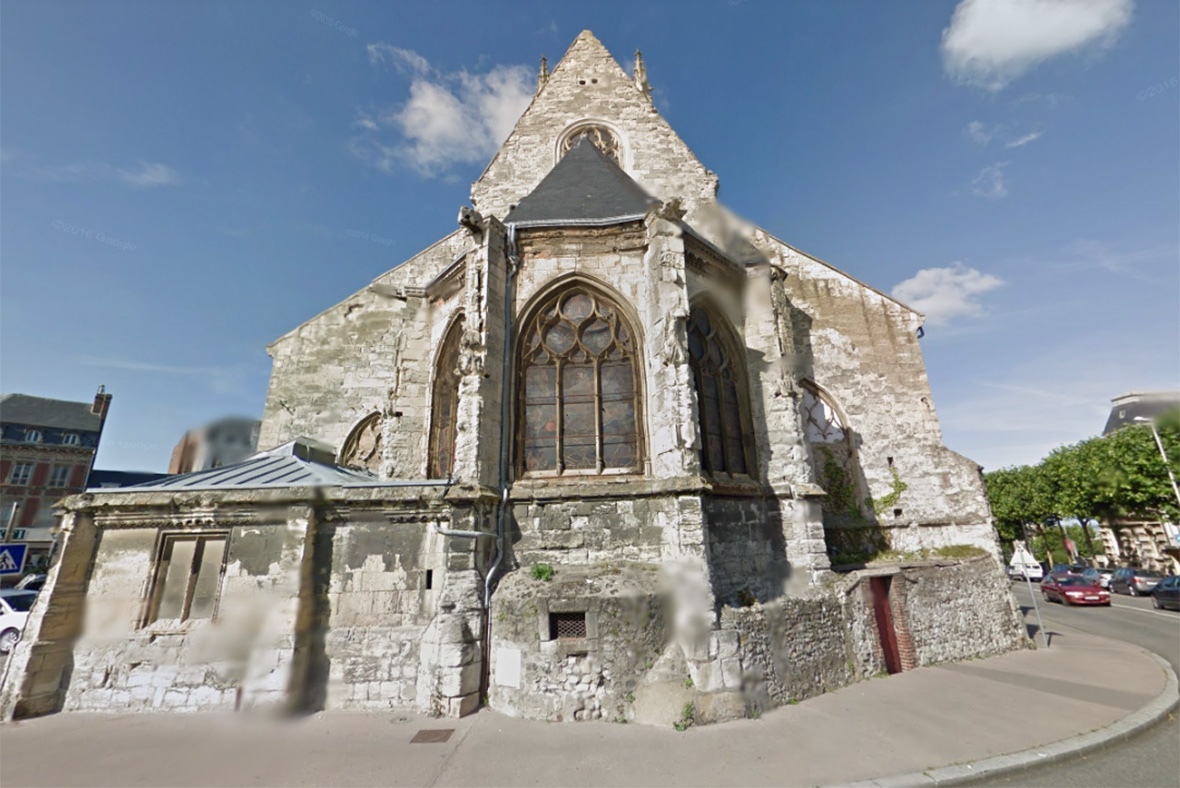 Church of the Gambetta in Saint Etienne du RouvrayGoogle

Scene of the attack on the Normandy Church

The Le Figaro newspaper reported five people were held, including a priest and nuns.

It’s not immediately clear who the knifemen are or if the incident was related to terror.

Belying this “mystery”, the Jerusalem Post clarifies (for those who couldn’t guess):

A police source said it appeared that the priest had had his throat slit.

That is classic ISIS methodology.

According to the French magazine Le Point, the attackers shouted “Daesh” (the Arabic acronym for Islamic State) when entering the church.

And before you start to believe that fundamentalist Islam is behind most of these attacks, here comes a former American Congresswoman to teach us who is REALLY behind this wave of terror:

So now you know…

This is all above and beyond the failed “coup” in Turkey – which is looking more and more like a false-flag operation orchestrated by Erdogan himself so as to enable himself to arrest or kill his opponents. Far from “restoring democracy”, Erdogan’s counter-coup operations are carrying out mass arrests, torture and even murder.

Meanwhile all the way over in Japan, a crazed former care-worker stabbed and killed 19 residents of a care home!

Have the fundamentalist Islamic terror attacks inspired and influenced the other crazies out there? Has the neglect or wilful blindness by governments and the UN caused the terrorists as well as criminals to think they can continue to get away with it?

Abu Yehuda has two excellent articles on this very subject. He identifies the problem in his article “Islam is not a religion” in that the West, particularly the US, cannot bring itself to call a spade a spade. He then issues a call to action in his post “who will cut off the head of the snake?”. Both are well worth the read.

But until any of these recommendations are carried out, my gut feeling is – stop the world! I want to get off!