the UN Educational, Scientific and Cultural Organization — passed a resolution called “Occupied Palestine”  by a vote of 22-10, with 26 countries abstaining or absent, on Tuesday.

The resolution calls on Israel to rescind any “legislative and administrative measures and actions” it has taken to “alter the character and status” of Jerusalem. It rejects the idea of a “basic law” in Jerusalem, based off of a 1980 Knesset law, which implies that the city is one unified whole and governed solely by Israel.

The vote was taken on Israel’s Independence Day and follows a highly controversial UNESCO resolution passed last October that ignored Jewish ties to the Western Wall and Temple Mount sites.

And what timing! It surely was not coincidental that this bunch of bigots chose Israel’s Independence Day to hold this vote that by extension essentially denies the Jews’ right to their own homeland. After all, if Israel has no right to its capital, how could it have any right to the rest of the country?

This vote took place despite the demand by US senators that UNESCO stop delegitimizing Israel, a demand that was utterly ignored by the hypocritical UN institution.

The resolution would be utterly risible if it weren’t so dangerous. It gives cover to the Muslims’ claims to the Temple Mount and the Old City and denies any Jewish connection to Jerusalem at all throughout history. This in turn is a key source of the constant friction, incitement and violence by Muslims against Jewish prayer on the Temple Mount. 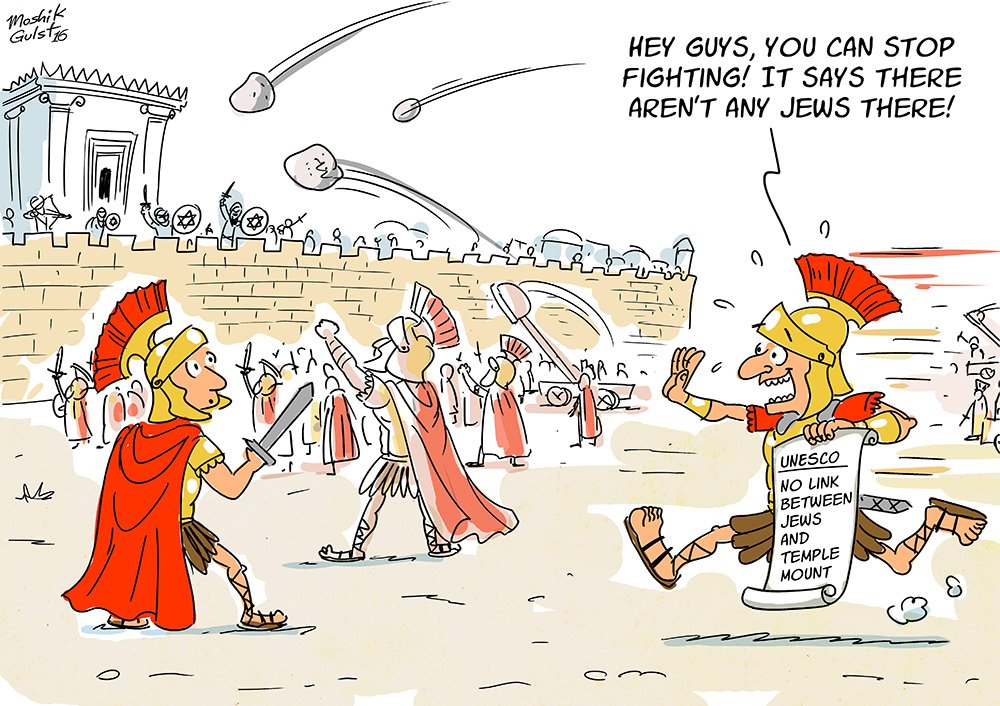 Yes, Israel did score a “moral” victory in that almost all the civilized Western countries voted against the vote or abstained – BUT it still was not enough to prevent the resolution from passing.

Hillel Neuer, who heads the watchdog group UN Watch, tweeted that despite the outcome, Israel won a “moral victory” in the voting process. He noted that the United States, Germany, the United Kingdom, Greece, Italy and the Netherlands all voted no, and that India abstained.

Moral victory for Israel on Independence Day: @UNESCO condemnation over Jerusalem gets least votes ever: 22-10, with 26 abstain or absent. pic.twitter.com/ndCK46tor1

I say “almost” all Western countries because as you can see from the table above, one Western country did vote for the resolution: that most enlightened of countries, Sweden.

#Sweden was only European democracy to vote at #UNESCO condemning Israel in Jerusalem, joining Islamists Sudan and Iran. @margotwallstrom

It is gratifying to note that the US rejected the biased UNESCO resolution. And Culture Minister Miri Regev was entirely correct to demand that the Israeli government shut down UNESCO’s offices in Jerusalem and return the land to the state. But until the institution changes the makeup of its membership and governing committee, nothing is ever going to change.

The resolution also has almost no practical effects on the ground – BUT it will be a source of more incitement and more anti-Israel hatred amongst those who are looking for any excuse to fight not only Israel but the Jews.