Posted on 9 September 2018 by anneinpt

Shana Tova! May the curses of the old year be gone, may the New Year with its blessings begin

Rosh Hashana, the Jewish New Year, begins tonight, and lasts for 2 days, until sundown on Tuesday night.  The Jewish year follows the lunar calendar, and the number counts the number of years since Creation. This year we will mark the beginning of 5779.

The holiday is marked with the blowing of the Shofar (the ram’s horn), which is meant to literally sound an alarm to wake us up from our bad ways and return us to the righteous path.

Even our Challahs are baked in a round shape to symbolise the circle of life and the circle of the year. They are often extra-sweet and have raisins inside for added sweetness. Here are my very own challot freshly baked out of the oven 🙂 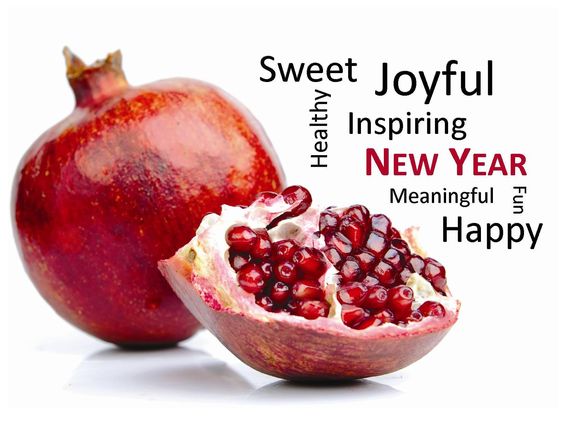 Every Rosh Hashana, the Israeli Bureau of Statistics issues the latest population figures, and this year, as in every previous year, we are delighted to learn that our population has grown, now hitting 8.9 million: – and we are a happy bunch!

Israel has 8.9 million residents, 89% of whom claim to be happy with their lives.

This past year has proven to be one of new beginnings and development in the small Middle Eastern country. Throughout this past year alone, 25,000 new olim (immigrants) moved to Israel and 175,000 babies were born here.

The State of Israel contains 2.51 million households. 52,809 couples got married throughout this year, while 14,819 separated.

The start-up nation is not shy about its high-ranking education systems, especially with the recent report in which both the Technion University in Haifa and the Hebrew University of Jerusalem were ranked in the top 100 universities in the world.

Altogether throughout the country, there are 63 institutions of higher education with 313,000 students.

Considering the volatile and dangerous region in which we live, this is fantastic news on all levels – the immigration rate, the birth rate, and the level of happiness. It shows that we are on the right path, that Hashem is with us, and that we are doing something right after all! Long may this continue!

Here is our favourite diplomat, Ambassador David Friedman, wishing us all a Shana Tova in a whimsical fashion:

In this spirit I bring you this beautiful video by the Hallel Shomron Women’s Choir singing Ana Be’Koach, written by Ovadia Hamama. The words are said at the beginning of our prayers as we beseech G-d to listen to our prayers:

May I wish all my family, friends, and readers worldwide שנה טובה ומתוקה – Shana Tova Umetuka. A Happy and Sweet New Year. May we all be blessed with a year of good health, joy, prosperity and peace. May we all be inscribed in the Book of Life.

May you be inscribed in the Book of Life for a happy new year.